How To Stop Paying For Your Pride 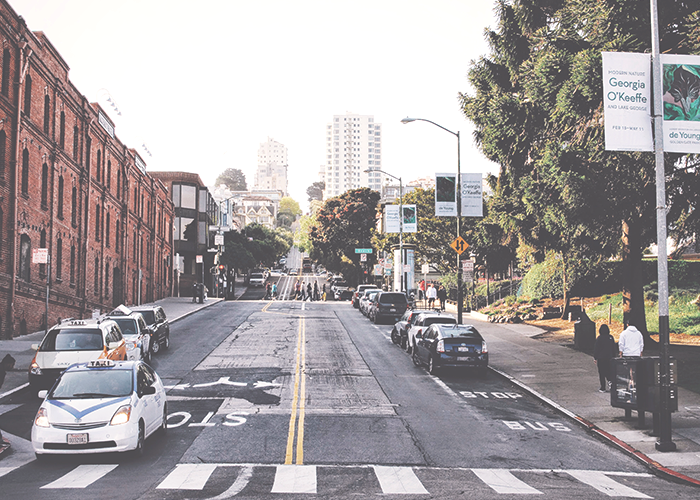 A few years ago, I spent New Year’s Eve in a chalet on the French/Swiss border, tucked into a valley in the Alps. I was with my boyfriend, some friends of ours, and some friends of theirs. It was four days of skiing (for Marc, an avid skier, not so much for me), ice skating, drinking hot alcoholic beverages, and generally soaking in the ambiance of one of the more desirable valley towns in the entire Alps region (which is saying a lot). Whenever I’ve told people this, I’ve always felt the need to clarify, immediately, that there was no fucking way we could have afforded this on our own at the time. Our friends owned the chalet, and all we had to pay for were the tickets, food and drink, and whatever ski stuff we needed. It was a way of peeking into the window of luxury, the way you might look into the window at Bergdorf Goodman in December, before you kept walking to TJ Maxx.

For us, it was an enormously rare thing. For them, it was one trip of many they’d make that year to their chalet. And though, yes, there is always a dynamic at play when you are not able to afford something the way the other travelers/attendees are, I never once felt shame about the freebies, nor have I regretted it since. It’s an incredible memory that I will always have, and the feeling of being at the bottom of the massive, quiet, ice-blue alps at the very last minutes of daylight each evening is something that I feel forever altered me. Certain natural surroundings change your perception of life, and your place within it, and a mountain range as spectacular as the Alps was one of those situations for me.

And I never would have experienced anything like that if I hadn’t accepted that someone else pay for the lion’s share, because they wanted to. This was a rather unusual thing for me, as I was always (like many people) afraid of becoming someone’s charity case. I didn’t like accepting being treated to things, because I felt a) ashamed/pitied, and b) like it would make me owe them in some capacity, which I wanted to avoid at all costs. (Often because I was incapable of returning the favor, financially, and I knew that.)

What made that scenario different, I think, was that the couple inviting us was so drastically different from us financially that it felt silly to refuse. When someone is in an obviously different place, it eliminates much of the stigma because there is nothing you could be expected to reciprocate, and in no way are you in any sort of competition. (They were also significantly older, which contributes to that dynamic, as well.)

But when it’s someone in your own group, your own age range, your own industry, your own general set of financial circumstances — it can feel weird. And for those of us who have experienced true broke-ness, when you were actively having to borrow money from people to pay for things (or explain why you might be late on something, likely not for the first time), it feels impossible to escape that feeling of unworthiness. Having experienced financial insecurity of any kind can make the idea of “being treated to something” forever sting, and make you feel ashamed. I know this well, and for a long time, even on things where it would have been silly not to accept (things like birthdays, for example), I went out of my way to refuse anyone’s offer for a drink or food, because I wanted to prove that I could pay for it myself.

Having since accepted certain things as gifts, sometimes reciprocated and sometimes not, I can confirm that, as long as you are intelligent about when and how you accept, you don’t regret it. And more importantly, having been on the other side several times now myself (offering everything from drinks to plane tickets to places to stay), I can confirm that it never feels like charity. I have always felt strongly that, when it comes to friendship and experiences, money should be as fluid as possible. I’ve told multiple people, “The money is not what’s important — what’s important to me is that we can do this together, and if I can afford it, I would rather spend the money so that we can have this memory.” I’ve always meant that in sincerity, and taken it as an extreme honor when people have trusted and felt comfortable enough with me to allow me to cover some expenses. And hopefully the reverse has been true, as well.

Because it is an extreme sign of closeness, to accept that someone won’t judge you or expect anything in return. And if the two of you are in surface-level-similar situations, it’s even more of a statement, because it means you understand and accept that any number of factors could be conspiring to make one party not able to afford something. It’s a sign of empathy, of love, and of “I want you here, and I want to be here” on both sides. In the right context, and with the right communication, it can be a great feeling.

So while I encourage people who might need help to not let their pride cost them something dear (not being able to afford the ticket to a very important event for a friend or family leaps to mind as one common example), I also encourage people who have the opportunity to treat to do so, and put it in the right context. One of the most beautiful things that can come from a truly close and open relationship (friendship or otherwise) is this fluidity with finances, and the intimate understanding that we are not alone in life. We can count ourselves as part of a tribe, and rely on that tribe when we need it, just as we can give when we have the opportunity.

We go through so much of life viewing money as a taboo, and the idea of accepting it as a deep source of shame. There should be times when we are all capable of not letting our pride become an expense, and people with whom our guard can be let down. Above all, we should always remember to be grateful — grateful that there is someone who wants to treat us, grateful that we have the resources to treat someone, grateful that we may be able to see something as incredible as the Alps rising around us at night because someone else enabled us to.