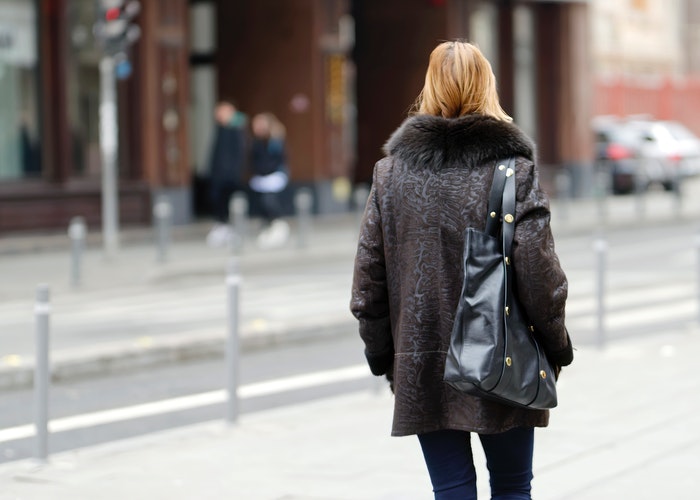 Disclaimer: This piece deals heavily with the topic of abuse. Please only continue to read if you feel it is healthy for you to do so.

One of the most common sticking points between couples – especially married or cohabitating couples – is money. Whether there’s not enough of it, one partner is spending it foolishly, or your spending habits are starkly different, money can expose some ugly feelings.

But sometimes those conflicts can end up growing your relationship. When it comes to money, the more you talk about it transparently in a relationship, the better. But those talks are sure to lead to a few fights since money is such a fraught topic for most of us. So how do you know the difference between a big-but-important fight that will lead to more financial maturity and financial behavior that is actually sneaky, manipulative, and abusive?

Financial abuse is about control

Financial abuse occurs in 99% of physically abusive relationships, according to the National Coalition Against Domestic Violence. But it can also occur in relationships that don’t outwardly fit the bill of “abusive.” But with a definition that can cover a broad range of behaviors, some of which touch on behavior we tend to think is “normal” between couples, how do you know when you’re experiencing — or perpetrating — financial abuse?

In the context of intimate partner violence (IPV), financial abuse is defined as a form of abuse in which one partner has control over the other’s finances and access to financial resources. This usually results in the victim losing their capacity to be independent of their partner and thus has a cyclical nature.

There’s a link between financial abuse and wealth inequality

But Helen Ramirez, a professor of women and gender studies at Wilfrid Laurier University in Waterloo, Ontario, says it’s impossible to look at financial abuse in a vacuum. Even in the context of IPV, one has to understand the abusive nature of financial inequality within society more broadly. “You absolutely cannot divorce IPV from the broader contexts,” she says. “If we talk about the macro conditions, it comes back to a combination of white patriarchy and capitalism — the ways in which we think of where we have to live, how our culture demands a shitload of money to feel like decent people, decent parents.” Ultimately, financial abuse is about limiting the amount of control a person has over the conditions under which they live their life, Ramirez says

And because of the broader social pressures, financial abuse can sometimes even appear sympathetic. A partner who takes and takes, or who seems desperate to keep control of their money, might seem justified because they’re just attempting to keep up with the Joneses, to present the image of success, to appear more white-collar than blue-collar, to be more comfortable with their appearance, or to live in a better part of town, she says. “Representation of a successful life is so expensive,” says Ramirez, “And these biases aren’t going away. As long as people are compelled to compete against one another, the abuse will not go away either.”

There are different ways one can experience financial abuse as a victim. In some cases, it’s more overt and often places the perpetrator in a “gatekeeper” role. Shannon Thomas, a licensed clinical social worker and author of Exposing Financial Abuse: How Money is a Weapon argues in Yahoo Finance that there are “a lot of underpinnings of psychological games that get played with financial abuse.” The abusive partner will position themselves as one who grants access — whether that’s by controlling the couple’s banking and credit cards, to providing an “allowance” rather than access to their own money, or to sabotage and/or control the victim’s career decisions. For separated or divorced couples, financial abuse can also manifest in hiding income or assets during or following court proceedings, or to dodge child support payments.

But in some of the most subtle cases, it might be actions like a partner always asking for money and having an ever-updated laundry list of reasons they need to depend on you — like their paycheck was late, or they had an unexpected expense. It could also revolve around secrecy; maybe your partner has a large debt that they are keeping from you, or aren’t forthcoming about their spending habits. On the other hand, there are partners who are the more generous, gift-giving types, but they will readily weaponize that nature — constantly bringing up or even threatening to withdraw some of those “gifts” if you two can’t agree on something, or if you anger them.

You might be wondering to yourself: Don’t some of these things feel a little benign? Maybe you’ve experienced something like this from a partner, or even done it yourself, but it never felt abusive.

Even I’ve admittedly been on both ends of some of these behaviors. At the beginning of our relationship, my now-husband and I were driving on the highway and my car broke down. And then, so did I. Between the cost of the tow and the new alternator, I couldn’t pay to save the car and also afford my rent, so my husband picked up the $400 tab, and I, in turn, felt horrible for guilting him into spending so much money on me. More recently, I found out my husband had made a big financial decision without talking to me first. Both cases resulted in a few talks, and we felt good about our respective decisions and resolved to do better as we moved on,  but admittedly seeing the word “abuse” applied to such behaviors can cause a great deal of internal panic. After all, spending behind someone’s back might be considered a form or manifestation of financial abuse — but getting upset at your partner spending money can also be considered a form of abuse if we’re following the definition strictly.

So when does the line cross between benign money issues and full-blown abuse? Like all other forms of IPV, Ramirez says the common theme is control. “By keeping someone dependent, that is the ultimate form of control.” When there is a pattern of, in Ramirez’s words, “limiting the choices someone has outside of a relationship,” that is when the behavior is easily classified as abuse.

Where to get help

If you don’t necessarily feel fear or intimidation, but concern, approaching the subject or even bringing it to a counselor should be a good step. But if the partner becomes defensive or feels like they’ve been “exposed,” then this shows that they know their behavior is problematic and shameful but want to blame you for it. And this might be a sign that you cannot grow together.

The other factor that makes behaviors abusive, says Ramirez, is when it’s cyclical in nature. She’s known, taught, and worked with women who have experienced IPV and says when you understand how financial abuse works, you start to understand the behavior of victims more. “There have been cases where there was money available, but when [the victim] announced that she was leaving, he was able to withdraw all the money and hide it, and she had no access to it. So when we talk about women returning to relationships 13 and 14 times, there’s a complex amalgam of reasons why.”

Financial abuse is also, Ramirez notes, a deeply intersectional issue. While financial abuse doesn’t discriminate against gender, race, sexuality, class or anything else, experiencing financial abuse as a marginalized person can make leaving or moving on that much harder. For example, says Ramirez, “There are assault and treatment centers that can help victims hide money in order to have enough to leave the relationships — but that only applies if they have access to money in the first place.” It’s also easier to leave if you have a support network of friends or family, which might be harder to come by if you don’t have a great relationship with them or are geographically isolated.

Support centers can also be difficult to find, or even nonexistent, depending on your area. And even if they are present, the depth and breadth of services they’re able to provide can vary based on funding models. Ramirez lives and works in a region of about a half-million people, but, she says, the centers still can’t perform to the best of their abilities. “People in the field have been speaking up in the last six months about the fact that it hasn’t gotten any better. Many of the resources are so taxed in terms of people needing access to them, and because our provincial government has refused to up the kind of money they need to extend their services, it means there are waiting lists that are just enormous.” If you’re looking for help, the National Domestic Violence Hotline is a good place to start, as is the National Network to End Domestic Violence.

How to spot financial abuse in loved ones

One thing Ramirez warns is that any kind of IPV, including financial abuse, might present in ways that, on the surface, make us frustrated with the victim. “Too often, you find more complaints with the person who’s experiencing abuse and not often the perpetrators,” she says. For example, a person might constantly be late, spacey, poorly dressed or prepared for tasks. They might be emotional, irritable, or fragile, and they might express issues with trust that seem off-putting.

That’s because the impacts of financial abuse are long-lasting, says Ramirez.

“People who are beaten down so thoroughly often carry this absolute self-hatred,” she says. “It’s a sense of utter failure as a person.” Financial abuse victimhood can lead to anxiety, depression, or suicidality, says Ramirez, because of the inescapable feeling of hopelessness. Or, she adds, people might turn to decisions that society doesn’t always view as moral in order to have money that they can access themselves.

“Often the only way you can exit a violent relationship is access to income — sex work is one of those ways.”

If you do know someone who is in a financially abusive position or recognize that you are, one thing Ramirez urges is not to think of it as, simply, “sad.” “Sadness shuts down the conversation because we’re uncomfortable. Anger demands action,” she says. “We cannot continue to close our eyes or do the assessment of the kind of economic system that allows this.”