How My Husband & I Stopped Fighting About Money 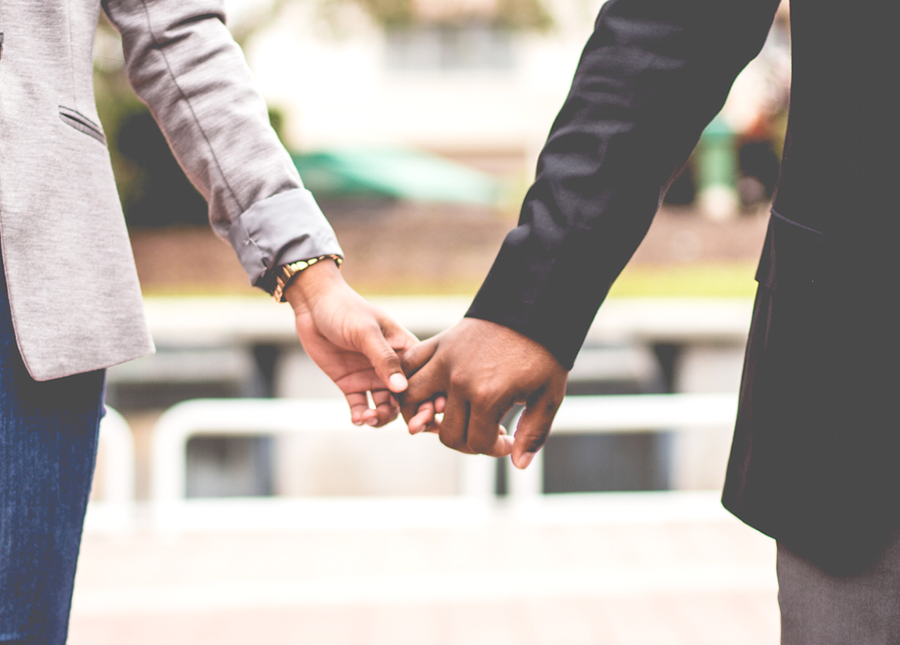 I was chatting with a coworker the other day, and she mentioned some disagreements she had with her husband over money. She explained that while she saved and planned for big expenses, he felt that since he worked a lot of hours and frequently got overtime, if on his days off he wanted to buy something, he should be able to. She agreed that he “deserved” this.

I was totally horrified. Besides the obvious red flag that these grown-up, married people weren’t talking about money as equal partners, I have already, in my 27 years on this planet, learned that money does not care about what you “should” be able to do.

This is my favorite thing about money and personal finance. The emotions and value judgments with the word “should” don’t really have any place. The thing about money is it doesn’t matter if someone thinks there should be enough for new clothes or a MoviePass subscription. There either is or there isn’t. There is a finite amount, and you have to decide what to do with it. And this is still an absolute truth when you start combining finances with someone else. Knowing and communicating your exact situation can take all the “shoulds” and high emotions out of the money talks with your significant other.

Money comes with a ton of emotions for most people, especially when there doesn’t seem to be enough of it. But most of those emotions are really different ways of expressing one feeling — fear. Of course, no amount of knowledge or hard work can fix the fear that comes with truly not having enough to make ends meet. In that situation, no option but increasing income or reducing expenses will work. But you already know that.

If you do have enough to cover your expenses, be saving, and maybe even fund some fun things, knowing and owning your situation to get rid of all those “shoulds” can keep you and your significant other from a LOT of fights. In my marriage, we had a lot of disagreements about money early on. We got married young and were both in our first “grown-up” jobs, living in a new city together, and without any family support for the first time. We’d had open and comfortable talks about money before marriage. We had been together for six years at the time. We even went over the topic in pre-marital counseling. They gave us Dave Ramsey books for goodness sake!

But honestly, our money concerns during our dating life were mostly about how much money we could spend on concert tickets and still afford books for the semester or cable bills. We were lucky to be very supported while we were students, so we were working through everything from how to pick a health insurance plan to what a reasonable grocery budget was to how to set up a grown-up budget for clothes that wasn’t dependent on our parents occasionally feeling bad for us and buying us things while we were visiting them (thanks, Mom).

So we took all the fantastic advice we’d been given and made our first attempt at setting up a budget. But if you aren’t used to grown-up up paychecks and grown-up bills, every detail can feel like it’s set in stone the moment you say it. Of course, fixed expenses like rent and car payments are (more or less) that way. But the idea of trying to come up with a number for how much money I needed per month for makeup or how much we each spent on gas or what was reasonable for two people to spend at restaurants in a month left me feeling constantly guilty and him feeling, from what I could tell, a little micromanaged.

We had all the tools we needed. Sound financial advice, privileged backgrounds, joint bank accounts, two jobs in the fields we’d trained for — and still I felt guilty over every lunch I bought out with coworkers and he once woke up in the middle of the night to play video games for two hours because he couldn’t imagine how we would ever pay for his grad school dreams (happy to say he’s on track to graduate in August). But what made all the difference in the world was some anxiety-inducing spending analysis. We started a budget. It didn’t reflect how our month actually went. We tweaked the budget the next month. We looked through and categorized our spending some more.

Honestly, we aren’t “done” with this process. I’m sure we never will be. We’ve both gotten raises over the last three years. We’ve finished all the saving we need to do for his education, which means our decision about what to do with bonuses or other surpluses isn’t automatic anymore. Oh, and we BOUGHT A HOUSE. We’re still working from the framework of that budget we carved out at the beginning though. For now, it works for us. It isn’t perfect, and I’m confident we’re missing some savings and overspending in some places we don’t realize. But for now, we pay all our bills on time, save heartily, give (though not as generously as we would like), and buy what we need.

Savanna Gray is a writer and editor living in Birmingham, Alabama. She spends her free time seeing if she can make homemade versions of her favorite foods for cheaper, running very slowly and with lots of walking breaks, and playing with her adorable puppy.