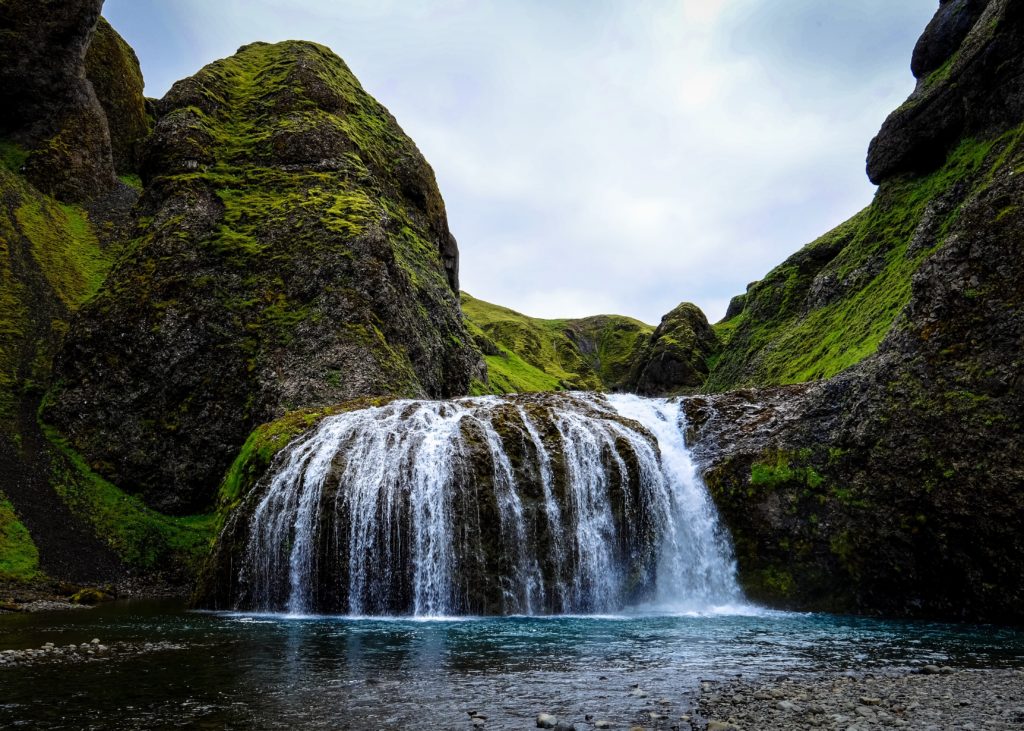 A few years back, my home country of Iceland suddenly became a popular tourist destination. When I was growing up, this was definitely not the case. Tourists used to be rare, and the odd traveler that came here most likely had a strange Viking fetish, or was a very dedicated Björk stalker. People in other parts of the world often didn’t even know Iceland existed. When I was traveling and told people where I was from, they would correct me, thinking I was mispronouncing a different name. “You mean Ireland,” they would correct me. “No, actually it’s Iceland,” I said. “No, it’s called Ireland,” they would insist, glad to be able to help who I guess they thought was a confused Irish person.

The surprising rise of Iceland tourism

Then, two rather unpleasant events happened: the complete crash of all the Icelandic banks over the course of a few days in 2008, and the volcanic eruption of Eyjafjallajökull interrupting international travel in 2010. In a strange turn of events, this translated into a perfect promotion of the country as an attractive vacation destination. To boot, the Icelandic currency, the króna, had decreased in value from its 2007 peak, making it less expensive to come here. As a result, the whole world suddenly wanted to visit Iceland.

To Icelanders, why anyone would want to spend their vacation here is a mystery. It is always cold, it is always raining, there is always wind, and to be honest, I think watching the Northern Lights is one of the least fun activities I can imagine doing in my free time. But the attention of the world worked wonders for our economy and, for some time, made life in Iceland much more fun. For example, before this, the main bus station had sat closed for many years, so when taking the bus you had to wait outside (and there is usually rain and wind) and couldn’t even buy bus tickets or coffee. Now, the bus station has been fully renovated and has a food court where they sell bus tickets and coffee. Even if you don’t want to buy anything, at least you can wait inside! There is also much more happening around the city, as tends to happen when you have more people around.

Making the most of the increase in visitors

And, due to the increase in tourism, a lot of people started putting their apartment on Airbnb and made some money off it. I never would have thought I would become one of those people, and yet I did. It happened like this: My roommate was going to travel through Europe for a month, and she wanted to not pay rent while she was away. She suggested we would Airbnb her room until she came back. I was hesitant at first, but I consented anyway. My roommate took photos, put it up on Airbnb, and we made the deal that if this went well she wouldn’t have to pay rent for that month. We would split the proceeds equitably depending on the work that each of us put in.

This was the summer of 2015, and it went much better than I had hoped. Tourism was exploding at the time, and there were not enough hotel rooms for all the tourists. I had guests for almost the entire time while she was away and earned probably around $2,000 in one month. I was also surprised by how much I enjoyed being an Airbnb host. It is a bit like traveling the world, except instead of spending money, you earn it.

Traveling the world from my own home

One of the things I love most about traveling is meeting other people and learning about their lives. When I was bonding with my guests, it kind of felt like when I was younger, talking to strangers at hostels in foreign countries. One guest was a South Korean composer in her forties having an existential crisis. She felt she had to decide whether or not she should quit her day job. She bought a one-way ticket to Iceland for three months to try to find herself, spent her first two weeks at my place, and told me stories about South Korea. I really hadn’t realized it was such a short time ago that South Korea and North Korea had been one country. Although she wasn’t born before the Korean War, it had affected her family. Some of her family members happened to be placed in what is now North Korea when it happened. Other family members mysteriously disappeared and were thought to have ended up in North Korea. So although her mother, father, and grandmother were all luckily living in South Korea, other family members ended up living in North Korea, never to be heard from again from the 1950s onwards — including her grandfather and uncles. She told me how her family had spent a large amount of money over the course of many decades, paying criminals who claimed to be able to get letters to her uncles trapped in North Korea. They never received any response.

Other times, people didn’t limit themselves to only communicating stories about their exciting lives to me verbally; they demonstrated them as well. One British couple made me realize that having Airbnb guests in my home was probably not a very good idea for the long term if I wanted to remain on good terms with my neighbors. The wife announced to me on the first day that she was a sexologist and that she loved sex. A few days later, I was going to the basement to pick up clothes from the washing machine. The lights were turned off, and as I turned them on to use the key to open up the door, I saw two people hurrying to get dressed. It was my guests trying to have sex under the stairs in the common area of my apartment building. They kept saying “we’re so sorry” while putting on their clothes. I was so surprised that my only reaction was to pretend that nothing had happened.

I still think my summer of Airbnb was a generally positive experience, and I was thankful for the extra income. However, it did have its downsides.

The downsides of running an Airbnb

Airbnb is sometimes defined as a source of “passive income” because you are generating income from a property that you own and not from work. However, I would say that there is nothing really “passive” about it. Even though it can be worth it and you can sort of do it while having another job, it’s definitely not just about letting people in and out. Your guests can and will call you at any hour. Many people called me in the middle of the night, not realizing what time it was in Iceland. They would even get angry when I didn’t answer immediately at 5 AM. I was also constantly answering messages while at work, which did not make me very popular there.

Even though on my page I said that people had to check in after 2 PM and check out before noon, almost everyone wanted to check in at 6 AM, or at least leave their bags at my place at that time. It’s hard to say no to that when you start to picture your guests dragging luggage around town tiredly from 6 AM until 2 PM. But in practice, it can become difficult to try to satisfy everyone’s needs. Sometimes they said they would bring the bags at 6 AM, so I would wake up extra early. Then they would not arrive until 9 o’clock, even though I had to be at work at 8 AM, and I couldn’t get hold of them. I could have avoided this by having a lockbox. However, that would have created problems for my neighbors, with the guests constantly ringing the wrong doorbell. And so on.

Part of it was lifestyle inflation, but it was also due to the fact that I didn’t want to dominate the kitchen. I ate a lot less at home than I usually did because I wanted the guests to be able to use the kitchen if they wanted to. I also didn’t want to be tempted to leave any dishes in the sink like I tend to after a meal and risk a bad rating. So when I did cook, it was something really simple and boring. But more often, I would just buy takeout.

Since I was only renting out a room and not a whole apartment, I was always living with my guests. I felt a bit like the lady renting an apartment to Sherlock Holmes and Dr. Watson, or some other spinster secondary character in a movie or a TV show, being politely withdrawn but still always there in the background…which is a little bit creepy. I obviously limited my use of the apartment much more than I did when I was living with a friend. I stayed in my room a lot and usually let the guests use the living room and the kitchen. I also rarely invited people over, and either stayed in my bed or went out if I wanted to relax.

The end of my Airbnb journey

After my roommate came home, she moved back in, but the following year, I tried Airbnb-ing the apartment again. By that time, Airbnb had become less lucrative than before. The value of the króna had increased, and I noticed that my guests became more exacting. My place had the same price as before, but the króna had gotten more expensive, so people expected to get more for their money. They were paying a high price and, of course, they wanted their money’s worth, which I can understand very well. At that point, though, I didn’t think the benefits outweighed the disadvantages anymore, so I didn’t do it for very long after that.

The tourism industry had changed a lot in Iceland by then — especially the cost of living. Everything was more expensive. The cost of living on this underpopulated island is so high that you cannot get Chinese food at a restaurant for less than $20.

Nowadays, it looks like tourism is slowing down again. I think most people expected it wouldn’t last forever the way it was going. Iceland was simply getting a little bit overrated. I’ll leave you with one anecdote that seems to clearly illustrate the overvaluation of everything Icelandic: I bought Häagen-Dazs ice cream and offered some of it to my guest who said, “No, I would rather have skyr.” Skyr is an Icelandic dairy product that is a bit like yogurt, but tastes less sweet. I may have a sweet tooth, but I still think you must have been corrupted to genuinely prefer skyr to ice cream.

Ugla is a student at the University of Iceland studying French and Icelandic. She is also working at a home for men with schizophrenia.