I Chose Security Over Following My Dreams, And It Was The Best Decision I Ever Made 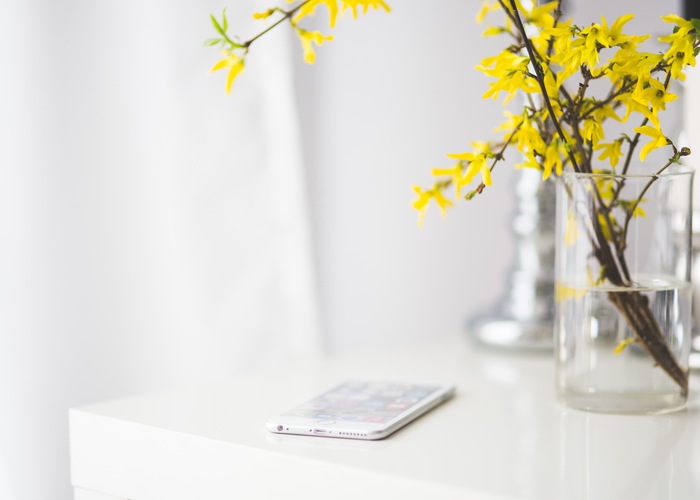 Ever since I was old enough to talk and understand what a musical was, I only had one answer to the question, “What do you want to be when you grow up?” At three years old, I would respond with three wistful words, “A Broadway actress.” My parents still tell stories about how I knew the lyrics to several musicals by heart before I was five (we won’t dwell on how some of those lyrics were borderline inappropriate for a five-year-old) and when my high school friends were checking “undecided” for their college majors, I was scouring schools to find a perfect theatre program.

Honestly, I didn’t start to feel career anxiety until long after I graduated from college. I spent senior year binge-watching “Gilmore Girls,” attending rehearsals, and pouring my heart into my senior thesis project on Jerome Robbins and “West Side Story.” I went to the career office once and was confused when they asked me about my marketable skills. Did performing a two-minute Shakespearean monologue count?

Even when graduation rolled around, I accepted my diploma with a smile and then drank wine with my friends at the campus barbeque, feeling no concern about the fact that I had no job offers. The reason for this carefree attitude was simple: I had a plan. I was moving to New York City, I was going to bartend to support myself, and I was going to audition until I made it on Broadway.

And, to be honest, it worked out for a while. I booked several paid performing jobs and received my first actual paycheck for doing what I love to do. Someone was paying me to be on stage, so I felt like I was well on my way to achieving my dream. I knew that many Broadway actresses began their careers by enduring difficult survival jobs. And doing professional regional theatre was like an extension of college — communal housing, coin-operated laundry, overnight “showmances,” and endless nights of drinking. My reality check had taken a rain check.

But reality struck eventually. When I ended up in NYC, I got an actor-friendly job bartending at Broadway theatres. The irony was not lost on me; instead of being onstage, I was selling drinks to the people who were watching the actors onstage. I spent all of my extra tip money on groceries at Whole Foods because I desperately wanted to live a lifestyle that allowed regular shopping at Whole Foods. I spent more time waiting for auditions than actually auditioning. I spent hours in the cold outside Ripley-Grier studios at 6 AM to put my name down on the “unofficial” audition list, only to find that the moderator wasn’t honoring the “unofficial” list. I was looked up and down by casting directors and told that I was too young, too old, too skinny, or too short. I could never hang out with my friends because we worked opposite hours. I went on dozens and dozens of auditions and received a few callbacks that yielded only a minuscule handful of roles. I sat in holding rooms with a zillion girls who looked just like me — from the long brown hair curled into ringlets and Zooey Deschanel-esque bangs, to the same pair of tan character shoes. I became the real-life version of Cathy Hyatt in “The Last 5 Years.” I was bitter, mad, and disappointed in myself. And, yes, I eventually threw in the towel.

At some point, when you’re chasing a dream that is so rare, you get tired. You can only run after a dream for so long before you run out of breath. Eventually you have to ask yourself the dreaded question, “Is this worth it?”

The follow-up question is, “What else can I do?”

The good thing about specializing in any of the so-called “useless” college majors is that they do result in an awful lot of marketable skills. (Take that, college career center.) Because I spent the majority of the first half of my life living and breathing theatre, I have a lot of great skills that are appealing to hiring managers. I’m personable, enthusiastic, and have great endurance. I think quickly on my feet, and I work incredibly calmly under pressure. I can rock a deadline, and I’m a problem solver. I’m a good public speaker, and I can be a solid teammate or leader. This knowledge allowed me to harness my energy and my “marketable skills” towards an actual plan and a career – one with benefits, health insurance, and a decent enough salary to shop at Whole Foods a little more frequently. I moved away from New York, started graduate school, and I work at a private school in Boston teaching theatre. I spend my free time writing, directing, and performing.

This transition wasn’t easy. I beat myself up for a long time about this decision; it took almost three years for me to be at peace with it. There were many nights that I cried in my Boston apartment, feeling a painful yearning for New York City and feeling like I turned my back on myself. It felt like I’d betrayed 5-year-old me, like she was judging me from some quiet corner of my memory. And that feeling of regret came in waves. It would come back every time I visited New York and every time I saw a Broadway show and remembered that I’ll never be where I wanted to be. I was constantly reminded of the passion I abandoned.

But I learned that just because someone’s passion isn’t their exact career doesn’t mean that that passion can’t be explored. I cannot stress this enough: you are not a failure or a sellout if you’ve chosen to let your passion be separate from your paycheck. There is a lot to be said for a bank account that has a few commas, a well-built emergency fund, and being able to go to the doctor without worrying about how you’ll pay for the visit.

There are some people out there who have endless energy to chase their dreams. And I admire those people — if you’re one of those people, don’t ever change. But lots of people aren’t like that. Most people don’t have an infinite amount of resilience. Most people can’t be told “no” forever. Most people don’t become Broadway actresses or Hollywood stars. And that’s okay. That’s okay. In place of my bartending and auditioning life, I found a great job, comfort, happiness, and time to pursue my passion on the side. And that’s enough for me.