Some Candid Thoughts On My Conservative Home State, Which I So Desperately Wanted To Leave 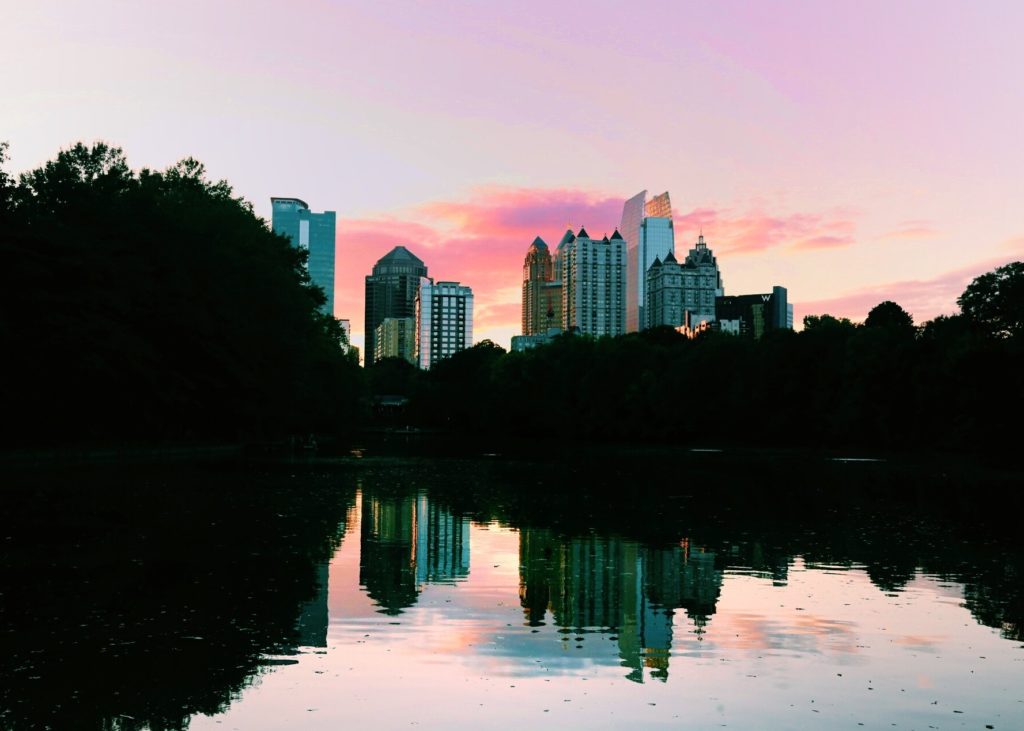 I grew up in the suburbs of Atlanta, and for as long as I can remember, I could not wait to leave. Despite the fact that I did have a fairly progressive group of friends, Georgia felt like nothing more than an oppressive conservative bubble. My high school was pretty unofficially segregated, and I remember being taught that the Civil War was about states’ rights, not slavery. I attended a dance studio owned by two men, who never talked about the fact that they lived together and wore wedding bands. I did everything I could to let everyone know how much I resented the south. When I decided I was going to go to college in Vermont, I could tell how much it bothered even some of my teachers — which only reinforced my thinking that the south was Bad, and New England was Good.

(I didn’t quite know it at the time, but I grew up with a lot more financial privilege than many, if not most, of my peers. I always knew I’d be able to go to college wherever I’d like, without going into debt, because my parents could afford it — my mom was able to go to college seven or eight states away, and she wanted the same thing for her kids. And lucky for her, she was able to cover the costs of that.)

I was expecting to find in Vermont the liberal Utopia I desperately wanted to live in, and in a way, I did. My college boasted dozens of inclusive on-campus clubs, centers for LGBT students and students from multiple cultural backgrounds, and a robust Women’s and Gender Studies program. I attended a free sex-ed event called “I <3 Female Orgasm” and took a “sociology of sexualities” class my freshman year (and from both learned I’d been a lot more sheltered than I’d previously thought). I met lots of people with different gender identities and sexual orientations who actually spoke of them openly. And heck, composting bins were everywhere!

I can honestly say I love Vermont with a huge piece of my heart. But it, and all of New England and the rest of “liberal America,” is far from the Utopia I’d believed it to be. I could see evidence of this on my college campus alone. I once got lured into a meeting for a Catholic anti-choice group based on the promise of free pizza, and I could always count on inducing a few eye-rolls if I ever brought the word “anti-feminist” into conversation at a party. And there were many even more insidious occurrences. Some of my friends were called homophobic slurs on multiple occasions — someone I knew even got a block of ice thrown at their head from a moving car. There were many student protests against my school administration’s apparent lack of resources and opportunities for marginalized students. One of my school’s fraternities got shut down after passing around a “rape survey” (it looks like the chapter is going to be reinstated).

I had left my red home state, but the same red ideologies still followed me. They weren’t everywhere, but they weren’t exactly hidden, either.

Now, of course, I recognize that it’s a rather simple life lesson: the world isn’t black and white, and there are all kinds of people with all kinds of flawed worldviews and blind spots everywhere. A progressive Utopia does not exist. For instance, I recently walked by a huge, rather daunting anti-choice rally in the middle of Manhattan’s Times Square. Massachusetts, as I only learned as an adult, is a notoriously racist place to live, and it hit a 10-year high in reported hate crimes in 2017. Bigotry isn’t unique to the south, or to “Heartland America.” But here’s the thing: you don’t hear people say “it’s time to cancel the entire state of Massachusetts.”

For this reason, I’ve been disheartened by many reactions I’ve seen from liberal and progressive people in response to the backwards anti-choice bills that have recently passed in Georgia and Alabama.

Now, I understand why film production companies would refrain from working in Atlanta while such a law is in place. I think that’s a really powerful move, and hopefully one that won’t be for naught. I am hopeful that neither of these bills will go into effect, thanks to efforts like those from the ACLU. But I also understand that, for the people living there, these kinds of boycotts may only do more harm to their livelihood, whether or not they actually induce change. (And for the record, I think you can be personally against abortion but still understand that criminalization will never be the answer. Abortions have been performed for thousands of years, and there is ample evidence that they will continue to occur even if they are made to be illegal — they will simply be much, much less safe.)

I’ve also noticed many dismissive, unkind, often ignorant responses from individuals, saying things like “can we finally just cancel the south” and “life begins the moment you leave Alabama,” as if it’s a choice for poor and/or marginalized individuals to just up and move to a different state whenever they feel like it. It hurts to think about all the people in “red” states who are going to suffer because of these potential laws, and who may already be suffering — and how cavalierly so many supposedly progressive people act towards their livelihoods.

It’s important to remember that a big part of why red states stay red is because of who is in power — and how they manipulate the law and practices in their own favor. In fact, polls have shown that not one state’s population has more than 25% support for a ban on abortion. And frankly, if it wasn’t for some really shady alleged voter suppression during Georgia’s most recent gubernatorial race, Stacey Abrams may very well be the governor of Georgia right now.

All of this is to say that there are people with different views everywhere — there are people who have oppressive, racist, sexist, homophobic and transphobic beliefs in every corner of this country. Yes, it is immensely upsetting when my home state tries to pass laws taking away basic health rights from women and other people with a uterus. (And it’s especially upsetting when you consider that Georgia does have some really wonderful, borderline-socialist programs in place, like the HOPE scholarship program.) I understand why many people would want to move away from red states in their adult lives, both for their own safety and to find community. But while I may fundamentally disagree with people with conservative values, I still want to see a world where they can benefit from legislation that reflects my values. I want them to have livable wages and social safety nets, including easy access to healthcare. To dismiss an entire group of people simply because of their state government, when the reality is that hate exists everywhere, is fundamentally unkind — and the opposite of progress.