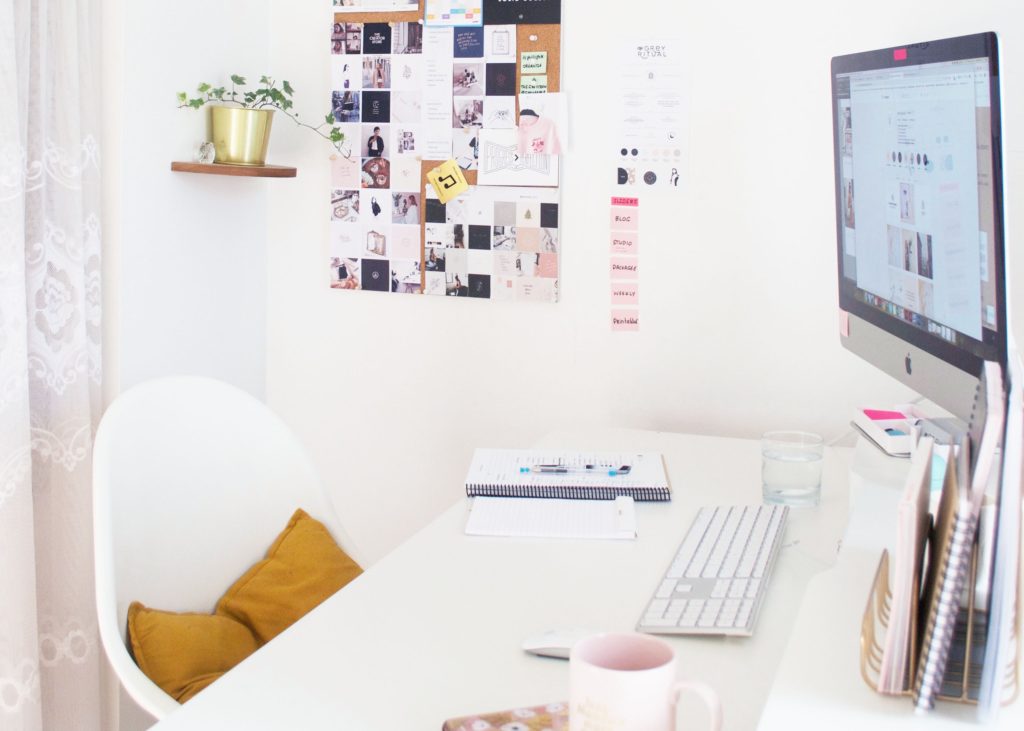 I graduated from college with about $11,500 in student loan debt and a serious determination to pay it off. The relatively small amount was the product of in-state tuition, tons of financial aid, and working full time over the summer and part time during the school year.

But, while I felt like this amount of debt was a fair trade for my college education, I was worried that paying it off with my starting salary as a teacher would put off my bigger financial goals for much longer than I wanted. I decided, upon graduation, to create a plan. I got educated about debt repayment methods (hello, podcasts and YouTube), avoided much of the normal post-grad lifestyle inflation, and I even started blogging about my journey with money.

In March 2019, 10 months into my first year post-grad, I finished paying off the $11,500 in debt. Yes, if you do the math, I paid an eye-searing $1,000+ per month towards my loans on average. I had so much anxiety and so many negative emotions surrounding my debt — I would even hyperbolize my feelings, saying I was “allergic” to debt. So when much of this anxiety and all of these super-high payments were suddenly gone from my budget, the level of freedom I had with my money drastically changed. It felt amazing to build up my emergency fund and start spending more money on myself at the same time. More than that, though, it meant so much to me that I had exceeded my goal and no longer owed anything to anyone. Financially, emotionally, and mentally, I gained a new sense of pride surrounding what I had accomplished.

And throughout the duration and completion of my journey with debt, I blogged once a week. My readers, friends, and family followed along and celebrated my success, particularly when my debts were completely paid off.

Then one day, months after becoming debt-free, I was visiting my parent’s home. My mom handed me mail that had been sent to her address, and I had gotten mail from a company that sounded vaguely familiar. When I opened it, I found a bill for the first payment of a $2,000 Perkins loan.

I was shocked and embarrassed — I thought maybe there was a mistake, because in my mind I had been debt free for months. But I knew it made sense that I had missed it. It was with a different loan servicer than all my other loans, and the grace period was three months longer, so I wasn’t receiving bills or reminders. Still, I was disappointed that I hadn’t really reached the goal I thought I had, and that I was my net worth was $2,000 less than I thought it was. Most importantly, I had been telling the whole world of my “accomplishment,” which hadn’t been true at all — and publishing my net worth inaccurately for months.

I don’t really have a good answer for this. It’s true that I began college when I was 17 years old, before having any understanding of the weight of debt, and it’s true that taking out student loans was so normalized in my mind that it didn’t feel like a big deal at all. And while this amount of money is a small percentage of the average American’s student loan debt, it represents a larger problem that’s at work: taking out mass amounts of money as a young adult is a recipe for disaster — and it’s a very real expectation in the U.S.

Student loan ethics aside, I had to take responsibility for my embarrassing mistake. Before getting that Perkins bill in the mail, I had an almost-full emergency fund and was excited to start investing and building wealth aggressively. I decided to drain a lot of my emergency fund and pay off the debt immediately. Of course, I also informed my blog readers of my error. And just like that, it was out of my life.

My mistake taught me an important lesson about money: that there is a privilege in not having to put so much weight on the idea of being debt-free.

The whole time I was getting out of debt, I had such negative feelings about my loans. They caused me anxiety and frustration, and of course, had the very tangible effect of draining my bank account and lowering the amount of spending money I had each month. But the reason I spent so much money and mental energy was that I had deeply internalized the idea the debt was intrinsically bad. Of course, this belief was useful for a time: it pushed me to sacrifice in the short-term for my long-term goals. It accelerated my wealth-building journey. It motivated me through a difficult season in my life.

But it was harmful, too. Holding the belief that debt is always bad (and that becoming debt-free as quickly as possible was the only right way to live) made me put a lot of judgment and pressure on myself, and, as many financially savvy people know, it didn’t exactly make mathematical sense, either. I put a lot of hope into the idea of debt freedom, but it turned out that the sense of freedom was more important than actually being out of debt. When I believed I was “debt-free,” my money anxiety calmed down the most, regardless of the fact that I wasn’t truly debt-free. And compared to how I felt about debt while I was in the trenches of paying it off, my newfound debt carried appreciably less emotional significance. I didn’t see it as bad or wrong or evil, but instead, I saw it for what it was: part of the cost of my education that I was incredibly fortunate to be able to pay.

This feeling, while useful, is certainly a privilege. It’s easy to let go of such a tightly held belief on the other side of a mountain of debt. The whole situation solidified the importance of having an emergency fund and illustrated for me, all too clearly, exactly why being in control of my money is so crucial. It was tough to have to push back investing rigorously in favor of rebuilding my emergency fund, but I realized how fortunate I was and how far I had come to be able to take care of a $2,000 emergency in a single day. It took a toll of frustration, but it didn’t have to take months of cutting costs and feeling anxious. A problem arose, and proper financial planning gave me the ability to handle it immediately.

I have never felt so secure in my financial life and in my ability to take care of obstacles that present themselves. A year earlier, a $2,000 set back would have felt all but insurmountable. Having money set aside changed the game by giving me the kind of confidence that making the right money moves always does: the confidence that everything will be okay.

Rachel Scott is a 22-year-old professional who is proud to be a public school English teacher. She’s passionate about personal finance, minimalism, education, food, and travel. If she could choose one superpower, it would be extreme self-discipline. Read her blog at wrachelwrites.com.