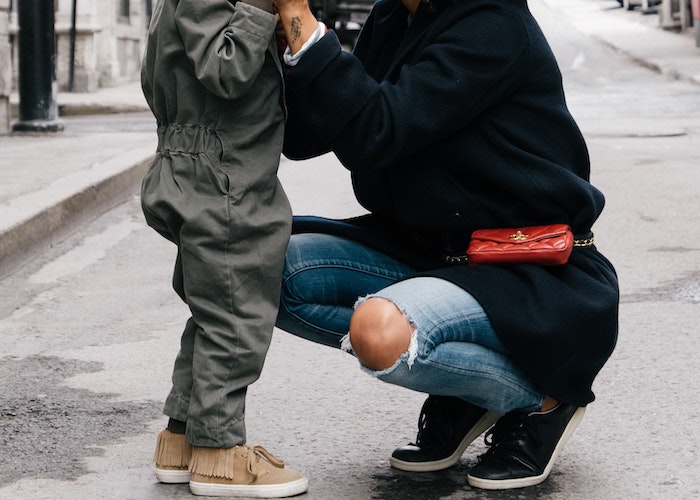 I love my kids. I really do. But I hate being a mom sometimes.

I can finally admit that without an ounce of guilt because I know other moms and parents feel where I’m coming from. I used to feel shame for any moment that I wanted to spend alone or away from family but after two kids in, that guilt is out the window. It’s not so much that I hate my role, it’s just that somedays I can’t stand my job. And that’s perfectly okay. We all love living, but we “hate Mondays” right? Replace Monday with “Mom-day” and that’s me, on occasion.

No, I’m not a single mother. Yes, my kids were born into a healthy marriage and I have a great partner. I have the help but I still have little-to-no time to myself. Like ever. I’m needed at work, I’m needed in my marriage and I’m needed as a mom. I used to think mothers who said they hadn’t slept in days were bullshitting and dramatic but I get it now. When you’re not half-assing being a mom, it really is a full-time career on its own. And while the benefits are great, the pay sucks.

For context, my college boyfriend-turned-husband of 10 years and I met in college our sophomore year. We were on-again, off-again until senior year. I had my fair share of living in the off-season, as did he, considering he was a D1 athlete. Let’s just say, we both had our fun. I don’t feel like I missed out on my explorative years at all.

“When you’re not half-assing being a mom, it really is a full-time career on its own. And while the benefits are great, the pay sucks.”

After graduation, we moved in together. On my 25th birthday, he proposed. This was in 2010 when getting engaged usually meant you set a date for your wedding within one year after your engagement. We were excited about the direction our lives were moving in. We were adulting on our terms. Yay us!

I got married at 26 and got pregnant a few months after. That was not the plan. We thought we’d be the couple who “lived” a little more before having kids. We didn’t want any until our 30’s. Even though we made some decent money combined, we still had student debt that, thanks to my husband’s job in finance, we’d finally gotten under control and managed pretty well. So we wanted to travel, be newlyweds and enjoy the honeymoon phase for at least a few more years.

But life had other plans. I was a mom shortly before my 27th birthday. I did love my son. Correction: I do love my son. I knew that the second I saw his widdle face. I had an extremely complicated pregnancy and a near-death experience post-pregnancy from the complications but throughout all of this, I still felt it was worth it. My kid really is the cutest and the coolest.

I also felt like having my first kid put a fire under my ass. I’ve always had an A-personality and pretty competitive. My husband, having been a former college athlete turned assistant coach turned FA and accountant, is also the same. We worked hard and smart to buy a townhouse and have more room for the three of us. When three became four, we worked even harder and smarter for both work promotions and a beautiful home in one of the most elite neighborhoods in our town.  I guess you can say I’m living the dream. Or “a” dream. Not sure if it’s mine though. But it’s a good one and far from a nightmare.

“I guess you can say I’m living the dream. Or ‘a’ dream. Not sure if it’s mine though. But it’s a good one and far from a nightmare.”

My son is nine and my daughter is three. They have two completely different personalities but both loveable. To be fair, my son may have spoiled and underprepared us for baby #2.. He was always a good baby, fell into a sleep routine easily, and rarely had a public tantrum. He does, however, need a ton of attention to this day to feel validated. 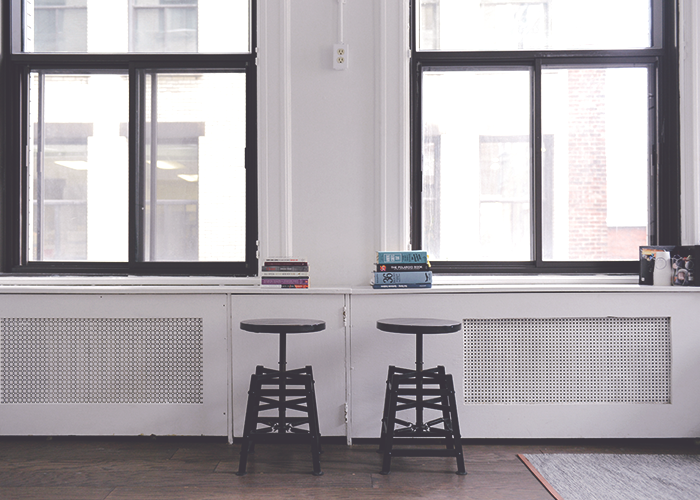 Essays & Confessions The Financial Confessions: “What It Feels Like When Your Boyfriend Can Afford A House, And You Can’t”

My daughter is feisty and fiery and a lot like me. She is a fireball. Had we had her first, we probably would’ve been one and done. She hates sleep, is a very picky eater and can’t stay still for shit. She also hits her older brother a lot but will hug and kiss him after. But when she wears herself out after a day of being the household’s headache, she kisses and hugs everyone and says, “I love you.” Sometimes she’ll even say “Sorry,” to her big brother for what I could only assume is an apology for her being an exceptionally royal pain in his ass for the day.

About two years ago, when we had a rare moment of peace and the kids went to bed at a decent hour, my husband made us both a drink. We sat in the living room and he affectionately referred to our kids as “little assholes.” I was upset and got extremely defensive. But then he explained to me that “we” can say that. We’ve earned it. They’re our kids. And though they are loveable, they are still little assholes. A drink in, and by the fifth “asshole,” I was saying it with him. It felt oddly satisfying and freeing. Something clicked that night. I can hate my job sometimes but still appreciate having work. I can love my kids but still want a break from them. What a relief!

“Something clicked that night. I can hate my job sometimes but still appreciate having work. I can love my kids but still want a break from them. What a relief!”

For 10 years, every decision I make, I’ve kept being a mother in mind. I have this underlying anxiety which results in me taking fewer “literal” risks because I don’t want my kids to be without a mom. So for example, sky diving was once on my bucket list, but I’ll probably never do it now. Even expeditions on vacation, I talk my husband out of the more adventurous ones because I don’t want us risking our lives for an adrenaline rush. At the very most, after much debate, I let him go while I wait with our stuff. I figure that worst-case scenario, at least the kids will have one parent if anything happens.

So for 10 years, I’ve lived my life but I’ve lived it with my role as a mother in mind. It’s my top priority. Even if there is no sense of guilt when you’re dead (or any sense at all, for that matter), I bog myself down with guilt at the thought of dying for doing something “dumb” and selfishly leaving my kids behind.

I hate that feeling. I really do. But I do have hope that once I’m older, I’ll be one of those badass 50+ year-old parents who has a mid-life makeover and decides to live for themselves again. The kids will be adults and can figure it out for themselves.

If some days I can admit to my girls over drinks, “Being married blows. I love my hubby but I wish I could take a break and worry about myself for once” I can say the same about motherhood. And so can you.

So yes, your kids may more than likely be little assholes. Say it with me, l i t t l e a s s h o l e s. But they are loveable assholes. And they are yours.

And if someone hasn’t told you today already, you’re doing a great job, mom.