I Moved Across The World For Love, And This Is What Happened To Me 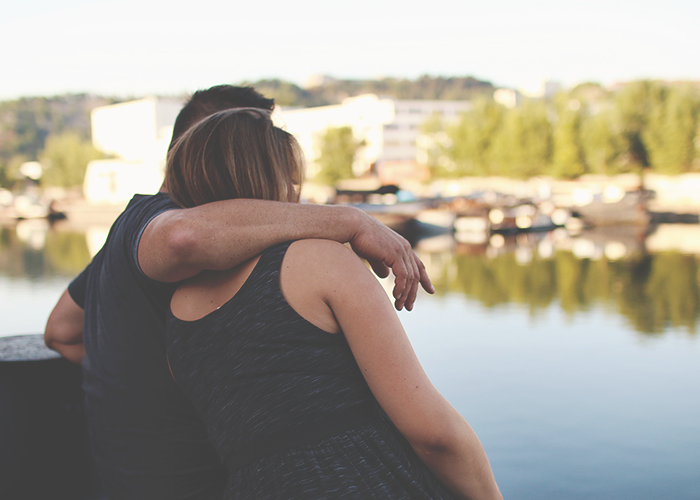 I’m the type of person who makes impulsive choices. Long story short — I finally stopped working in the corporate food chain (yes, I am one of those people and no longer proud of it), and I started traveling and freelancing a bit. While traveling, I met a friend and ended up in that friend’s home country a few months later (Australia). I then proceeded to fall in love with said friend and his amazing family. And now here I am, eight months later, living on my own in Sydney because I followed him here. Yes, I am the fool who moved from Manhattan to Sydney (which was the longest flight ever), only to end up a three-hour drive from my partner. He works a few hours north for work, so it’s been a struggle not having him right near by during this transition.

While I did make the choice to move here, my intention wasn’t to stay. Actually, I had no intentions for anything whatsoever because I had no idea what I wanted to do with myself or with my career. A week after being in Sydney, where I was staying in an Airbnb, I landed a job interview. It went incredibly well, and I was basically accepted until the employer asked for my visa status (which at the time was a tourist visa). That put an axe into that potential job. Sigh. I knew I had to be financially savvy and smart, especially after moving, so finding a job was essential.

A few days later, I ended up accepting an au pair position. I met with my host mom and we instantly connected. I quickly fell into a routine, and while I’m not the biggest fan of kids, it was very natural for me to discipline them and become an older sister/maternal figure. The family treated me very well, but there were times where my host parents were simply too busy with work that they delegated responsibilities to me which were more than those of an au pair.

There were a few moments in those six months where I felt like a maid, but I bit my tongue because I had heard worse stories from friends and friends of friends who were also au pairs. It was lonely during the day – everyone was at work or school. The only people out and about were stay-at-home-moms and retired folks, so that was kind of rough. I spent a lot of time inside their giant house, alone, doing mindless tasks like laundry and preparing food. Some weekends I drove up to see my partner, and other weekends he would drive down. Or I would take weekend trips to other cities to distract myself.

Financially, it was rough. Even though I was living with a host family and didn’t have to spend money on food, rent, or utilities (with the exception of my monthly phone bill), my weekly “pocket money” was essentially what I made in one and a half days working at my previous position back in Manhattan. It was hard adjusting to a different lifestyle that placed a great deal of financial strain on me.

At some point I decided that my time was up and that I had enough. I was running out of patience for the kids, and I wanted to go back to doing “real work.” My host family wanted me to stay on, but I told myself that I couldn’t do this long term because I had a college degree. I had always put deadlines on things for myself to get shit done, and quitting and moving on to a real job was one of them. In the weeks leading up to my “expiration date,” I applied to jobs left and right. I signed up for LinkedIn Premium. I tried to take on more freelance projects. I found a room in an apartment and semi-settled in. I then started a sales job at a cold-calling center because I was so desperate I took the first thing that came by. It turned out to be semi-illegal, l so I left and immediately found a part-time gig at a restaurant. That depressed me even more, because it was definitely not what I wanted to do with a degree. Though the hourly rate was good pay, the hours just weren’t substantial enough. I know if I need to seriously take care of my finances, making more money is essential. I’ve been applying to jobs left and right and going on interviews that seem to go well, but afterwards I don’t hear a peep after I send my “thank you” notes. In one case I was offered a part-time management role by a company, we agreed on a start date, but when that day came she rescinded her offer due to issues she “couldn’t work out.” That instance cost me time I could have spent searching for other roles as well as potential earnings.

I keep trying to tell myself that I’m not just here in Sydney for my partner, but when I really think about it I know I’m making excuses. Sure, the weather here is better, there’s less pollution, I get to be more outdoorsy and go to the beach often, but I don’t know how much happier I am. I console myself by telling myself it would take ages to find work back home in Manhattan, and if I got back into a 9-to-5 job (more like 8-to-8) I would be just as miserable as I was before I left to travel. I kind of feel that either way I’m making tradeoffs.

As a result of having the three-month contract I have at my apartment I know I’ll have to keep soldiering on until the end of it. But then some days I feel like it’s best to throw in the towel if things continue to go this way. I am most definitely sacrificing my mental and financial health at this point, but I am being stubborn. I haven’t told many friends or family about my situation, because I get so angry with people telling me to “stay positive” and that “things will work out” even though I know they aren’t true. I’m also too proud to admit that I’m unhappy. In my heart, I know that it is possible that things will work out, but I also feel like it’s a bit naive to think that they will. I don’t want to feel resentful of my situation, so I tell myself that if I mess up I will learn from it because I’m young and I still have time to turn things around.

Of course I have moments of doubt, but I realize that I am really lucky to have experienced everything I have over the past year — including all the ups and downs. It’s taught me a lot about myself. I’m lucky because I know I can always go home if I need to, even if it means my parents will be absolutely furious about the giant gap in my resume.

While I’ve had some lonely times, I’ve always been quite independent and happy to socialize 24/7. While I do miss my friends and family, it’s nice to know that they are only a Skype call or iMessage away. I hope that one day I can look back at this time of financial and emotional hardship, be humbled, and realize that it made me more resilient to future strife. In my spare time I’ve been working hard to fine tune career-related skills, and I use online course platforms like Khan Academy and Coursera, and I read entrepreneur’s blogs (I Will Teach You To Be Rich). There are so many easy and extensive access to so much free and useful material online — you can easily sue downtime like this to learn something new. For me, I know things work out with my partner (which I am certain it will) so I know this temporary struggle will all be worth it in the end.