I Realized I Was “The Toxic Friend.” Here’s How To Know If You Are, Too 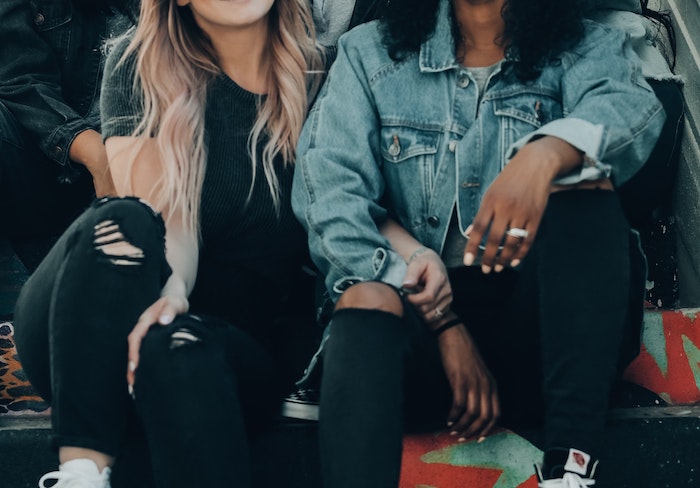 When you think of an example of a bad or toxic friend, it’s not uncommon for an image of Regina George (Mean Girls) or Nancy Downs (The Craft) to come to mind. Oftentimes we think a toxic friend comes with bright red warning signs or, in the very least, obvious characteristics of manipulation that you hope you can see from a mile away. You also think, ultimately, that you would never, ever, EVER, be that friend.

However, this is real life and not a movie. Being a less-than-stellar BFF isn’t quite as literal and far from obvious. It’s not necessarily in the bad things you do so much as in the small things you don’t do.

I recently realized I was the toxic friend once my relationship with all of mine drastically changed to being non-existent. A couple of years ago, I began to go through somewhat of an apathetic stage of life. The thing is, it didn’t feel like “depression” per se, because I was actually pretty content in my mood. On a scale of 1 thru 10, I can honestly say that on most days, I felt a solid 7. However, I had become aloof and wanted to spend a ton of time alone. I found more “excitement” in the idea of a Saturday night spent solo, binge-watching a movie or tv watchlist, ordering takeout, and having an at-home cocktail, more so than time with my friends.

“Being a less-than-stellar BFF isn’t quite as literal and far from obvious. It’s not necessarily in the bad things you do, so much as in the small things you don’t do.”

It started with me making excuses to get out of hanging out, then it quickly turned to me not answering calls or texts in real-time. I would tell myself, I’ll get back to them later, but eventually, this turned into me not getting back to them at all. In my mind, I justified this as me honoring my “alone time,” via self-care since I’ve always been the empath in any friend group. I was always the giver, the listener and always the one who actually did call back, in the event I couldn’t answer right then.

However, without a moment’s notice, I grew weary of being reliable or responsible. Perhaps the signs were there earlier, and I ignored them. But I truly did find myself drained from interactions with people. This was in no way, shape, or form the fault of my friends, though. I never expressed my fatigue with life and constantly being the on-call buddy. I never even told them about how tired I’d grown of my own life; in doing so, I truly believe they would’ve helped me more, or been extremely understanding and sympathetic. I simply just stopped answering calls and started ignoring texts. I stopped showing up to anything, without a single warning.

In hindsight, I realize now, it wasn’t my friends I lied to. It wasn’t them that I drew away from (unintentionally). I lied to myself — I lied about my inner struggles and battles. I thought depression and anxiety had one face, but it has many. While I can not confidently diagnose myself since I am not a specialist (nor have I ever seen one), I can say that upon light research and conversations with friends in therapy, that I realize my symptoms matched a few from each category. I thought because I was “A-Okay” most days, that there was no way I was unhappy. However, I was. And the habits I had, while not the most toxic, were still basically me drawing away from others, being in isolation and partaking in escapism from my own reality, by way of bad reality tv (and admittingly, some really good tv, too).

It hit me that I was the bad friend once the calls and texts stop coming in, from my good ones. Even the check-ins. I realized my abrupt, recluse ways read off negatively. People didn’t think I took time off for myself, they figured I took time off from them. And that by doing so, I left them with the idea that they did something wrong. Which is not fair, to say the least.

“It wasn’t my friends I lied to. I lied to myself — I lied about my inner struggles and battles.”

While some of you reading this might think, “Well, self-care is healthy. ‘Free time’ sometimes means ‘Me time’ and that’s your right.” Well, you’re right. But it’s also your responsibility as a good friend to let others know that’s what you’re doing. Whether you give them an advance notice that you’re taking a few days off for yourself — to be to yourself —  or whether you tell them in real-time or afterward (a simple, “Hey, sorry about that. I had a lot going on and just needed a little time to myself,” goes a long day), just make the minimal effort. 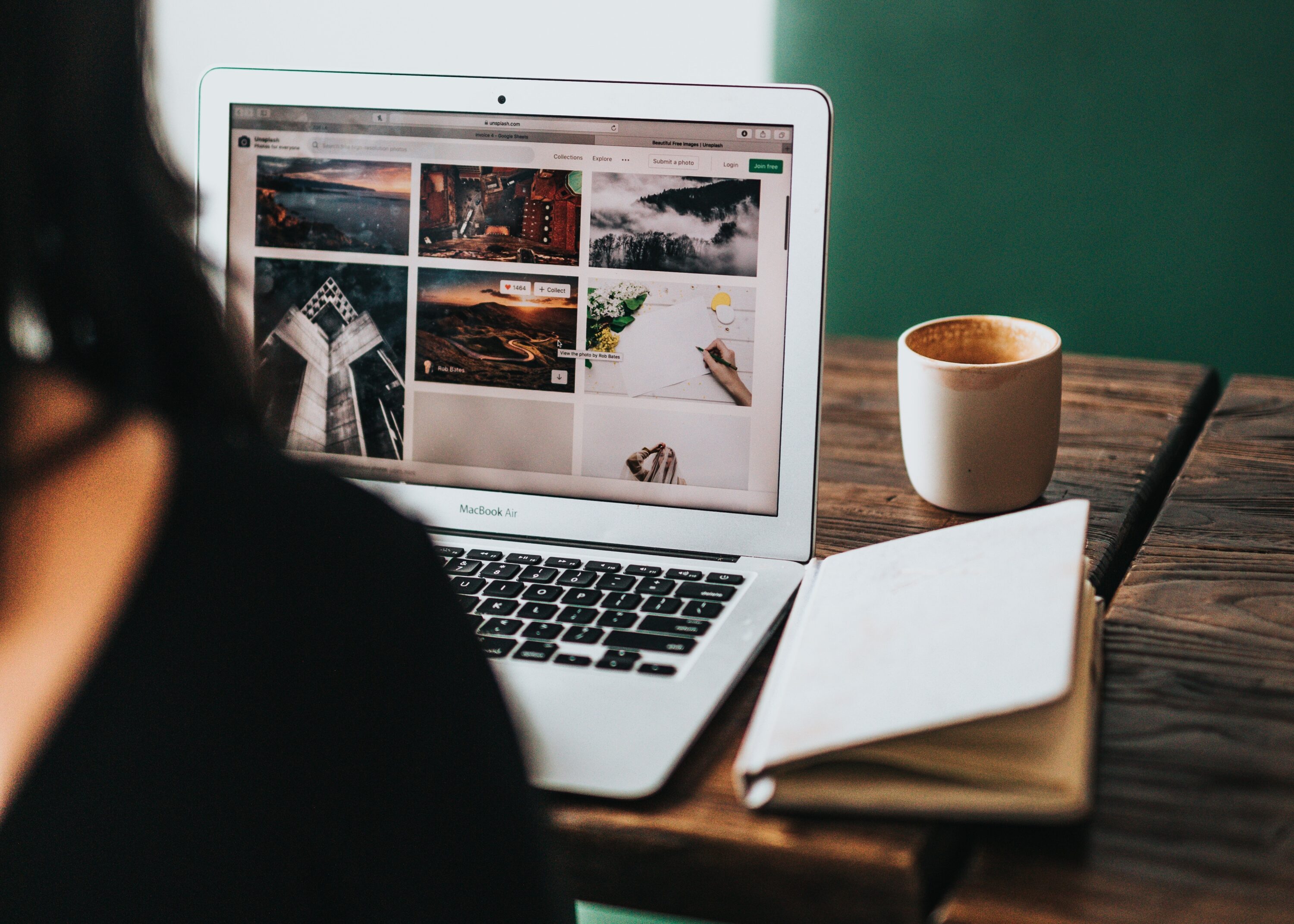 See, by ignoring people, I gave the selfish impression that they were at fault. Or I implied that I didn’t need them during a tough time. When I spoke to one of my friends recently, she actually told me that she was genuinely worried about me. She didn’t think the worst of me when I didn’t get back to her calls or texts. She just thought the worst — period. She wasn’t even concerned about whether she said or did anything wrong, or whether I was being a selfish b*tch who chose to ignore her for no good reason. She was concerned about my physical, emotional and mental health. Ignoring her text actually left her in limbo and she panicked about me, as any good friend would when their extremely social and reliable friend all of a sudden become anti-social, unreliable, and a recluse.

I felt awful. I thought my semi-selfish ways only impacted me. I never considered how it would hurt others, especially those who are so willing to care, extend and reciprocate the level of consideration and help I’d always given them. Being an overthinker, I should’ve known how dangerous, frightening and triggering my disappearing act was.

While I don’t think it’s entirely necessary to apologize for doing what you feel you need to do to protect your mental health, I do think one should apologize for how they handled it. Sure, how you feel is your prerogative, but how you deal with how you feel,  especially if you have a rare group of concerned loved ones, is your responsibility.

I was the toxic friend because not only did I ignore mine, I left the impression that they were at fault, by not giving any context or explanation for why I was going “ghost.” When in reality, it wasn’t their fault at all. While I’ve made amends through either my words or my actions, here are a few things to know, if any of these things sound like you and if you’re debating whether you’re the toxic friend, too.

“If a friend whom you know is always good for a check-in, stops checking in, please check on them.”