Dear Assholes: You Are Not Welcome On TFD 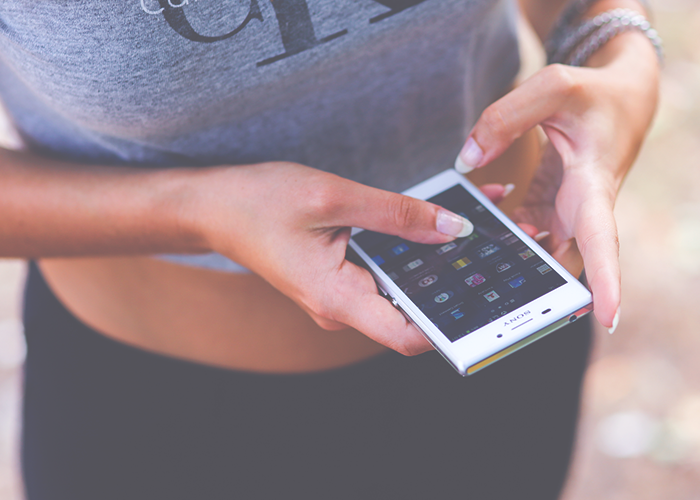 For those of you not following along with the fun on my Twitter last night, a particularly-salty commenter named Jane has been leaving several… un-generous comments on TFD over the past week or so, ever since I mentioned offhandedly the fact that I bought (and quickly regretted) a used fur coat five years ago. Given her frequent (and increasingly aggressive) mentioning of PETA and her graphic descriptions of the fur-production industry, I’m assuming that the baseline of the anger comes from a love of animals. But by the time the commenting settled down, her ranting last night (on an article that had nothing to do with me) covered my “issues with alcohol” (?), my “skin conditions,” my sugar daddy boyfriend (?), my teenage insecurity, my experience with poverty, and pretty much every other personal dig one could make about me based on a semi-coherent understanding of my life.

The fact that some of the statements were accurate and some were wildly off-base wasn’t surprising. Nor was the fact that personal things I’ve spoken about despite my fundamental insecurity around them (like my decade-plus battle with problem skin) were used as a cudgel against me. This incredibly un-generous reading of my life, and weaponizing of my problems — real and imagined — has proven to be par for the course for the specific type of asshole that TFD seems to attract.

Jane’s motivation was her anger over my buying of a used fur coat half a decade ago, instead of the more common “you are not handling money the way I want you to, so now I’m going to shame you” theme. But the assholes always take the same form: long, degrading comments that cobble together a mistaken understanding of the author in order to embarrass them for whatever they’ve shared, and browbeat them into changing.

Part of this is because the personal finance community at large has a bit of a fetish for finding people who are being imperfect with money and dragging them through the town square. (A very popular money blog has an entire forum dedicated to this very mockery.) TFD, as a place where people can confess their mistakes freely and admit to being imperfect in the way they approach money, has become something of a lightning rod for people who find deep satisfaction in talking down to people about how much more they could be contributing to their retirement, or how one should forego even the smallest personal luxury to pay down more debt (a real lecture a TFD contributor once got on another PF site that took his post to decimate).

But part of this is just because money, and the varying emotional implications it carries, is something people usually don’t talk about, and that makes it a target ripe for the tearing-apart. In many ways, money is still more taboo than sex, and seeing people talk openly about their salaries or their spending habits or their income inequality with a partner can still be very shocking. And as we have always encouraged people to be as open as they are comfortable with about these things, that means our contributors and our team are opening ourselves up to a very particular kind of asshole: the kind who would want to take you opening up about a former mistake, and rub it in your face gleefully.

And while I may be the most frequent target for this kind of nastiness simply because I’m the most visible of the TFD community, I am far from the only person who receives it. From an entire hate page being spawned off a single article, to the 2,000-word emails a contributor or fellow team member might receive about how they are living their entire life wrong, anyone who dares be vulnerable and honest about something as taboo as money is pretty much guaranteeing some of this backlash. And I’m aware that when I am honest about things like my boyfriend helping me financially when I started TFD, it will inevitably lead to people like Jane using it as venom against me the very same day, implying that I only started TFD to complain about my own insecurities, because I obviously don’t need money. I know exactly how honesty and transparency will be twisted, and though we do our best to warn everyone that they run the same risks of hateful interpretations of their writing and life, it still feels shocking each time.

And that leads to people being increasingly afraid of being honest about their own lives, because they see what happens when they are. They see the kinds of horrible leaps of logic and bad faith assumptions people will make when you reveal something about yourself, and how much joy they’ll take in sticking your nose in it. The team here is acutely aware of, and fears, the day that people will stop writing honestly because they don’t want to end up being torn to shreds on some tragic finance forum.

But I want to be very clear: transparency when it comes to money and how it impacts our lives will always be our mission. It will always be worthwhile to err on the side of honesty, even when it’s unflattering to us or could lead to someone throwing terrible labels on us. It will always be worth it for me to admit that I have a hard time opting out of the socializing that happens at expensive bars, even if that means some awful commenter will flagrantly accuse me of having alcohol problems. It will always be worth it for a contributor to admit that she wasted the money her grandmother left her when she was young and stupid, even if it means someone leaving her a venomous comment about how her grandmother would be ashamed of her today.

This means that we read every single TFD comment as part of our day, and do our best to delete and block hateful assholes before the author ever sees them. This means that when we receive long emails full of awful, twisted assumptions about our lives, we laugh them off in the office as best we can and keep moving. This means that we will always be playing defense when it comes to keeping our community as positive (and constructively-critical) as possible. And it means that, sometimes, when it’s on one of our posts, we’ll leave up horrifying comments like Jane’s so people can see the kind of things we open ourselves up to when we dare to be honest about our insecurities.

I’ll probably delete and ban her shortly, but for now, it feels good to leave her grossness and increasing hysteria up as a perfect example of the kind of person who is not, and never will be, wanted at TFD. Because, call us crazy, but we’d rather have a tiny website full of great people, than a huge website full of assholes like that.