I Spent $10,000 On A Backpacking Trip To Fix My Mental Health — Here’s What Happened 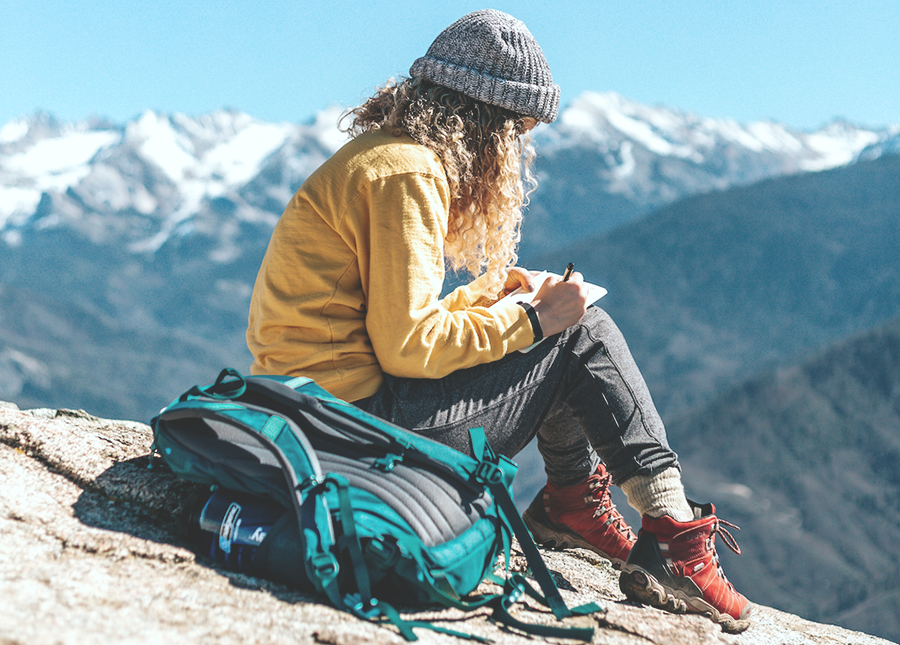 I first made the decision to sell everything I owned in my one-bedroom apartment in Wisconsin to backpack around the world in August of 2016. By November 1st, I had sold everything, moved out of my apartment, and was officially living out of my car for the next month visiting friends around the Northeast U.S. I went on to Europe for a month, and then Southeast Asia for six months. It was a crazy, invigorating, and tumultuous time for me.

To some people in my life, this seemed like a sudden, unexpected, and dangerous idea. To me, this was the trip of a lifetime. and a somewhat well-thought-out plan that was years in the making. I, like many people my age, had fallen into the world of travel blogs and Pinterest posts about dropping everything to travel the world, and I thought it would fix everything that was wrong in my life. It promised eternal happiness in a $150 backpack and a one-way plane ticket. How could I possibly be depressed and anxiety-ridden if I’m in a new place every morning and checking all of my travel dreams off of my bucket list? Every Instagram post was telling me that I’d always be happy if only I was traveling. I ate it all up and was determined to “find myself” on the other side of the world, so I packed up all of my belongings and left Wisconsin behind for good.

I left high on the idea that I was finally doing something for me and confident that I wasn’t running from my problems. I had saved up $10,000 and figured I could make it last for about 8-10 months.

I was convinced that I was going to deal with my depression and anxiety while I was traveling, that I would process the suicide of my friend and the sleepless nights afterwards when another friend became suicidal. I told myself that I would face these things head-on while I was traveling, because I would have so much more time to process without the daily pressures of my normal life. I was convinced that my major depressive disorder and generalized anxiety disorder came from the life I had in Wisconsin and were things I could easily leave behind.

Oh, how wrong I was. Instead of “processing,” I spent my days ignoring my problems and having a great time. Whenever I felt any negative emotions coming on, there was a new city for me to go to where I could distract myself with beautiful new sites and people.

Unsurprisingly, my depression never fully left during the time I was traveling. There were days when I couldn’t get out of bed, and a few weeks when I was a barely functioning person. Despite that, I felt lighter than I had in a long time. The excitement of a new city and new people was often enough for me to push through the depressive episodes more quickly than I had been able to at home. It was enough that I was able to fool myself into believing that I was getting better and that traveling was healing me. In reality, I was just pushing down the emotions, and I had more distractions than ever to help me do it.

I made it 10 months before I ran out of money and made my way back to my hometown in Texas during July of 2017. I moved back in with my parents for a couple of months, and then made the decision to move to Austin to find a job. I was fortunate enough to be able to move into my sister’s place rent-free until I could find a cheap room to rent. I found a job as a receptionist fairly quickly and moved in with a girl that was friends with a guy I’d met on Tinder (much to my mother’s horror). My depression was slowly getting worse since being back home, but the excitement of moving to Austin and exploring a new city was enough to keep it at bay.

A few months later, by December 2017, it all came crashing down; I was fired from a job within a week and a half of starting. It was a job in my degree field, and I was excited to be putting my education to use. But mostly, I was excited about the health insurance and higher paycheck. Being fired was enough to trigger a spiral of depression and anxiety that was made worse by drinking every night and a series of self-destructive decisions. I felt like a failure. It seemed like one hard setback, and I was right back to where I started before traveling. I had not fixed any of my problems — I had only delayed them. I had spent $10,000 to make myself happy, and it didn’t work. I was devastated and continued to fall deeper into depression. I only left my apartment for work and food and it took all of my energy just to get out of bed to shower. By February 2018, I realized I needed help and sought out a psychiatrist and therapist.

It is July as I am writing this, and I feel so much better. There are still days where it all feels like too much, but those are fewer and much further in between. I am now on an antidepressant and see a therapist once a week who is helping me in ways traveling never could.

I spent $10,000 on a solo trip to try to change my life, and in some ways it did. I do think I am a better person for stepping out of my comfort zone and meeting people from all over the world. I now have the confidence that I can do anything by myself. I went into my trip thinking that I would “find myself” and figure out what I wanted to do with the rest of my life. I thought that it would cure my mental illnesses and, at the end, I would be a happier person with everything figured out. And while that definitely didn’t happen, I did gain a better understanding of myself and my place in the world.

I don’t regret going on the trip, and I don’t really even regret spending that amount of money. There are times when I look at the low number in my savings account and I get angry with myself for spending so much, but in the end, I fulfilled a lifelong goal, and I’m proud of that. I’m proud of the independent and confident person I have become after traveling on my own for so long. I am proud of the hard work I am doing in therapy, and I don’t know if I would have gotten to this point, where I am willing to put in that hard work, if I hadn’t gone on that trip.

Of course, I am in such a place of privilege to even be able to go on a trip like this. I came out of university only with a small student loan, due to a full scholarship and help from my parents and grandparents. I got a well-paying job after college in an affordable city where I was able to save most of my paycheck. I have the security of knowing that if I am ever in a bad financial place, I have a family that will help me out and give me a place to live until I am back on my feet. Without these privileges (and plenty of other ones), I never would have been able to go on a 10-month-long trip, and I am so grateful that I had the ability to do so.

The world of travel blogs and Instagram posts can be an incredibly frustrating place at times, with its lack of self-awareness — it preaches that traveling is for everyone and that it will solve all of your problems. For me, traveling is something that I enjoy and adds a lot of value to my life, but I now know that it will not fix anything that I am feeling. While it brings me joy and wonder and hope, it cannot “fix” my mental health. I now know the only person that can “fix” me is myself, and traveling was just a temporary bandage to my problems.

I now pay $40/month for my psychiatrist, $10/ month for my antidepressant prescription, and $95/week for my therapy appointments. As of July of this year, I have spent $2,120 on my mental health — and I will probably spend way more than $10,000 on it in my lifetime. Selling everything I owned to travel was not some fairytale experience where all of my problems were suddenly gone, the way I thought it would be. As it turns out, life still follows me wherever I go, and I just have to figure out how to deal with it.

Kayla lives in Austin, Texas just trying to figure out life. She spends her free time snuggling with her cats and writing about travel and mental health on her blog, Wander Like Me, and on her Instagram.