I Started 2020 Broke, Divorced & Living With My Parents — Here’s How It’s Going 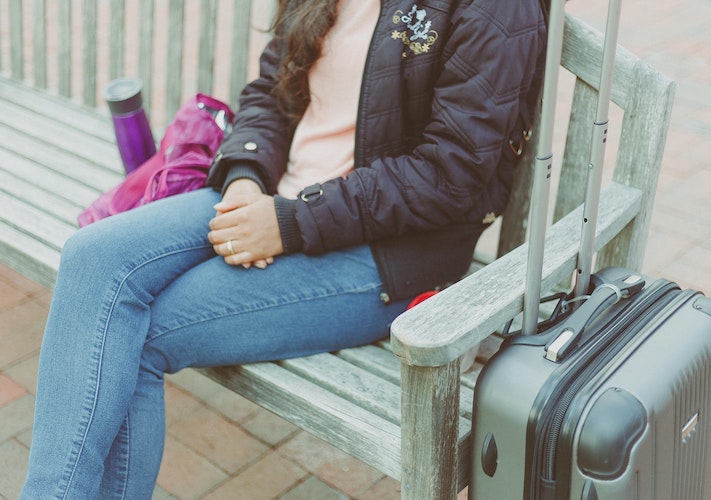 I have always been vulnerable.

That is why, in times of crisis, I immediately start acting aggressive. Although I’m ashamed of this, I am not afraid to admit it. And in the past, whenever I’d feel like a polemic was about to start, I’d be all in for it.

Growing up, I was an antsy child; a quality I’d eventually carry out throughout high school, college and even my post-graduation years. I don’t know why that attitude stuck with me for so long. Perhaps aggression gave me a false sense of courage to stand up for myself, considering that I always believed the bravest people were the ones not afraid to fight.

Truthfully, this counterintuitive mindset more than likely would’ve continued, had it not been for this year. While most feel 2020 has been a “year of disappointments,” ironically, for me, it’s been different. However, I’ll admit that overall:

Yes, my life has been a total mess.

I started this year being both broke and divorced. No problem. After all, many people unhappy with their marriage get divorced these days, right? And yet, my problems didn’t stop there. I was also forced to move back to my parents’ apartment, I had problems with my physical and mental health, and to get back on my feet (financially), I had to work extra overtime during quarantine, while many others were simply complaining about being bored.

I know, I know. So far it sounds like I hit the jackpot for having “the worst year.” Yet, by living through all of these missteps and mishaps, I was able to turn 2020 around to be a great year, with lots of learned lessons that lessened my aggression, and positively impacted my feelings towards others. With that said, here is how my gradual transformation happened.

As mentioned before, I was never afraid of a fight, and the same went for my marriage. Unfortunately, the aggression I once believed in acting out as a faux-display of “bravery,” proved to be counterproductive in my union.

After my divorce, I realized I actually had no real sense of courage. That entire time while I was picking fights, what I’d actually been doing was hiding under a veil.  Being brave is not about being ready to fight all the time – it’s about being ready to admit that you’re wrong when you’re wrong. It’s about expressing when you are not happy, in a mature, rather than hurtful, way. At the end of the day, no matter how much you put into it:

A failed relationship established on wrong expectations can never become a fulfilling one.

I’ll admit, after my divorce at the top of the year, I was angry with everybody, including my former partner and even my own family,. I was ready to blame everyone but myself. That’s why, for the first few months after our split, I complained non-stop… until I finally realized who I was truly upset with.

I was angry because I’d always been aware of the possible destructiveness of my behavior but never intended to admit it as my own fault. Later, being able to admit all of my wrongs and flaws was a huge step towards finding my inner peace. It was only after this epiphany that I was able to start feeling better, breathing better and even sleeping better at night, On top of that, my family, friends and therapist all admitted to me that I’ve even started smiling more 🙂

Next, my ‘crazy’ family.

Sometimes our families drive us crazy, and mine is no different. I always thought of myself as a lone ranger of sorts. In my head, I really can do it all by myself. I never admitted to anyone that I actually need nurturing, support, or love, even. I was too strong and proud for that. Maybe that’s why I never spoke about my problems to my family, in fear that I’d be judged, or even worse, viewed as “weak.”

I’ll admit, initially, moving back in with my parents was a painful experience. It felt like I was a soldier coming home after losing a battle. I felt defeated and humiliated, and this made me even grumpier than ever. Throw in the added “bonus” of being trapped under one roof during the quarantine, and well, you get the idea.

Eventually what I realized during my stay with my parents, is that genuine love is what I needed. And the only people on this earth who can provide me with unconditional love is my family. They are the ones to love me with all my flaws and sins no matter what. Realizing this made me feel less alone and even more grateful for the people I have in my life. It filled my heart with warmth and the feeling that whatever happens, there will always be people whose love I can count on.

Then, my health (the good and the bad.)

During the first few months of the year, I struggled with excessive weight gain, along with being emotionally unstable. Eventually, doctors diagnosed me with stomach polyps that could possibly turn into cancer at a later time.  Needless to say, the news caused me to experience constant anxiety, and I cried nearly every night before bed.

It wasn’t so much that I was upset about what could happen to me, so much as I was depressed about what I turned my 28-year-old self into.

It was only a few years ago that I was this promising and confident fresh graduate who was healthy and happy about her life. Now, I felt that was all gone, and I didn’t even know where to begin again to regain that level of confidence. So, for the first time in my life, I decided to reach out to a therapist.

This was a turning point for me. Working with a therapist proved fruitful for me, as I started facing my fears head-on and, in turn, overcoming my anxiety. After some time, I was able to focus on my physical health as well. I got the potentially-cancerous polyps removed, and I exercised regularly to become more fit. Overall, the experience of having my physical and mental well-being jeopardized — and later, saved – helped me to become more resilient, as well as better understand the importance of being healthy. No matter how strong you are or what kind of support you have, you can never fully achieve anything without being healthy. As the saying goes: health (really is) the ultimate wealth.

Oh, and… the constant overworking

Like many others, during the beginning of the pandemic, I too was on lock down. However, I was not bored, because I had no time to be bored. I was actually working day and night without a weekend or holiday off. Therefore, I was in a state of shock to see that people are actually “going crazy” due to having nothing to do. To me, it was a strange feeling, as I was craving more free time to rest, watch a TV show or do something else besides work overtime.

At first, I complained about this. Then I observed how the economy was going down and how many people were losing their jobs and businesses, and I eventually began to feel grateful. Grateful not only because I have a job that pays my bills, but also one that makes me feel like I’m on the right track, professionally. Not to mention, the “overworking” phase gradually fainted away once everything reverted back to (the new) normal. In the end, I can proudly say that my professional growth within the company was largely due in part to my working overtime, and I am beyond grateful.

Last, the lesson (and the blessing)

My biggest lesson learned this year is that life can – and will— get tough. It’s inevitable. However, what’s important is not how it affects you but rather, how you spin it in order for it to be a constructive experience for yourself. Otherwise, you will be condemned to a life of stress and depression.

Every time you experience anything difficult, painful or disappointing, look at it from a different angle. Do not ask “Why me?” but instead, ask “What can I learn from this?” Believe me, this way, you’ll not only adopt a positive perspective, but you’ll also build resilience.

Take it from me.

Leyla is an intellectually curious and multilingual communications professional who loves traveling, reading, writing, and coffee… lots of coffee.