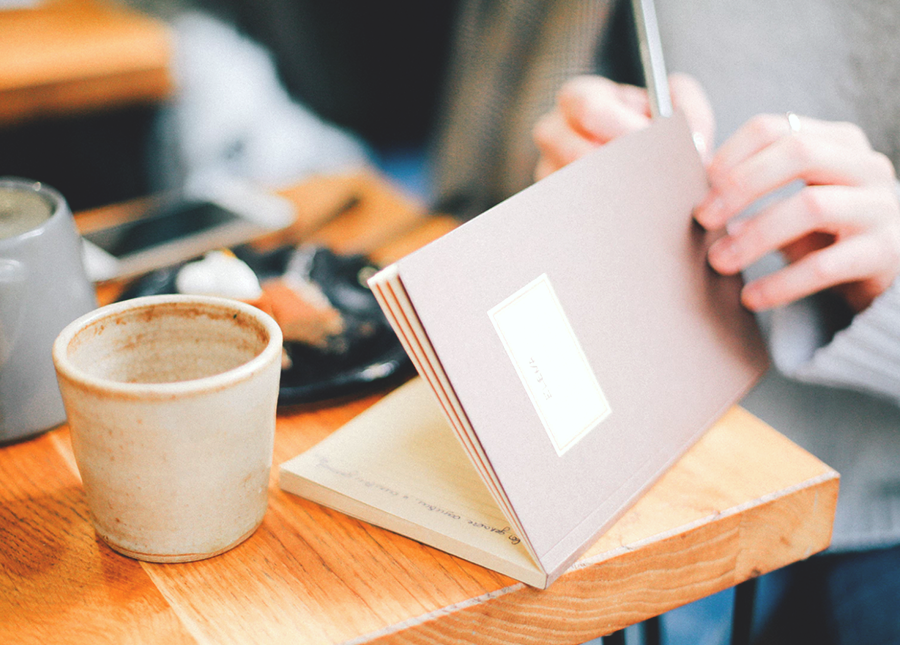 Lately, I’ve been in a serious productivity slump. Maybe it’s the fact that it’s still freezing at the end of March, or perhaps it’s a little bit of burnout. Whatever the reason is, though, the issue is that I am not working as efficiently as I want or need to be. And this needs to change.

There are plenty of productivity #hacks online, from making your bed first thing in the morning to time blocking. I narrowed my search for tactics to what I believed would be the most effective strategies for combatting procrastination and lowered motivation and tried a few of them out. Here is what I found was helpful, kind of helpful, and just not for me.

Bullet journaling. You’ve seen it all over Pinterest and Instagram. It’s supposed to help you keep track of the millions of things each of us have to do on a daily basis, and it’s incredibly personalized, as you create it all yourself.

In theory, I love the idea of a bullet journal, but in practice, I did not. To be frank, it was a pain in the ass for me. The time it took to set up my bullet journal, figure out what I wanted in it, etc. felt like a hell of a lot of effort and a time suck for something that was meant to increase my efficiency and productivity. While I know it helps a lot of people (one of my friends swears by hers), it just isn’t for me. I’m too impatient and inconsistent to keep up with it.

Time blocking has said to be helpful for productivity because it keeps you on track. By assigning tasks to a timeslot, you feel a deadline-esque pressure to get shit done and are also able to develop more self-awareness about where you’re spending your time.

As someone who definitely thrives when put on a schedule, I was extremely excited to try this tip out. I started with breaking the day into one- to two-hour blocks with the intention of stopping at the hour mark of each block to take a 15 to 20-minute break. I set an alarm on my phone to remind myself to stop, which also helped me keep track of my time. I found time blocking to be the most effective productivity hack on this list. It definitely helped structure my day in a way that set me up for success. It kept me on track, and it helped me learn how much time I should allot for certain tasks, and how for some I may be overbooking my time. I highly recommend this to anyone trying to get a lot done during their workday.

3. Getting properly dressed for work

This is a tip I found to be particularly helpful and is definitely something I will continue to do. As someone who works from home, it’s so easy for me to just not get dressed, stay in my sweatpants in the comfort of my bed, no makeup, hair a mess. It’s…a look, I’ll tell you. However, research suggests that employees who dress up for work have higher productivity than those who do not. Which, to be honest, is absolutely fascinating.

So for a few days, I decided to put this research to the test. I showered, did my hair properly, applied makeup, and put on a dress, tights, boots, and a sweater. Not only did I feel much more put together, I did notice I felt much more prepared and ready to work. I felt more awake and alert.

4. Having an actual morning routine

I’m someone who has always done best when I have to stick to some sort of routine. I like the structure. However, when thinking about my day-to-day life, I realized I have literally zero structure in the morning. I basically just run around like a chicken with my head cut off trying to accomplish everything before my workday begins. While I’m still tweaking my morning routine, here is the formula I put forth to see if it helped me feel more put together and productive:

I noticed that having a series of steps and being able to cross them off a list helped me feel much more in control. I would know based on the step I was on what I had already accomplished, and it honestly made me feel much more zen.

5. Making my bed first thing in the morning

Apparently, making your bed first thing in the morning is meant to set off a “get shit done” mentality that follows you around all day since you’re “accomplishing” something first thing. According to Charles Duhigg, author of The Power Of Habit, this is a “keystone habit” that increases productivity and a sense of well-being. It’s also correlated with better budgeting. Cool!

Initially, I thought this particular habit sounded like bullshit. I mean, how much could making your bed really help you? However, I was pleasantly surprised, as I definitely did feel accomplished after making my bed first thing for a few days. But what I felt more than productive was happier. I felt like I was taking care of my space and, therefore, taking care of myself. And, at least for me, the better mood I am in, the better work I do.

To test the real impact of making my bed, there were days I intentionally did not make it. It was during those days I felt a little more chaotic, and my concentration was lower. It’s a small habit that makes a big difference, and it’s something I’m definitely going to be putting at the top of my newly created morning routine from now on.

Molly is an assistant digital strategist by day and a writer by night. She drinks way too much coffee and can be found on Twitter here.