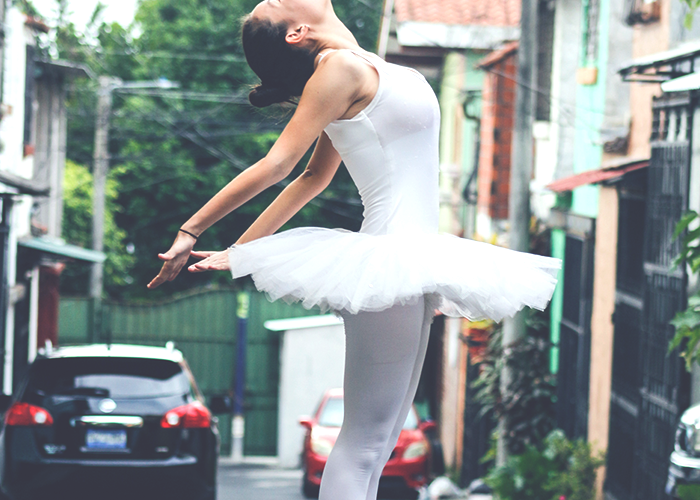 I have never wanted kids. As far back as I can remember, the idea of having kids never seemed appealing to me. When my girl friends were playing with their dolls and begging their parents for the life-size baby ones who sucked a bottle and simulated peeing (???), I was building Lego sets and playing video games. I don’t think that made me some kind of a “special snowflake,” of course, because I know that there is nothing special about a girl who liked to build things. I just didn’t care about kids, I didn’t want to pretend to take care of one, and I preferred to do other things instead. I guess that’s part of what happens when you grow up with two much-older brothers who basically require you to be a 12-year-old boy to hang out, even when you’re a 6-year-old girl.

As I went through high school, then college, then my 20s (where I was dating my now-husband from the age of 24 onward), I assumed that this attitude would magically change. Everyone told me how much I would want kids, and as both of my older brothers had kids of their own, the conviction in my family grew even stronger that we’d be one of those families who has, like, 20 cousins. Everyone told me how much I’d want kids someday, from my mother to my sister-in-law, to my gynecologist. As I approached 30 and found myself a married woman to a pretty damn wonderful man, this feeling that the “baby switch” had not yet been flipped in my head started to feel like an all-out panic. Not only was I not feeling some magical feeling everyone told me I would, I was now letting down everyone around me who wanted a baby from me — my family, my friends who were now having babies themselves, and potentially my husband.

But I’d never asked, really. The truth is that we never really talked about kids, mostly because the two of us were aunt and uncle pretty early in our families, so we’d been around little kids since we were in our early 20s. It probably just seemed natural that we’d have kids, too, and we would talk about it in very general ways — if we saw a good Pixar movie we’d make a comment like “Our kids won’t appreciate this X years from now,” or something. And I loved him so much that it never seemed weird to me, this feeling that I didn’t objectively want kids, but could occasionally refer to them with him. But we’d never addressed it head-on, and as I began to have nightmares around my 30th birthday about finding out I was pregnant, I knew I had to.

So one day I sat down with him and asked him flat-out if and when he actually wanted to have kids. After much circling around the subject on both of our parts, we realized that neither of us wanted them, and both felt immensely relieved that the other was on board. Between us, we had seven nieces and nephews whom we were very close to, so our parents could never really pull the “we want grandkids” cards on us effectively. We didn’t feel that unique responsibility to “give someone grandkids,” nor did we feel like we didn’t have the dose of kids being around us that we needed. At least twice per month we either took a kid for the weekend to let someone go on a trip, or went to visit with one of them. We had our dose of “kid time.” And since both of us loved our careers, travel, and freedom to pursue our various hobbies (we’re kind of nerds), not having kids felt like the best way to continue living the way we wanted.

Once we realized that we were both on the same page, we spoke to our doctors about permanent solutions, so that I wouldn’t have to use birth control anymore. Surprise surprise, I got a ton of concern-trolling, and he got basically handed a pamphlet of information about getting a vasectomy. From the get-go, we realized that people’s perception of me not wanting kids was always going to be vastly different from people’s perception of him, even though we were a united couple making a decision together for the rest of our lives.

And the truth is that the judgment is nonstop. In the year since we’ve decided we don’t want children, we’ve become more open about talking about our choice — with our families, with friends, with people who ask at parties, even to closer colleagues. We don’t have anything to hide, yet simply saying “We actually aren’t going to have children!,” when someone annoyingly asks us at a party after finding out we’re married when the kids are coming along, stops the conversation dead in its tracks. Especially after a few glasses of wine, you can’t imagine the kinds of protests and “You’ll change your mind!”-s and “You say that now, but that’s when God gives you happy accidents!”-s come out of people’s mouths. When you say you don’t want children, people suddenly become vigorous disciples of a religion called Having Children, and they’re going to do everything in their power to convert you while you’re stuck in conversation together.

It’s obnoxious, and judgmental, and frankly incredibly rude — what if we wanted kids but couldn’t have them? What if something had happened to a child we’d had? Why in the world is it socially acceptable in the first place to kick off conversations with “when are you having kids?” It’s a can of worms that no one should be opening, and yet, because babies are considered “miracles” universally — which, look, I love kids and can totally understand how bonded parents feel to them, but the act of having a baby does not meet the bare minimum definition of a miracle — we have to treat someone who doesn’t want them as someone who is throwing away their life’s meaning. It’s degrading, frankly, and imagines that I’m a) much less intelligent than I am, and b) unable to make decisions for my own marriage, body, and life.

Part of me has come to believe, especially with the more vociferous “you’ll change your mind!”-ers, that this kind of reaction to non-kid-havers is more compensation than anything else. I think that parenting is an often-fraught thing, and yet parents are almost required by society to portray it as perfect all the time, so anyone who opts out for “selfish” reasons (i.e., living a totally unencumbered life to do whatever one wants with their money and time) feels like a threat, or an inherent judgment on having children. If the social contract of “we become adults and then give up a certain amount of things to prioritize someone else for the rest of our lives” is not respected by everyone, then it’s called into question. If a woman can be happy and fulfilled and totally whole without having children, then maybe that means having kids isn’t “the most important job a woman can do,” or necessary to make a marriage whole, or something that makes you complete as a person. Having children, if some people opt out for “selfish” reasons, becomes just another choice among many, instead of a divine calling that everyone must follow and inherently revere.

But the truth is that there is no such thing as a “selfish” reason to not have kids. There are over a hundred million orphans in the world at any given time who need homes, and countless more born every day into families who shouldn’t have had them or didn’t want them. Having a child is something many people do, whether we like it or not, without the proper thought or resources. Not having a child when you know you are not equipped or desirous of being a parent is the ethical, and frankly moral, thing to do. And my husband and I have talked about possibly fostering later in life when we’re more settled in our careers, but that’s just a big maybe, and us doing that “noble” thing wouldn’t make our choice now any different. Us not having children is still the right thing, and us putting another child (or several more!) into the world because we thought that’s what was expected of us would be the worst possible option, for us and for the child. And frankly, for the world.

So the next time you are thinking of telling a woman who doesn’t want kids that she’ll change her mind, remember that you are subtly pressuring her and coaxing her into making a decision she has already said is not right for her. You are adding to the social stigma every day of women who opt out of kids, and increasing the likelihood that ever more children will be born into the world with parents who didn’t fully, enthusiastically want them. We have the power to change the social paradigms, slow overpopulation (one of the biggest global issues facing us today), and allow women to make their own choices on their own terms. And the first step in that process is leaving us the hell alone.

Julia prefers to use a pen name.