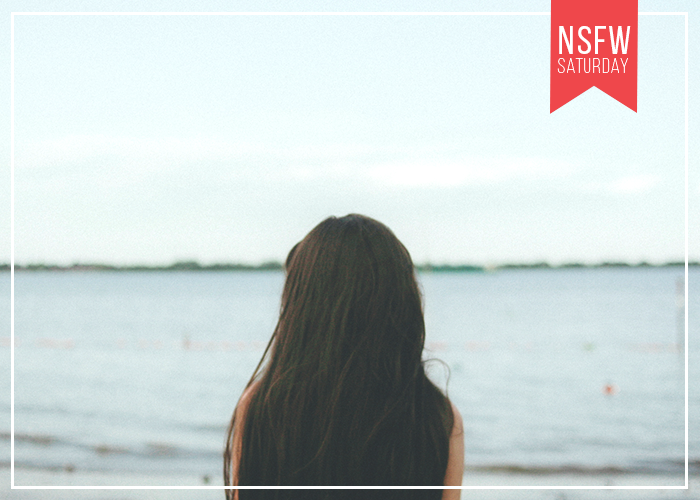 Want to share your NSFW money story? Send it to submissions@thefinancialdiet.com with the subject line “NSFW Saturday”

When I broke up with my boyfriend almost a year ago, my honest-to-God first thought was “What am I going to do without his dad?” I know that probably sounds really weird and gross, but I should say up front that I have never been physical with his father or anything like that. Our relationship is strange, yes, even toxic, but it isn’t sexual. But I would not put this story under my full name, or ever tell anyone in my life about it (especially my ex), because I know that the dynamic is something most people would never approve of. And I admit that, unless I had slowly gotten into this situation over the course of the six years my ex and I were together, I would feel the exact same way. But we find our “normal” in different ways, and what used to seem ridiculous suddenly seems like “the way things are” before you even realize it.

I mean, we are living in the country where Donald Trump is the Republican nominee. So we have all experienced this slippery slope of what is impossible actually happening.

But my situation is not a Presidential election. My situation is that I am a woman from a very disadvantaged background (read: I grew up poor as shit). My ex-boyfriend and his brother grew up very wealthy all his life, because his father is an executive in the hospital industry. His mother died when he was 17, three years before we met, so I never knew him as having a mom figure, and since his dad never remarried or even had a girlfriend that I knew of, the dynamic when we would have holidays together or even just dinner at my boyfriend’s house was that I was the “woman of the house,” something that made me feel amazing.

I wasn’t raised in an abusive household, but there was a lot of chaos growing up (my father was a sometimes-recovering alcoholic and my mother had what I’m almost positive is undiagnosed depression), and the feeling of stability and comfort from the wealthy, educated family my ex had was the exact opposite. And since there was that void of “female energy” that I filled, I could take on all the tasks I loved for everyone, like cooking holiday meals, helping with decorating, planning family trips, etc. We went home to visit with his father and younger brother often, especially when his brother was still in college, and it felt to me like the family I’d never had. I took on a role that was part-mother, part-sister, part-wife. And sometimes it was unclear to whom I filled those roles.

My ex’s father clearly needed that wife-like role, if not in a romantic/sexual way then definitely in the sense of checking up on him and making sure he did nice things for himself, and letting him talk about emotions. There were times we went to the farmer’s market together while my ex was working on something at home, and he talked to me in a way he couldn’t talk to other people. I talked to him, too, often about my childhood and my complicated home life. He had a similar one, and over the course of a year or so of these conversations, he offered to pay for my once-weekly visits with a therapist.

“Seeing that therapist was the best thing I ever did to liberate myself from the mental prison of my childhood” is how he put it. It was very true, too. I get so much from my therapist, and I still see her (and he still pays for it).

Over time, my ex’s father also paid off my student loans, and paid for a few other things in my life here or there. He still pays for certain things for me, and treats me essentially as a second daughter figure, even though I’m in my mid-20s and obviously should not be getting supported by anyone, even if that person were actually and literally my parents. The fact that it’s the father of the boyfriend I haven’t been with for nearly a year makes it nothing short of an exploitative relationship. And the fact that I have twice-weekly calls and occasional visits with his father, where I keep him company and let him talk and make him food makes it creepy.

I know this, and I know that the dynamic of our relationship isn’t a healthy one. But the money is still very helpful, and will allow me to do something like own a home by 30, something that never would have been in the cards otherwise. And I know that makes me sound like I’m the weird family equivalent of a sugar baby, but there are both selfish and unselfish motivations for keeping this going. I have as much love for his father as I do for my own (often more, if I’m being honest), and though I would definitely still keep him company if it weren’t for the money element, I also don’t refuse it.

Sometimes he just want someone to sit with on the couch and watch a movie with, the way he used to with his wife. Sometimes he wants to cry, or have someone make him a home-cooked meal, or even hold hands in the park just to feel less alone. And though I think that my presence as that pseudo-person has allowed him to live in his fear of starting a real relationship with another woman (something we’ve also discussed at length), right now the dynamic seems to be working for everyone.

But of course, like I said, we don’t tell anyone about what is going on, because we know how it looks and on some level we’re embarrassed of it ourselves. Hell, I stayed with my boyfriend for six full months after I knew I wanted to leave because I was so afraid of how I could continue having this quasi-relationship with his father without the excuse of “Oh, I’m just part of the family.” I’m not part of the family, but I am. We have formed a weird little family of our own that fills a lot of needs for us, and one of them is financial. I don’t know what that makes me, and I don’t know how I feel about it. Sometimes life is complicated, I guess.