Why I’m Not Making Money Blogging, Even Though I Could Be 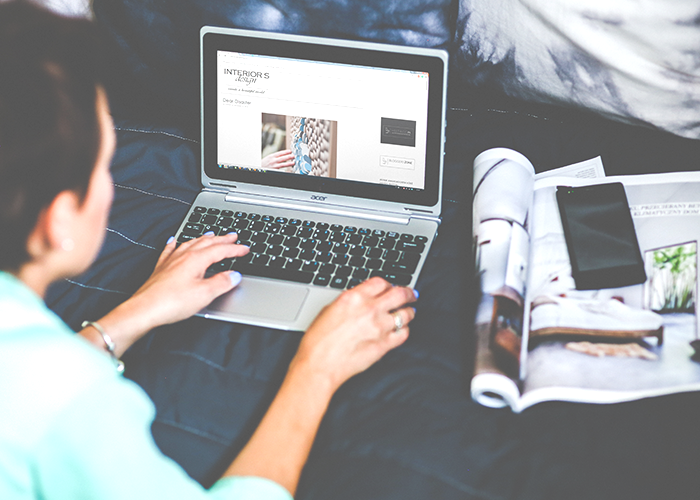 At the beginning of this year, I was facing down a lot of firsts in my life. In the wake of them, I started a food blog in order to get back into writing, become a better cook, and connect with family and friends who had given me recipes over the years. There was a part of me, from the beginning, that thought these goals were worthy enough reasons to start the blog. But another part of me thought, I’ll grow my blog until I get enough views for ad revenue!

While I focused most of my energy on the blog itself, taking pictures and cooking meals and writing all kinds of reflections on my own shortcuts and laughable mistakes, I also casually browsed the world of ads and self-hosting for websites and the monetization side of blogging. I wouldn’t say I learned a lot; I’d say I learned enough. Enough to know that, for now, my little blog was not going to pay me at all.

But this started to change after about 6 months of active blogging; I noticed my page views were approaching the requirements of the more permissive ad networks, but there were still some issues. Different hosting sites have different restrictions on what you can do with ads on their sites. This makes sense, but it meant that in order to “make money” on my site, I’d have to invest some cash and effort in moving off the platform I’d been using. Somehow, it felt worse to pour money into hosting (though I did spring for the domain name) and still not be able to reach the competitive viewership levels of successful food bloggers. So I stuck with my more restrictive platform, which keeps me happy as a blogger but which is not willing to run ads on my low-traffic site.

My blog views have plateaued for the most part, so I’m faced with a real question: What do I like about food blogging? Now that the initial stack of recipes from friends and family has dwindled, do I do this for the hope of future monetization, or because I really love it? I’ve noticed that I get a thrill out of finishing prepping a meal and taking a few snapshots of it; I know that I love the many comments that people leave on my posts when they are excited to try a recipe or have a similar one for me to try in the future. But do I love it the way I love other hobbies, other things that I don’t monetize?

It’s a hard thing to know, especially when I’m just now finishing 9 months of food blogging. What I’ve realized is that many of the food blogs that “make money” (I really have no idea how much) put in some legwork that I do not, and that I don’t think I would enjoy: formatting every recipe carefully, taking pictures at every step with professional-grade lighting and cameras, double-testing recipes or making more of certain foods than they really need for their families. A big focus in my blog is lack of food waste, and I am much more of a writer than a photographer, and I have to recognize those things about myself.

I have no idea if, with the right secret sauce and the drive of some of my brilliant favorite food bloggers, I could make it into a career. What I do know is that many aspects of the best food bloggers’ jobs aren’t as interesting to me as what I simply do now: cooking food, photographing it quickly, and writing something that tries to get at the heart of how food connects us to other human beings.

Maybe I’m not thrilled that I don’t magically get to be paid for this work, which I do think is work. But I also think that I get so much joy from doing the parts of blogging that I love without having to focus on the promotion of the blog for most of my hours, which makes it worth it.

I happen to like my day job right now, which means I’m in a spot where I can afford to spend a few hours a week to devote to this hobby, which I’m having to own despite reading one too many “now I work as a full-time food blogger!” stories. There are aspects of how my year so far has gone that could be seen as “failing to make money,” but I like the narrative better as “succeeding in doing something I like during my free time.” And who knows? Since food blogging isn’t my job, maybe I can find a new hobby that will thrill me as a challenge for 2017.