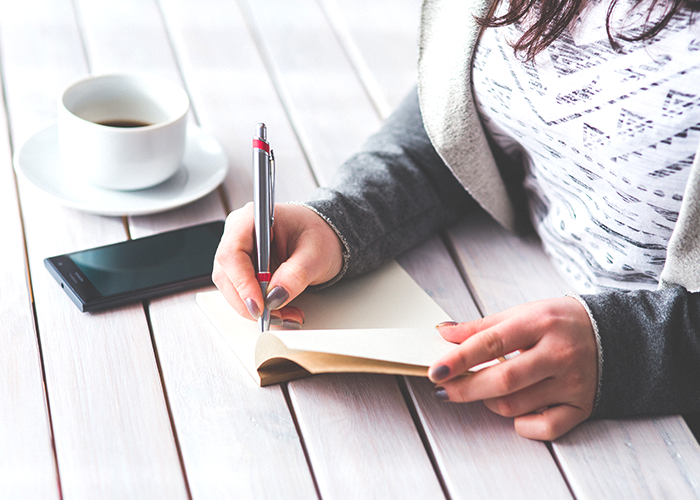 Earlier this year, I set a goal to bulk up my nonexistent emergency fund by $4,000 before the end of August. I knew at the very least, I needed to designate $600 of my earnings each month to savings if I wanted to accomplish this feat. This was going to take serious discipline — and more importantly, a budget.

That’s when I decided to apply the cash-only diet to my spending. I began by immediately transferring $700 of my $1,800 paycheck to savings, and withdrew the remaining amount as cash to live off for the remainder of the month.

I designated individual envelopes with certain amounts of cash inside for each of my major spending categories. It looked something like this:

If I ran out of cash for one category, that would signal to me I couldn’t spend any more, or else I would have to physically dip into funds from another part of my budget.

Initially, I felt proud seeing the numbers in my savings jump from the lower triple digits to nearly $1,000. I never had this much money sitting pretty in my account before, and I became addicted to logging in to my bank app and staring at it. I was that much closer to my goal! Hell yes!

Unfortunately, that sweet feeling lasted only 18 days, during which time I had to dip into my hygiene fund to cover gas for a little extra driving I did that month for my job. This simple action caused a chain reaction that caught up to me one day while shopping for some much-needed lady products. I anxiously tried to add the cost of the items I wanted in my head, hoping the $22 I had left to spend for this category was enough. But my face wash, toothpaste, pain medicine, and feminine hygiene products totaled out to $27.50 at the register.

I stared at the conveyor belt, desperately trying to think of what product I could remove without seeming too embarrassed. I thought of cutting into my food budget, but then remembered that would mean not being able to buy the groceries I needed to make it to payday.

In a moment of weakness, I did exactly what I told myself not to do: I let my knight in shining armor — er, piece of shining plastic come to the rescue. As you can imagine, this was only the beginning of my downward spiral. That one instance of “cheating” on my cash diet soon became a regular occurrence, which resulted in using the savings I was supposed to be protecting to cover new credit card charges.

What struck me about my overwhelmingly negative feeling toward this challenge was how much it reminded me of my health-related struggles. Like many others, I’ve had my share of weight issues in the past, which I tried to remedy with every possible diet regimen you can imagine. Whether it was extreme low-calorie veganism, paleo

, or sugar-free, they all had one thing in common with my attempt at the cash-only lifestyle: they involved some level of restriction that left me feeling more deprived than confident.

Whenever I under-budgeted for my needs, I used my credit card to cover the balance, and started overspending out of guilt. It was very much like saying, “Well, I guess I already screwed up my diet and ate three slices of pizza, I may as well give up and eat two slices of chocolate cake now, too.”

For these reasons, I’m calling my experience with the cash-only approach a financial crash diet. It’s a loaded term, yes, but at its very core, it follows the same mentality as the weight loss version. I aimed for quick results by making drastic changes I couldn’t keep up with, and as a result, it backfired. It reminded me of all the times I made 120 pounds my fitness goal — not because I would necessarily be any healthier, but because I wanted to see that number when I stepped on a scale. I now realize I was treating my money with the same empty approach.

I cared more about reaching my $4,000 goal than developing a personal strategy that would allow me to save money comfortably for the long term.

Now, I’m not saying the cash only diet is a bad thing, in the same way I don’t believe veganism or paleo diets are bad approaches to health. But taking this challenge taught me that just because a plan has positive intentions or numerous examples of success, it doesn’t mean that it’s guaranteed to work for every person.

Because of my failed cash diet, I’m giving myself three new rules to follow when saving:

1) It’s not just about cutting “bad” stuff out, but increasing the good stuff as well.

One of the main reasons I failed at achieving my goal via the cash diet was because I was taking a pretty lazy approach to saving by simply decreasing my budget, without considering how to increase my earnings. There’s a reason people say maintaining good health is a mixture of diet and exercise. Sure, you can lose weight and look amazing by cutting calories alone, but exercise is what aids our metabolism and makes our bodies stronger. The same is true for money — it’s a mix of spending less and earning more. You’ve got to build those financial muscles. In my case, I’m now adding tutoring as a side hustle to my income so that I can slowly increase what I can contribute to my savings each month.

2.) It’s important to have a buffer in your budget — not to be confused with a “cheat day”

I’m now adding a miscellaneous buffer of $100 to my checking account for when I’m a few dollars over budget in my flexible spending categories, such as transportation. I do not use this money to buy anything extra, in the same way I try not to erase an hour’s worth of exercise by celebrating with a post-workout IN-N-OUT burger. But I believe it’s important to give yourself room for unexpected spending — like a cab ride when the train is down, or if you don’t have time to cook and need a quick meal. It’s like a mini emergency fund, but it’s only for the month.

When I was overweight and sedentary, I didn’t expect myself to run a six-minute mile on the first day of exercise…Given my pretty modest salary and high amount of debt, why should I expect to immediately be able to put aside an extra $600 every month? Although it would be nice to have over $4000 in my savings account immediately, I need to remain realistic and understand that good things, like solid abs, take time and patience to build. I now use the app Digit because it takes out a little bit of money every day, rather than a large chunk all at one time (Qapital is another awesome app to use). Because the amounts are so small, it doesn’t feel like I’m losing a massive portion of my income to saving, even though they add up quite a bit over time.

Ultimately, there is no one-size-fits-all approach when it comes to personal finance or health. Sometimes the best thing to do is to try different strategies, and even see some failures before you find one that works.

As for me, one thing is certain: I now believe the best thing I can do for my money, just like my body, is to chase wellness, not numbers.