Ingrid Nilsen On Her Salary, & Why She Considers Herself “Rich” 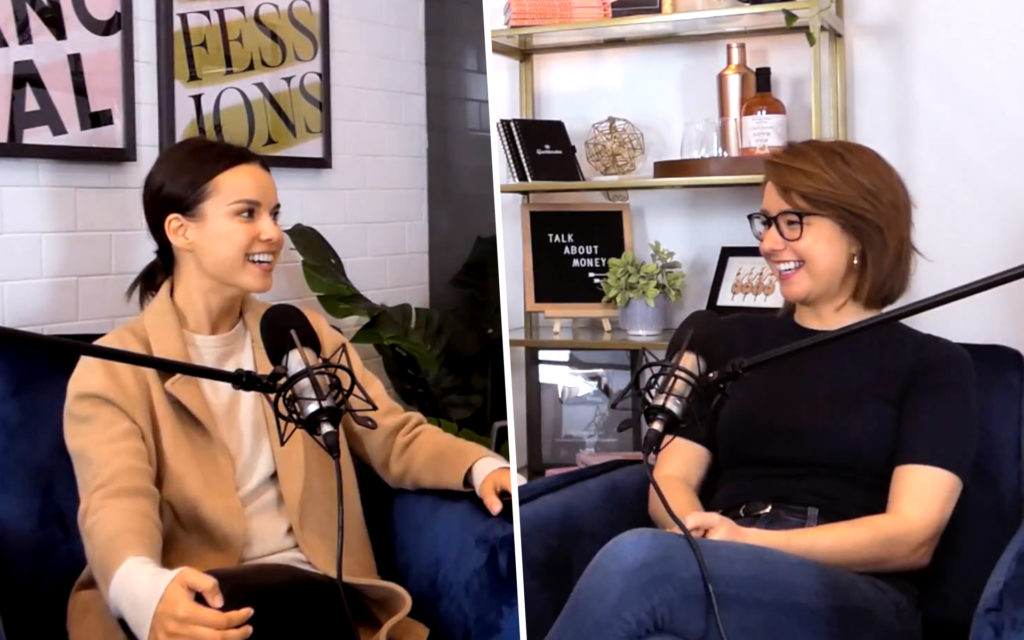 Each week on our new podcast series, The Financial Confessions, we’ll be sitting down with a new guest to talk all things money, getting ahead in your career, and the financial insecurities that make us tick. In this episode, Chelsea spoke with YouTuber and podcaster Ingrid Nilsen. Read on for why Ingrid considers herself to be a rich person, and how much she makes from her chosen career. Listen to the full episode here or scroll down for the full video!

So I’m sorry, but I’m turning the spotlight. Do you consider yourself rich?

I do. Isn’t it exciting? I was saying how exciting it is when people say it.

You cannot understand. It’s my least favorite part of this job in a lot of ways, in this space entirely is how many people that I talk to who have money that even probably you or I could never fathom, who refer to themselves as “comfortable,” “doing okay,” “doing well,” all of those things, provide every euphemism in the book, provide every contextualizing thing to be like, I’m just like you, because they are more uncomfortable with addressing their wealth than the poorest people are about being honest about their poverty. And I find that not only exhausting and frustrating, in terms of actually talking to them productively, but also just like, incredibly unethical.

Like, you don’t want people to know how much better your life is than a poor person or even a middle-class person is. And there is a distinct reason for that. Because you know, on some level, that it’s unfair that your life is so much better than like a non-rich person. So on that note, why do you consider yourself rich? And what does that mean practically, especially as someone who grew up without a lot?

Yeah, I mean I think that’s the definition of rich. But, you know, I will say that this will be the third consecutive year where, because my income fluctuates, it’s not exactly the same every single year. But for the last three years, it has been declining, and I still consider myself to be rich, which I don’t think that a lot of people would still want to associate with. They still think– well, they’ll think that if the numbers are going down, then I’m losing. And I think about it in context of how I grew up. And I’m just like, you know, I’m consistently making $500,000 a year or more.

We have to have like a bell or something that we ring when people say numbers because it’s the most exciting thing. Thank you for saying that. I think that number is so important. And I’d love for you to kind of contextualize a little bit more about what that means in the scheme of the work that you’re doing and like, for example, maybe why it’s been declining, or what brought you to that level.

I’m like, tingling [at the mention of a real number].

You are not using the rich-person euphemism for that, which is —

High six figures or, it’s been a good year.

Yeah, what the hell does that mean?

I had three really great years. It’s slightly lower this year, but it’s not anywhere near struggling. The, “I had a good year” thing. It’s like, it seems like you’ve had a few good years.

And I am still able to have a full-time employee, Christina, and pay her a full-time salary. Shas insurance benefits. I have insurance. Like, I just bought a place in New York City. I’ve been able to save money from my years where I was making more every year. And so even in this period of, like, this will be the third year where my income has declined, I still have perspective around it. I’m still actively working on that perspective. Like, even though I’m seeing the numbers going down, it’s still a lot, and it’s also more than enough.

And so I also think about, where is my money going? And a lot of it goes right back into my business, paying a full-time employee, paying for the benefits that we get. Also, I financially support my mother, so that’s another place where my income goes. And then I also think about where– now I’m at the point this year where I’m thinking about, okay, when I want to make a donation, where do I want that money to go this year? And so I think about what is like — I’m thinking about, right now, I’m in this place of, what has been relevant to me this year? What is something that I really want to support? And so I have made my decision. I don’t want to say it now because I haven’t made the donation yet, but I know where I want to be putting it.

And, for me, this year, I think a big thing that I’ve been thinking about is just supporting, specifically, queer, creative people, and so that’s where I want to be putting that extra money that I have towards facilitating someone else’s career. Because I know what it has meant for me to have the career that I have had, which, in a lot of ways, has been self-made.

But also, I won a contest in the early days of YouTube, the very first NextUp contest, where they flew us out to New York and put us through this YouTube camp where they had people come and speak to us. But they also gave us a $30,000 check at the end of that camp, which they have not done for any classes after that first NextUp class. They still have the NextUp contest now, but that was all public information. Like, prize money was involved; the camp was involved.

But I cannot deny how that $30,000 has affected the trajectory of my career. And I know how valuable that was for me because I was in debt at that point. I was living with my mom. I didn’t graduate from college. I don’t have a college degree. And so I was worried, thinking, what is my future going to look like? And for the first time ever, I had this nest egg of money. And I remember having it and just thinking, I’m not going to fuck this up.

I’m going to do something with this. And so I started using it to pay off my debt. I used it to get my own place. I used it to invest in the business that I felt like I was growing, and I saved the vast majority of it. And that was crucial to my career trajectory. And I know what that meant for me. And so I’m at a point now where I have money, I’m rich.

Exactly. And I’m in control of what I do with my money. And so I want to be intentional about where I’m investing that money. And some of it is personal. Some of it is professional. And then there’s this piece that’s outside of myself and my life experience, too.