It’s Asian Pacific American Heritage Month, And We Need To Talk About The American Dream 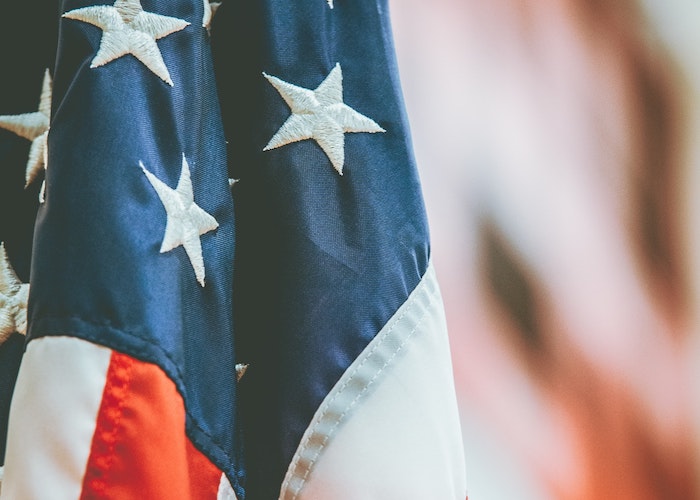 I’ve been Asian my whole life and never realized that May was Asian Pacific American (AAPI) Heritage Month. According to its dedicated federal website, May is a “celebration of Asians and Pacific Islanders in the United States.” When society celebrates something, it’s usually measuring and evaluating success. As the “model minority” (a term that comes with a slew of problems, which we’ll get to in a bit), AAPI success stories are often uplifted to strategically promote the American Dream — the idea that anyone can be “successful” in America through hard work and dedication.

This success is usually defined as economic and social mobility. AAPIs are praised as highly educated and highly paid, therefore they’ve achieved the American Dream. Reading between the fine lines of those achievements, they work hard, mind their business, and don’t complain about racial and socioeconomic barriers to success. But the model minority myth is a damaging one for many groups. During AAPI month, it’s worth evaluating whether the community truly enjoys equal access to economic and social opportunities.

There is a long and uncomfortable history of AAPIs immigrating to the U.S. to labor on plantations, railroads, and mines to reap profits for others. To entice their cheap labor, AAPIs were promised the American Dream: equal opportunity to economic and social mobility in America. Some AAPIs have achieved the economic mobility factor of the American Dream equation, but others have not. This is partly due to the diverse immigration routes within the AAPI community. Not all AAPIs immigrated to the U.S. under the same restrictions or incentives. After the Immigration and Nationality Act of 1965, Southeast Asian war refugees (wars that the U.S. were heavily involved in) were primarily funneled into “low-skilled” labor after American resettlement, a narrative that fits my own family. After fulfilling its insatiable appetite for cheap and low-skilled labor, Congress passed the Immigration Act of 1990, which brought a new wave of “high-skilled” Asians to work in the growing STEM industry under the H-1B visa program. These high-skilled Asians earned nearly double from 1976 to 2016. In contrast, lower-income Asians only saw an 11% income increase during this same period. This divide has contributed to the largest growth in U.S. income inequality among Asians. As a result, AAPIs differ widely in access to socioeconomic status and mobility.

A good Asian-American girl provides for her family and carries the American Dream baton to the finish line. If immigrant parents can’t achieve socioeconomic success, the responsibility frequently falls to their children.

AAPIs can’t simply hard work their way out of poverty, racism, or classic xenophobia, as the American Dream suggests. Some AAPI communities have limited English-language proficiency, which creates barriers to economic and educational opportunity, especially for those coveted “high-skilled” jobs. In AAPI culture, it’s also common for multiple generations to live under one roof, where incomes are frequently spread thin to financially support grandparents and young children. Even for high-skilled and high-earning AAPIs in the tech world, a 2018 study by Ascend found that Asians are the least likely racial group to be promoted to Silicon Valley managers, although they make up the largest racial cohort in tech. These invisible barriers to socioeconomic success, commonly referred to as the “bamboo ceiling,” directly contradict the model minority stereotype and American Dream hype for AAPIs.

The model minority and crazy-rich-Asian myths don’t even align with my own Asian experience. My parents never worked less than two jobs each, but somehow hard work didn’t guarantee their golden ticket to wealth or social mobility. While working, my family received food stamps and public housing assistance when I was young. I remember my elementary school hosting canned food and toy drives during the holidays, and I distinctly remember wanting to die of embarrassment when there was a knock on my door two weeks before Christmas⁠—teachers from my school were smiling at me in Santa hats clutching the donated goods in red bins. Instead of my family encouraging me to “be whatever you want to be”, my dad begged me not to be like him. I was told to study hard, go to college, pursue a STEM career, and do whatever possible to minimize my risk of economic failure. A good Asian-American girl provides for her family and carries the American Dream baton to the finish line. If immigrant parents can’t achieve socioeconomic success, the responsibility frequently falls to their children.

My parents never worked less than two jobs each, but somehow hard work didn’t guarantee their golden ticket to wealth or social mobility.

Like many racial and ethnic minority groups in America, AAPIs do not enjoy equal opportunity or access to the American Dream. Their label as a “model minority” is a myth, created to divert attention from structural racism in the U.S., and pit AAPIs against other racial and ethnic minority groups, all in an effort to perpetuate the false notion that hard work will eventually manifest the American Dream. Pay no attention to structural racism and other socioeconomic barriers to wealth, career advancement, and other avenues of social mobility—just work hard and you can be anything you want to be!

Though I appreciate the power and necessity of AAPI Heritage Month to celebrate our community’s success, celebration alone will not improve the economic status or social mobility of AAPI communities. Yes, it’s important to celebrate our achievements, and we should also acknowledge how freaking hard it was for us to achieve anything at all. Fulfilling the American Dream takes more than hard work and dedication: there’s special pixie dust to the formula that requires acrobatic maneuvering of racist structures and xenophobic culture, all while trying to pretend like those factors don’t appear in the American Dream equation. AAPIs have historically faced and still battle barriers to economic and social mobility. Pretending that racist and xenophobic obstacles don’t exist for us isn’t going to make racism and xenophobia magically disappear from our communities. We need to call it all out and support other racial and ethnic minority groups that want the same things we do—equal opportunity and access in America for ourselves and our descendants.

As a Vietnamese-Mexican-American, Antoinette is passionate about advocating for the communities she grew up in. She specializes in financial policy with the Congressional Hispanic Caucus Institute and runs her own academic and financial consulting practice. You can always find her dancing, laughing, and cooking with loved ones.