Just Let The Man Pay For The Date 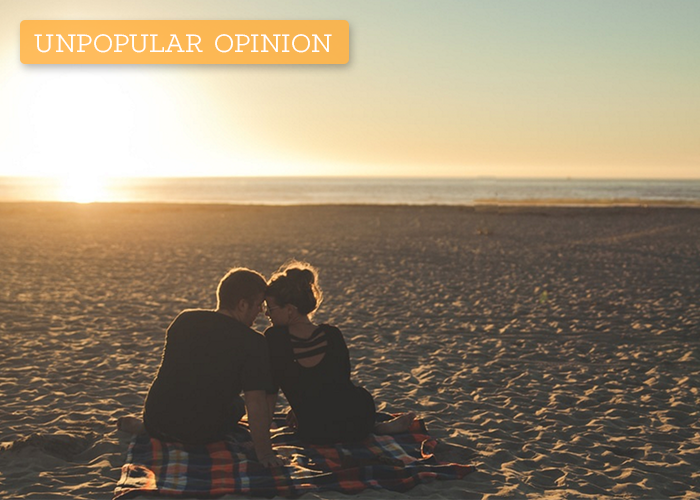 I can only imagine how many people are groaning as they read this title. However, before leaving loads of hateful comments telling me what a bad feminist I am, consider what I have to say. Despite what years of feminism and women’s liberation movements have told us, I think it’s okay to let a man pay for a date. I’m eternally grateful for the impact that feminism has had in my life, and that I don’t have to be dependent on a man like my grandmother was. In the words of female financial advisors everywhere, “a man is not a financial plan.” As an adult, you should be able to take care of yourself and stand on your own without a man’s help. This isn’t a Mad Men episode, after all. However, when it comes to dating, a man should be pursuing you and paying for dates. While it may have something to do with my Southern upbringing, I have friends from all walks of life and backgrounds who would agree with me.

It has very little to do with the money; it’s more a matter of principle. Regardless of whether you go get ice cream down the street, or dinner at the most expensive restaurant in the city, a man should pay for dates until you are in a very serious, committed relationship. Even if you are in a serious relationship, he should be paying for most of them, unless you’re taking him out for a special occasion, or you’re paying for something small on a date (like leaving a tip at dinner, or picking up the tab for after-dinner drinks). I have female friends who have been married for close to 20 years and have never had to pay for a date.

Whenever we went out as a family, my mom never paid for anything (although she usually brought the coupons). First off, dates don’t have to be expensive. Some of the best dates I’ve ever been on involved froyo, coffee, and/or Chipotle. While all of these things are under 10 bucks, you would be hard pressed to find anyone who doesn’t like at least one of these things. So, if a man can’t part with $5 or $10 to get coffee or Chipotle, he isn’t a keeper. In fact, you should probably run, because he’s either cheap, not that serious, or doesn’t really like you and is using you to pass the time. This isn’t meant to sound rude or condescending, I’m just speaking from my own experience, and mistakes I’ve made in the past.

A man should be pursuing you, and it should be easy on your end as a woman; all you should have to do is show up, and have fun. As a general rule, if dating someone is hard, that is not the person for you, unless there are some extraordinary circumstances. A man who wants to be with you won’t expect you to pay for dates, especially in the beginning.

I drive for Uber and Lyft, and have seen this in action on Valentine’s Day. One of my passengers was a man about my age who flew in from Chicago to take a woman he was dating out for Valentine’s Day. He bought her a lot of stuff (I’m not sure what, but there were a lot of shopping bags), booked a room for the night in one of the most expensive hotels in the city, and had a lot of romantic activities planned, including to some of the best restaurants in the city. He probably spent close to $500 to make sure that his Valentine had a romantic weekend with him, and he was totally happy to do it.

You shouldn’t have to pay for a man’s attention or try to “buy his love.” He shouldn’t be with you for any reason other than to be with you. If he has ulterior motives or is simply using you to pass the time, he’ll expect you to pay for dates, or pay for your portion of the date. Whether you agree or not, men have been viewed as providers since the dawn of time. This isn’t to say that a woman can’t make more than a man, aspire to be successful in her chosen career field, or have aspirations beyond finding a man. In fact, you should be doing all of these things and creating the life that you want for yourself. You should be hustling at your job, working hard in school, and finding ways to reach your dreams. Regardless of whether you want to be a stay-at-home mom, or run a Fortune 500 company, the best thing you can do is work on yourself, and let a man do the work in a relationship. It isn’t submissive or sexist at all; you should want someone who cares about you and respects you.

Surprisingly, I would go as far as to say that there is even a feminist argument to letting a man pay for dates. As controversial as this may sound, it’s a sad fact that it’s expensive to be a woman. We make 75 cents to a man’s dollar (and this disparity is even greater if you’re a woman of color). As if that wasn’t enough, there are higher costs related to being a woman (even if you are a DIY master). Think about it: how many men do you know who pay for tanning, waxing, getting their hair done, manicures, and pedicures? How much do men spend to be taken seriously at the office, compared to how much women need to spend? Is it fair that your female existence is more expensive than your date’s?

Have I said it enough yet? Letting a man pay for a date does not make you a bad feminist. I’m as feminist as they come, but would never go out with a man again if I had to pay for a date. Women may be behind career-wise (simply because of the way our system is set up), so instead of focusing on a relationship, they should be focusing on bettering themselves. Instead, let the man do the work to pursue you. Even if you make significantly more than he does, you shouldn’t be paying for dates. When my parents first started dating, my mom made significantly more than my dad. However, she never paid for dates when they first started dating. I honestly believe the most successful relationships are when a man pursues a woman, including financially, in the beginning stages of dating. So, instead of worry about him or “being fair,” let him pay.

Cait Morrigan is an Atlanta-based student, Uber/Lyft Driver, and author. She lives with her mom, chinchilla, and cat.