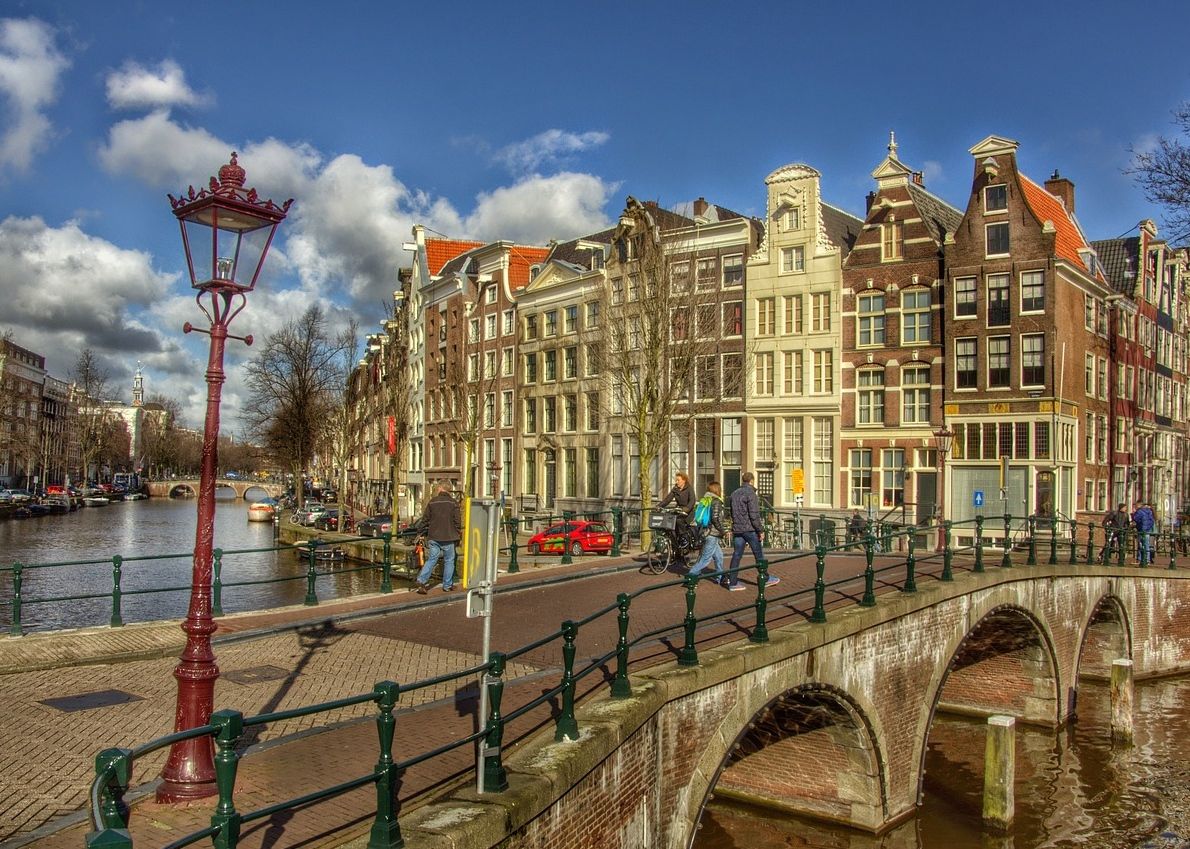 Our first “foreign correspondent” is Nikita Marwaha, who currently lives in a town just outside of Amsterdam, and answered the following 10 questions:

I live in a city named Leiden, near Amsterdam in the Netherlands. I moved here in January 2015. I am about 30 minutes from the heart of Amsterdam by train.

I work as a science editor for a company that provides editorial services for clients such as the European Space Agency and the German Aerospace Center. I write and edit both print and digital content for them.

3. How exactly did you get that job?

I was introduced to someone at the company during a book signing for astronaut Chris Hadfield in London, a few years ago, and then kept in contact. By the time I was looking for a job, the company had gotten to know me and I had gained an interest in what they do. It was a great fit and I lucked out with the timing.

Every month I pay for rent, health insurance and a phone plan. Groceries aren’t too pricey here, but eating out does cost a bit more than I’m used to. I try to shop savvy and buy things that last, and that I know I’ll use that week. I stick to the #NeutralLife when it comes to shopping for clothes and limit myself to things that I know are investment pieces or items I’ll get a lot of use out of. As a result, this expense can vary from month-to-month.

In Leiden, a 35-square meter studio apartment  (375 square feet) costs around 750 Euro per month, which at the current exchange is about $845. If you were to live in Amsterdam (right in the city), there are not many studio apartments, but bigger apartments (with 1-2 bedrooms) cost well over 1200 Euro per month ($1,345). You could offset the cost by living with more than one person. You don’t get as much for your money in Amsterdam, in comparison to Leiden, and the quality of housing tends to decrease a little. Personally, I like living in the small town and getting more for my money. I work in Leiden which is why I live there, but even if I had to do the commute into Amsterdam, it wouldn’t be a problem. (It’s great that a big city vibe is within reach, not only in Amsterdam, but at the Hague and Rotterdam.)

I like the emphasis of the work-life balance in the Netherlands. It astonished me at first – to see most people working part-time, children playing outdoors, people cycling in the sun during work hours, and most places closed early, or entirely on Sundays. The friendliness of the locals has made it easy to acclimatize. Often referred to as the happiest country in the world, the Dutch really do enjoy the little things in life.

It was challenging to find my place in a city comprised of two extremes. As a university town, Leiden is packed with students, but it is also home to the family type of folk – I don’t fit into either group at this stage of my life. Luckily, Amsterdam has more of a variety. Living in a small city as opposed to a big, skyscraper-filled one was a bit of a culture shock as a young professional from London.

Navigating the paperwork involved with moving to a foreign country, making local friends and feeling at home, were a few of the obstacles I faced when I moved. I tend to have a positive attitude to change and after some time and some help from new friends and colleagues, I found my way. I recently wrote a TFD article on the unexpected realities of living abroad which includes more on the topic.

Be patient. Things won’t click right away and at first, the new language may be daunting. The Netherlands is filled with pretty, quaint Dutch cities, so appreciate your new surroundings as much as possible. There are a lot of English-speaking expats in the Netherlands, which will make your move a bit smoother. Even though Amsterdam is such a big city, you feel like you’re in a quaint, homey town when walking around. The culture isn’t at all opposed to tourists, which makes it easier to ask strangers questions, and make friends.

I would say that the fierce competition for housing and the rent prices surprised me. As one of the most densely populated countries in the world, affordable apartments are difficult to come by here. I also have to pay for private health insurance separately, as opposed to contributing to the British NHS, which also surprised me, but it’s something I’ve got used to and value having.

Nikita Marwaha is a writer and editor from London, UK. She blogs at Making Apple Pie From Scratch and you can find her on Twitter.