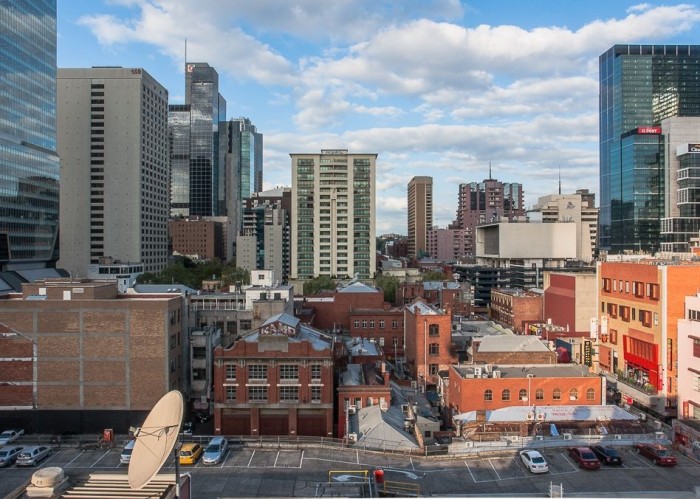 Each week, TFD is taking an in-depth look at the cost of living in other countries, to learn how people like us are able to fund their worldwide dreams. Moving abroad is something many of us regard as an unattainable goal, but it shouldn’t be reserved solely for people who don’t have to worry about money. We have an incredible lineup of people who have moved to every corner of the globe and are more than willing to explain what their expenses are, and what it took to take the plunge and move abroad. If you live abroad, or have lived abroad recently, and would like to participate in this exploration, email maya@thefinancialdiet.com.

Last week, we explored Cambodia. This week, “foreign correspondent” Gemma Kiernan, who is from Ireland and moved to Australia, answered the following 10 questions:

I currently live in Ireland, but I lived in Melbourne, Australia for a year after graduate school.

During my time in Australia, I was a digital marketing manager for a cosmetics company.

I initially got the job when I was doing my master’s in Ireland. I got an internship managing the company’s social channels. I applied on a whim and was surprised at how much I enjoyed the work. I ended up working full-time at the company while finishing my master’s. At the end of the year, the opportunity came to relocate to Australia and launch the brand’s social media channels in Australia and New Zealand.

It’s probably a testament to how much I enjoyed the work because I went despite the fact that the company didn’t pay for my relocation costs. My boyfriend and I saved for about eight months before we moved. To save extra money, I picked up additional freelance work whenever possible, and he took a job as a customer service agent. When we moved to Australia, I wasn’t starting in my new position for about a month, so I got a job as a waitress before I started my “real” job. Even though I was making a full salary, I kept this job as a waitress on the weekends while I worked full-time. The flight from Australia to Ireland cost about $1,500 (for one ticket), and we had about $6,000 in savings when we arrived.

Melbourne is very expensive, which is why I kept my waitressing side hustle even while working full-time. Our rent on a tiny studio apartment was $1,600/month. It was so small that you could open the fridge while sitting on the bed, and we used our closet to store clothes and non-perishable food. Transport was about $140/month and our food came to around $80/week (this would get us relatively fresh, healthy groceries). In my case, these costs were all shared between two people.

Melbourne is a vibrant, cultural city. We lived near a park and museum, and because we didn’t have a lot of disposable income, we would spend the majority of our time hanging out in the park, eating lunch, reading, and people-watching. We used to scour the city looking for cheap eats which we would usually take out and eat in parks or in the city squares. Because the climate lends itself to an outdoorsy lifestyle, we usually just went for walks around the city instead of eating out or visiting bars/pubs

Another thing that made us comfortable in the city was the fact that both my boyfriend and I worked in an Irish bar on the weekends. We ended up growing really close with the old and new expats that visited the bar; we spent many nights singing maudlin songs about the motherland.

The biggest challenge was definitely the distance. I often felt so removed just seeing our family and friends’ lives through Facebook. Australia is on the other side of the world from my loved ones and I felt really isolated. Australians are also a different breed from the Irish and sometimes we would find their culture and humor quite brash. There’s a certain strain of exhibitionism in many Australians that I found intimidating.

Rent and finding a place to live was unlike anything I’d experienced before. The cost and competition that came with finding an apartment was fierce. When you’re apartment hunting, they want your credit history and references, which neither of us had in Australia. We ended up lucking into an apartment because the couple renting had a daughter our age and happened to like us.

First, save. Save, save, save. This sounds like fairly bleak advice, but cost of living is very high in Melbourne. We needed a month’s rent and a deposit to move in, and housing is very expensive. Also, try to avoid settling into an apartment in the touristy areas. Renting in the suburbs is cheaper, and you’ll be surrounded by more locals. I would also advise that you explore constantly. My favorite places in Melbourne were not expensive, nor were they on a tourist map. The (free) public library always has exhibitions, and there are great old buildings that you can just stroll into and explore.

It was actually very easy. We applied online and received our visas a few weeks later in the mail. They were about $130 each.

Absolutely. Internet and mobile phones are more expensive than we were used to. Banking in Australia is filled with tricky clauses and extraneous charges. Certain foods will go out of season (like bananas) and are very expensive in the off-season. And finally, booze is extremely pricey in Australia.