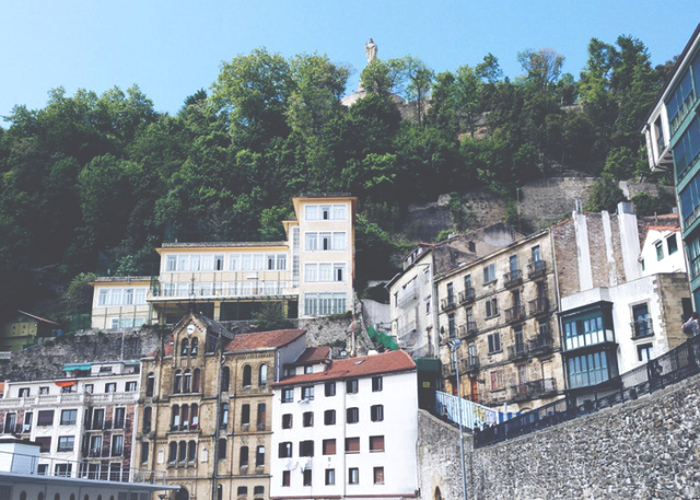 This week, our “foreign correspondent” is Trevor Huxham, a native Texan who lived in different regions of Spain for over two years, answered the following 10 questions:

When I first moved abroad in September 2012, I lived in the small town of Úbeda in southern Spain. But the following school year, I transferred to the northwest where I stayed for two years in Santiago de Compostela. I returned to the States in July.

1 was employed by the Spanish Ministry of Education as an auxiliar de conversación or a “language assistant” and helped public school teachers in bilingual classrooms teach English as part of the government’s drive to improve Spaniards’ command of the language. I worked in primary schools (i.e., preschool through sixth grade) in both the north and the south of Spain.

The fall of my senior year of college, my Spanish professor forwarded me a promotional email the Spanish Embassy had sent her about this program. Over winter break, I sent off my application — which mainly consisted of a recommendation letter, a letter of intent, and a really glitchy online app — but I didn’t hear until July 2012 that I had been placed at a school. As long as you sent your files in on time and endured the immigration process, the government would accept you on a first-come, first-serve basis.

I probably saved about $4,000 while working at my summer job and living with my parents. I had to drop $1,000 on a round-trip trans-Atlantic plane ticket, but then set aside a comfortable $2,000 to cover the costs of eating out and hostel beds while apartment hunting, security deposits and general living expenses before the first month’s paycheck came in.

I was fortunate enough to graduate with only $12,000 of debt, so I just set up my student loan payments to be taken from the funds in my American bank account automatically every month while I lived day-to-day with my Spanish bank account. Not everyone enters the program in as fortunate a position, but many other assistants have had success in deferring their loans or getting on an income-based payment plan.

The monthly paycheck (officially a tax-free “stipend” because I was technically considered a “student”) of 700€ was more than enough to cover the necessities, and leave me some extra money to travel occasionally. I also taught several private English classes on the side for an additional 10-12€ per hour.

In Santiago de Compostela, I shared an apartment with two other American language assistants and paid 133€ for rent. The downsides were that we didn’t have A/C, central heating, a dishwasher, or a dryer. Utilities averaged 50-65€ per month: our internet bill was 35€, each month we went through two 15€ butane tanks that heated the water and supplied the gas stovetop. And the electric bill came every two months and ranged from 70€ in the fall, to twice as much in the winter. I found food to be very affordable in Spain. I cooked most of my meals at home and spent 20-30€ a week at the grocery store or farmer’s market. When eating out, a cup of coffee and a croissant ran around 2€ and a 10€ set menu at lunchtime would include a starter, a main course, a drink, bread, and dessert.

My 15€/month pay-as-you-go cell phone plan covered 1,000 texts, 1GB of data, and calls for a few cents per minute. Almost all Spaniards with smartphones use WhatsApp messaging over data to compensate for their precious few SMS, so that was simple to navigate. The Spanish government provided me with copay-free private health insurance. It cost 1€ to ride the city bus, but I mainly walked everywhere as Santiago was so small.

Santiago is a big university city, so I always loved seeing and hanging out with people my age around town. Santiago sticks out as a major international center, drawing pilgrimages, tourists from all over the world and college kids studying abroad. Even though I am not part of the Spanish culture, I didn’t feel out of place, and felt very welcomed.

The Camino de Santiago pilgrimage route, which began in the Middle Ages and has seen newfound popularity in the last couple of decades, finishes in Santiago de Compostela. Santiago de Compostela is also home to a very large, and prestigious university. So between travelers passing through, international students returning home after their semester abroad, or university students going home on the weekends, it could sometimes be difficult to make lasting friendships.

In addition to Castilian Spanish, they also speak galego, or the Galician language in northwest Spain, so initially I had to juggle not one, but two foreign languages, especially since all the teachers and students at my rural elementary school preferred to speak in Galician rather than Spanish. But my inner linguistic nerd went into overdrive and I actually ended up learning Galician — it’s very close to Spanish and Portuguese.


7. What obstacles did you face when moving abroad, and how did you deal with them?

I got Seasonal Affective Disorder (SAD) every winter, thanks to the three dark months of rain and overcast skies that kept me indoors most days. I tried to combat the “winter blues” by hanging out with close friends and keeping in touch with my family back home, cooking comforting soups and baking cookies, and getting as much sun exposure as I could whenever the clouds momentarily broke away. I also tried to plan trips within Spain (on a strict budget) every so often to give myself a pick-me-up.

This may seem simple, but you’ve got to invest in a pair of quality rain boots, because there is nothing worse than having to run errands in January with soggy socks and numb toes. You’ll feel invincible walking around in a storm with boots on.

I had to apply for a student visa in person at the consulate in Houston, Texas. Luckily, I’m from Dallas, so the trip only cost $100 for a roundtrip Megabus ticket and an overnight stay. The visa process wasn’t too terrible of an ordeal, but it required me to follow directions meticulously and come prepared. It involved filling out application forms, handing over my passport, and providing passport-sized photos ($11), a medical clearance letter ($35 copay), a state background check ($25) with an apostille on it ($15), copies of my acceptance letter, a $160 processing fee, and a prepaid Priority Mail envelope for them to mail everything back to me in ($6). That adds up to $252. Once in Spain, I was able to extend this three-month student visa by getting temporary residency for the duration of the school year (which cost 15€).

I was surprised by anything having to do with enduring a rainy, Atlantic climate during the winter, just because I’m not used to it being from Texas. Rain boots, gloves, scarves, a space heater, a dehumidifier, extra blankets, and an extra umbrella, were all expenses I hadn’t counted on, simply because I grew up not having to consider these things. If you already have experience with these temperatures though, you’d be all set.

Trevor Huxham is currently back home in Texas saving up for a big move out west, but he continues to write on his travel blog, A Texan in Spain. He is on Twitter and Instagram.
Image via Pexels