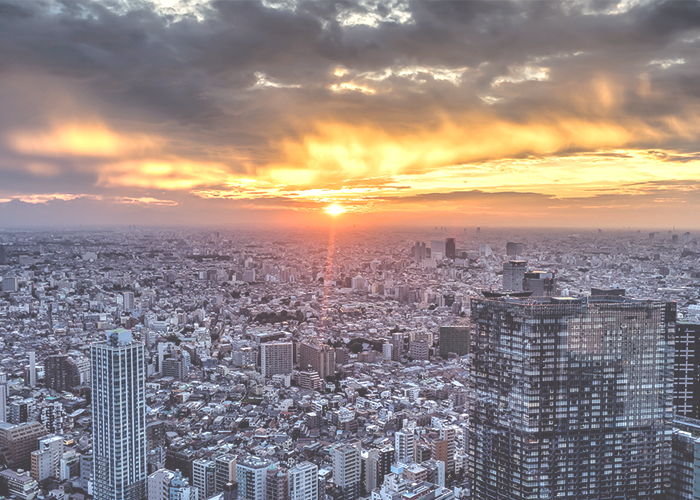 I live in Tokyo, Japan, and I moved here in early 2015 on a working holiday visa. I’ve since transferred to a work visa and plan to stay here for quite a while.

I’m a freelance writer for various entertainment news websites, and I also translate smartphone apps from Japanese to English.

The writing job came about after emailing samples of my writing to websites I enjoy reading. The translation job I got through a friend of a friend. Networking really does work, especially in Japan which has a tight-knit expat community. I saved up for the move for about six months while I was working in London, and I was also given a small loan by my parents in case of any financial emergencies, which I ended up not needing and have since been able to pay back. To move, I needed plane fare, my savings, one month’s rent, and one month’s living expenses.

I live in a small apartment about 30 minutes from the center of Tokyo. The rent is 70,000 yen per month (about $600) and includes all bills. Getting an apartment in Tokyo usually involves a lot of up-front costs, but you can avoid these by looking around. There are companies that cater specifically to foreigners, but they can drive the price of rent up a little. I generally live a pretty frugal lifestyle — food here can be really cheap, and even going out to eat can be inexpensive.

I feel a much greater sense of personal safety and freedom here than when I lived in London. I can go by myself to the convenient store at 2 AM if I feel like it. Public transportation is excellent and you can get almost anywhere by train. The city is clean and the people are polite, and there’s so much to do and see here. Tokyo also has a higher concentration of foreign residents than other places in Japan, so people are less likely to treat you like a tourist here, which is nice when you actually want to acclimate and not stand out as much.

I’ve lived in Japan several times before, and luckily, I haven’t had any culture shock this time. I find it helps to avoid drawing comparisons between Japan and your home country. The biggest challenge is probably accepting that here, I’m a very visible minority (Japan is 98.5% ethnically Japanese), so I’m going to stand out wherever I go and whatever I do, and people will have certain preconceptions about me.

Packing for the move was quite difficult, since there’s usually only a 23kg luggage allowance for flights from Europe to Japan. English-language books and shoes are two things that are heavy and hard to find here (a U.S. size seven shoe is generally the largest available, and I’m a size eight). So, packing was definitely a struggle, especially because I also didn’t want to spend any more money than I had to on buying things after my arrival. However, It was a very good opportunity to minimize my possessions.

Join meetup groups and use the online community to get advice on everything from finding a job, to renting an apartment, to getting a phone, to finding an English-speaking doctor. Learning a little Japanese will go a long way, too.

Since I’m from the UK, which has a working holiday visa agreement with Japan, I was able to get a visa easily. Applicants need to be between 18-30 years old and submit an application in person at the Embassy of Japan in London. The visa itself cost £17 ($25), but you do need to provide a bank statement proving you have sufficient funds to support yourself initially, either £2500 ($3,650) in cleared funds, or £1500 ($2,190) and a return ticket. Other countries with a working holiday visa agreement with Japan include: Canada, Australia, New Zealand, Ireland, Germany, and France.

Fruit and cheese are extremely expensive in Japan, as is anything imported, such as English-language books and magazines. Also, socializing in Japan can get quite costly, since the custom is to go out in a large group, order tons of food and pitchers of beer to share, and split the cost equally afterward. Even if you don’t eat or drink much, you still have to pay the same amount as everyone else.

Evie is a freelancer writer and translator from the UK, currently living in Tokyo, Japan. She loves to read, write, play video games, and take naps.