Looking “Poor” Was My Biggest Teenage Fear, And It Still Follows Me 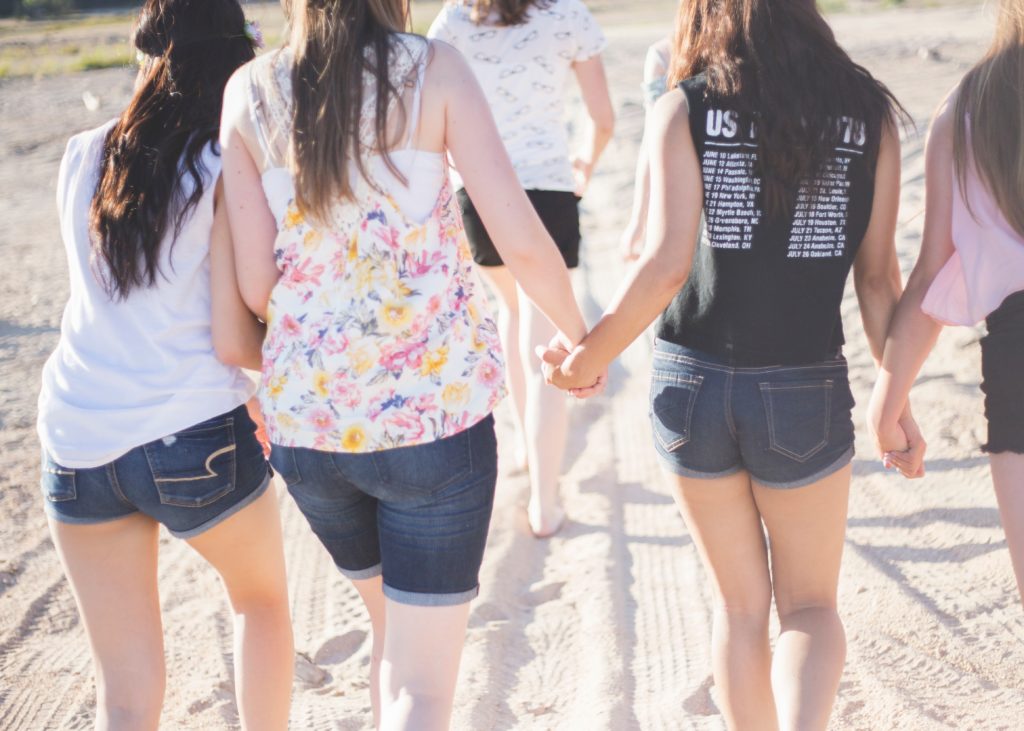 I went to public school for 8 years in one of the highest-scoring districts in my state. Plenty of parents like mine pick their neighborhoods based primarily on the caliber of its school district to offer their children the highest opportunity they can provide. The market values of houses, cost of living, and transportation revolve around public school districts funded by higher income taxes. So, my parents had presumed I would continue on in the public school system through high school.

However, when I was in eighth grade, I stumbled upon a small, all-girls private Catholic high school. I had never heard of it before, nor am I Catholic, so you can imagine their surprise. But I was enchanted by the idea of escaping prepubescent boys and whisking off to the land of plaid skirts to try something new. What I did not realize at the time was that, by attending, I would be taking my parents into a total of $50,000+ of unplanned tuition expenses (which is about the equivalent of some 4-year university costs).

I am from an already affluent area, and my new high school reflected the upper crust of the upper middle class. In-home movie theatres, illustrious European vacations, and designer brands I hadn’t known existed were commonplace. We had one “tag day” a month, where students would purchase the right to swap their uniforms for “regular” clothes for $5 to a selected charity. The hallways were a runway those days. My first tag day, I wore a pink t-shirt I’d bought at a restaurant at the beach that summer, Abercrombie skinny jeans, and my short chestnut Uggs. My peers, however, were draped in the local boutiques’ $100 blouses, designer jeans, and Frye boots (which retail around $500). Before our fall field trip to Washington, D.C. that year, I threw what can only be described as a teenage temper tantrum to my mother that I absolutely must have a pair of Frye boots for the trip. Since both of my parents worked full-time, the only time she had to take me to the store was 9 PM on the Thursday before the trip. We drove 45 minutes to a Nordstrom that had my size in stock and had to bang on the door for a clerk to let us in to buy them.

What 14-year-old me learned that year, between the onslaught of tag days and weekend party outfits, getting ready for homecoming at my new friend’s house, and the constant mocking over the fact that I came from a public-school background, was that I needed to blend in at all costs. I could not let anyone catch on to the fact that I had two hard-working parents who could barely afford my tuition, let alone this lifestyle. Every teenage girl wants to fit in, and I was in over my head. I was drowning and did not have the resources to swim, so I just fought to stay afloat in an effort to avoid being exposed for the “middle-middle class” family I had.

There were a lot of factors that fed into my disillusioned desperation that created a perfect storm for my class-oriented paranoia — my parent’s inability to say no, the relative affluence of my public school community, and a predisposed notion towards insecurity. And as fate would have it, I went to high school right after the recession hit. My father, whose salary and benefits far outweighed my mother’s, lost his job twice in three years, and we had to file for unemployment. Instead of expressing sympathy or understanding the situation, I grew angry towards my parents for being completely unable to keep up my illusion. I worked extra shifts at a local restaurant to be able to afford a few pieces of clothing to help me fly under the radar and catch a few compliments, but I couldn’t keep up with the ever-evolving wardrobes of my peers. I grew accustomed to my mother telling me “she’d transfer me the money” and my card declining while I was out to dinner with friends, or having to run to the bathroom to call her and yell to her that my card would decline if she did not send me $20 more.

One of my biggest fears as I’ve become an adult, reasonably, is my bluff being called. I clearly remember being so grateful that moving to college meant moving into a dorm. I could finally host people again without being insecure about how small and crowded my house was. I did not have to avoid people’s parents dropping me off at my house. But where there’s a fear, there’s a way. I went to an elite east coast university an hour away from my family, which drew in out-of-state students. I always worried that a friend would ask to stay at my house over Thanksgiving or another holiday, and I avoided the possibility at all costs, making up lies or pushing my family to travel so we would not be around.

Now that I have graduated and am financially independent and entirely responsible for my own expenses, I have grown an appreciation for my parents’ sacrifices. I’ve gone through stages of remorse and shame over the bitterness I felt that their best tries to provide me a successful, happy life at times fell short to my selfish, insecure (and often entitled) attitude. It’s something I hope to one day address with them, but right now, the shame and addiction to keeping up is still fresh. Old habits die hard. Even in a relatively grounded adult friend group, I find myself needing to be “flashy.” I cannot fully ditch the idea that I need to look the best, act the most refined, and keep up with the Joneses. In lieu of a large contribution to my emergency fund, I find myself online shopping or spending my extra resources on $75 makeup that I couldn’t have afforded even a year ago. Just the other day, I impulse-purchased a brand new Apple Watch on credit because it looked nice.

What I am striving for, and part of even writing this article into existence is doing, is combating the emotional root of my spending — the insecurity that I appear out of place or undeserving of belonging. I went on a date with someone last month, and he was telling me about his family, citing them as “pretty blue collar.” He didn’t say it as a source of shame, but instead as an objective fact. I envied his nonchalance about his family’s socioeconomic status. I can’t even describe my family as blue collar, as we’re in the median income level for our area. But what I can hope to do is take my and my family’s financial reality as established fact. I don’t need to spend my entire life trying to convince the world I’m just a little “better off” than I actually am.

Rachel is a 23-year-old straddling the line between “recent college grad” and “young adult.” She currently lives on the East Coast and spends most of her days navigating her full-time job in finance. During her free time, she can be found anywhere near a body of water or with her friends and family.