How To Negotiate A Really Lowball Job Offer 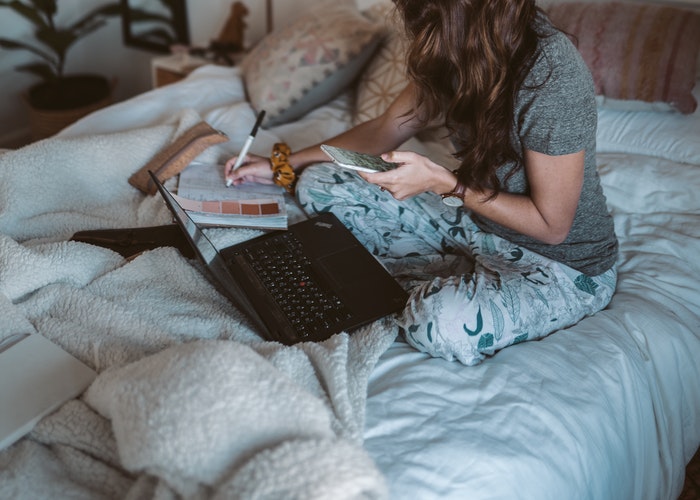 Job-hunting during a pandemic, in my experience at least, can feel fruitless at best. At worse, it seems like all odds have been stacked against you, a wall you can’t kick through, climb around, or claw your way over. Unemployment rates are scattered throughout the country and vary, city by city. For instance, in Los Angeles, where I live, the unemployment rate is a staggering 20 percent. According to the U.S. Bureau of Labor Statistics, Utah has the lowest unemployment rate of 5.1 percent. Overall, the unemployment rate is at about 11 percent — but that’s not counting underpaid employees or people who have run out of unemployment benefits. The number is likely a lot higher.

“Companies have been less competitive with their offers these past few months…there is a perception that the candidate should just be grateful to have a job.”

Anyone who’s been job-searching in the last few months has probably noticed fewer call-backs, far fewer recruiters reaching out on LinkedIn, and possibly more competition. It made me wonder if all of this has impacted the salaries companies do offer new hires during this time period. With a larger applicant pool and the financial struggles these companies may be facing themselves, it wouldn’t be surprising if people are being “low-balled” right now. So I asked some experts in the career and recruiting field to see what they’ve noticed.

“I have observed that companies have been less competitive with their offers these past few months. This is something you see often with periods of high unemployment because there is a perception that the candidate should be grateful to have a job and more likely to accept less than they would normally. Also, employers have more candidates to choose from than they normally would so they are more likely to find people who will accept at a lower price,” Kyra Willans, recruiter and career coach, says.

Sarah Donovan, the senior media recruiter at The Creative Group, tells TFD that the companies that are in a good place to hire right now are dealing with a lot of competition. And if they can find a great candidate for less money, then, well, that’s a bargain. “There are so many qualified candidates on the market now looking for work that hiring managers are realizing that they can find a great person for less money. I would still say that their main priority is finding the right person, not the cheapest person, but if they are faced with two awesome candidates with the same amount of experience, and one is more flexible on salary requirements, their decision suddenly becomes much easier,” Donovan says.

Paul French,  a recruiter, and the founding director of Intrinsic Executive Search, adds that in his experience, “white-collar” industries have been hit the hardest in regard to companies cutting back on salaries. The upside is that some businesses have increased other perks to make up for the lower compensation or a slash in salary. Paul tells TFD, “While hiring in these industries has not entirely stopped, many companies are…opting instead to increase non-monetary perks and benefits.” If you get a lower-than-normal job offer, you may be able to ask for some of these other perks, which include child care reimbursement, health and wellness benefits, and work/life benefits such as PTO and assistance to set up remote work, French says.

Workers in some industries can negotiate more money.

It makes sense — those who are considered employees in essential industry fields that haven’t been impacted by COVID-19 may stand to earn higher salaries than before. Think medical workers or supply chain employees. Paul tells TFD that they “might be in a better position to negotiate a higher salary offer than those applying to non-essential roles.”

You may have more luck finding freelance work…

Aside from lower compensation, I’ve noticed a higher number of freelance and contract positions posted on sites like LinkedIn. As you probably know, freelancers are cheaper to onboard because they don’t require benefits and there are no promises to keep them on (which, TBH, makes sense if a company is unclear as to how much runway they have these days).

“Contract or temporary roles are typically more common during times of instability compared to full-time roles,” Williams confirms. ‘For many companies it’s hard to predict what next week will look like, let alone next quarter.” It seems like the infrastructure and business model has been temporarily shifted due to this new recession. But freelancers should keep in mind that because companies can save money with onboarding and benefits, they should be offering freelancers a higher rate than full-time workers, too.

…but know your rights before you say yes.

If you do decide to pivot to a freelance career, keep in mind that some companies take advantage of workers by hiring them as freelancers but treating them as full-time employees. I’ve worked at those companies before. This is called labor misclassification and it’s largely illegal — know your rights as a freelancer before you accept a “freelance” position that’s actually a 9 to 5 job where you have to go into an office every day.

Donovan adds that she’s definitely seeing more companies lean on contract and freelance help because they’re most likely working with smaller teams after mass layoffs and don’t need approval for full-time overhead this way. “I wouldn’t say that it’s because they’re wary of committing to someone, but a lot of companies have dealt with mass layoffs and are working with super lean teams. So they will bring on a freelancer to help them get a project out the door, which allows them to build out their team temporarily without having to acquire the approvals for additional overhead on full-time hires. We were already seeing a trend toward more contract work prior to COVID, but the pandemic has accelerated the need for talented freelancers,” Donovan says.

The bottom line? Some companies are most likely getting away with being able to offer less money to candidates based on the current economic climate — if they’re even in a position to be hiring. But that still doesn’t mean you should give up and settle for a number you’re not happy with. While it’s true that there’s more competition in certain industries, it’s still definitely worth negotiating with your hiring manager.