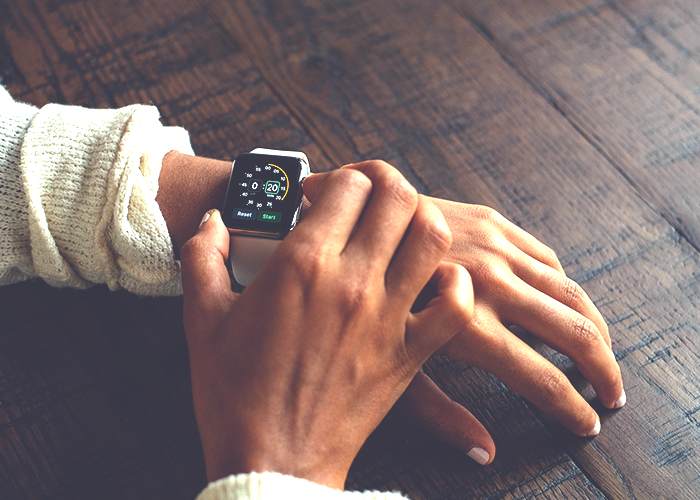 has definitely been one of the biggest challenges of my professional life thus far. And while I can’t speak for the rest of the professional 20-somethings, I don’t know anyone who loves or feels just oh-so-comfortable asking for more money. Whenever I have had to ask for a raise, I’ve walked in feeling confident because, in both instances, it was overdue and I had specific evidence to support why I deserved the raise. In both cases, I was successful, but I honestly wished I could have gone back in time and asked the managers, “hey, so how was I? Was I confident, or did I come on too strong? Did you think I could’ve asked for more money?”

I haven’t quite figured out how to have a performance review specifically about my asking-for-a-raise skills, but I do constantly wonder what was going through the head of the hiring manager, or whoever I was discussing the raise with. Recently on Reddit, I came across a thread about “negotiating a promotion or raise from the lens of a manager,” and there were some really interesting takeaways.

And while my first reaction was that this seemed rough, the more I thought about it, the more it made sense in both of my negotiation circumstances. The question on their end that was really the root behind a lot of the other questions was, “What is the least we can give her that will still feel like enough of a raise to make sure she stays?”

The manager who wrote the Reddit post says that one way to combat this is to have another “offer in your back pocket,” which allows you to threaten to walk away if they don’t match the number another company gave you. I don’t have any experience with walking into an HR representative‘s office with another full-time job offer in my pocket, but I have negotiated per-article rates using similar logic. For example, I can give one company a price to match (because several other companies already offer me that rate), and it has prompted them to meet that rate on more than one occasion. I do not negotiate rates on every article, but for longer-term projects, I do think having a number that the rate needs to hit in order for me to stay interested has been very helpful.

I am almost three years out of college, and this year, I’ve noticed a phenomenon among some of my peers: this is the age where a lot of people have stuck out an entry-level job for a couple years (and maybe completed a year at a mid-level position), and they are really ready to start making more than the base-level income, but aren’t getting anywhere. I’ve had so many conversations with friends about the fact that when negotiating, they’ve ended up getting very minor raises that don’t convince them to stay. In this type of circumstance, the author of the Reddit post suggests that this is either because the company simply does not pay well, or because the employee is improving faster than the company can afford to promote him or her.

If the problem is the former, the manager’s advice is, “To those asking ‘I am underpaid, have been for a while; how do I get a raise?’ sadly, there is a very decent chance that your only way to get a raise is to leave. Organizations that underpay tend to do so knowingly. If you challenge that, you will most likely get a spiel about how lucky you should consider yourself to work here, or get a carrot dangled in your face.

“As I mentioned earlier, your best bet is to go get another offer for two reasons: Firstly, you need an exit plan. Secondly, you need to know what your market value is. Once you have that, it’s a lot easier to make that decision.”

However, if the issue is the latter, the Redditor says, “When you become a manager, you will one day run into an employee who you know you cannot keep. Period. They are just too good, rising too fast and have too marketable of a skillset for your company to be able to handle them correctly.” In situations like this, the manager advises that sometimes (but not always), the only choice is to move on to somewhere you can grow more rapidly.

I wanted to end on this smaller tidbit of advice from the Reddit post, simply because I thought it was a really well-taken point that a lot of us can keep in mind when working up to our next raise. What I love about this advice is that it reminds us that getting a raise isn’t one conversation that magically gets you more money; it’s a process that involves you paving the way to the raise by showing your worth, and articulating your expectations. The Redditor says,

“If you want to increase your chances of getting those bigger raises, the best thing you can do (other than kicking ass at your job), is to figure out a way to plant the idea in your boss’ head that you do expect a significant raise/promotion when the time comes. How you do it depends on you, your industry, your boss, etc., but there is normally a way to bring up the fact that you are doing a great job, and you want to understand what is the plan for compensating that.”