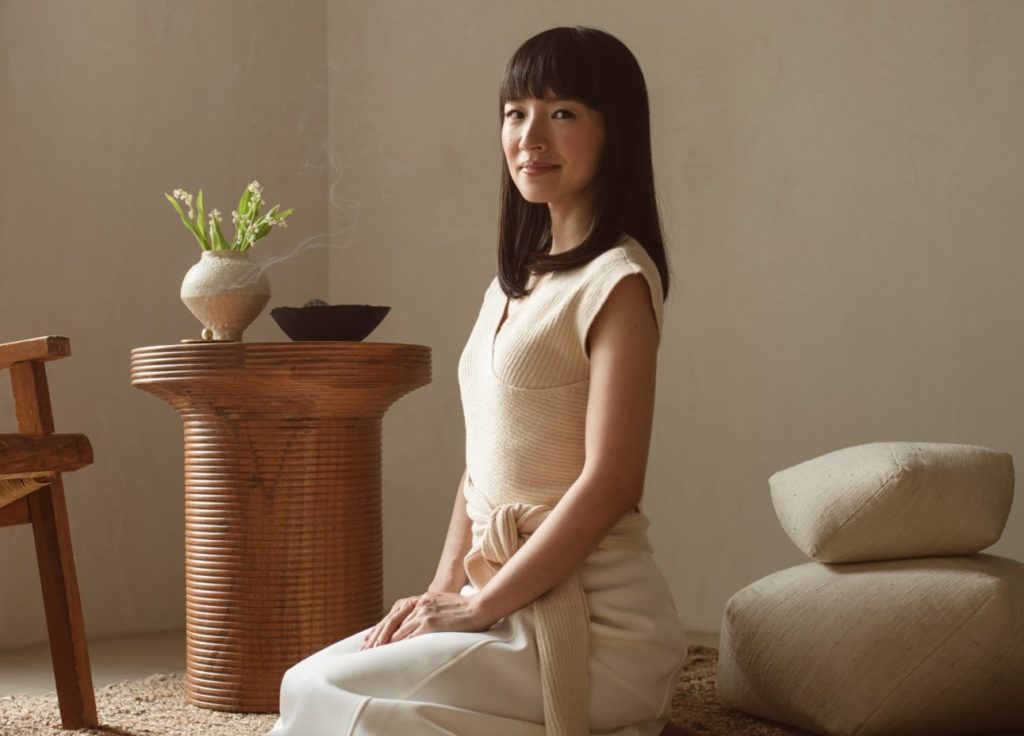 I first encountered The Life-Changing Magic of Tidying Up in my late teens, during a tumultuous move with my family to a much smaller apartment. The sheer amount of things I owned was truly staggering, put into sharp relief when I surveyed the dozens of boxes into which all my worldly items were forcibly stuffed.

I’d heard about how the book truly had changed people’s lives, but I was skeptical. I found an audiobook version online, dumped all my clothes on my bed, and pressed play.

By the end of the four-hour listen, I had several bags of clothes to donate, and I was officially a convert. Though I did take some of the advice with a grain of salt, I was enchanted by Marie Kondo’s philosophy of treating the items you own with respect, letting them go with equal respect, and working toward your own personal ideal lifestyle with mindfulness.

When the Marie Kondo brand announced in November of this year that it was launching an online store, many felt that it was in direct opposition to the lessons that the book preaches.

“It’s ballsy to encourage people to throw out their possessions only to turn around and sell them replacements,” wrote Atlantic staff writer Amanda Mull. “Despite the profound irony, though, Kondo’s pivot from decluttering Svengali to tchotchke retailer isn’t particularly surprising. She has muscled her way to legitimate celebrity status in America, and in 2019 the end game of fame is always sales.”

Additional think pieces and tweets abounded, criticizing Kondo for selling out by hawking consumer goods, upending her status as a bastion of tidiness, organization, and decluttering. However, I was less surprised by the shop’s launch than by the indignant reactions. After all, Kondo is a businesswoman who has already sold millions of copies of her books, an international fleet of personal consultations and courses, tickets to public talks, and the Netflix show Tidying Up With Marie Kondo. With 3.4 million Instagram followers, the addition of physical products seemed to me like a natural progression.

“Think in concrete terms, so you can vividly picture what it would look like to live in a clutter-free space,” Kondo wrote in her book. “A person’s awareness and perspective on his or her own lifestyle are far more important than any skill at sorting, storing, or whatever. Order is dependent on the extremely personal values of what a person wants to live with.”

However, while tidying may be for everyone, the target demographic for the shop most certainly isn’t. Most of them are “aspirational” items that suit an elegant, minimalistic aesthetic with a neutral color palette. While my $35 Ikea dinnerware set suits me just fine, wealthier patrons may delight in the concrete serving bowls and geometric serving trays. The products range from usable, reasonably-priced day-to-day items like a $10 soap dish, $9 all-purpose cleaner, and ten reusable cotton rounds for $20, to more esoteric or strictly aesthetic items like a balance gem water bottle for $98 and aluminum tuning forks with crystals for $75. The least expensive item is an $8 ceramic chopstick rest, which claims to “[help] to keep chopsticks clean, off the table and ready for use.” The most expensive item is a brass tool holder, which retails for $275 and, as the description points out, can double as a vase. There is no option to sort by price, just by category.

Rachel Metz from CNN Business tested $200 worth of products from the shop, including the notorious gem water bottle and tuning fork. She also seemingly selected based on what seemed most intriguing, rather than what she believed would bring her personal value. Metz was unimpressed with many of the items; the tuning fork dented easily, and the set of chopsticks could have done with an extra sanding to make them smoother. She did decide to keep a few of the things she bought: Kondo’s children’s book Kiki & Jax: The Life-Changing Magic of Friendship and a glass teapot.

“Kondo has preached the importance of having people ‘hold each item in your hands, as close to your heart as possible’ to see if it sparks joy,” Metz wrote. “But this is impossible when you’re shopping on the web, at least until your credit card is charged and the box and packaging are already littering your home.”

The dangers of online shopping hold true for any retailer, regardless of their personal philosophy, but I still couldn’t figure out why people were so upset that Marie Kondo specifically was expanding her brand. If Gwyneth Paltrow can market a sex toy worth more than double my monthly rent, what was so wrong with marketing some minimalistic (albeit expensive) glass containers and aromatherapy oils?

Much of Marie Kondo’s ethos is based on the Japanese religion Shinto, and Kondo herself also worked at a Shinto shrine for five years.

“I began this custom [of greeting homes] quite naturally based on the etiquette of worshipping at Shinto shrines,” she said in her book. “I believe I was inspired to do so because the tense expectancy in the air when a client opens the door resembles the atmosphere when one passes under a shrine gate and enters the sacred precincts.”

Kondo encourages people to hone their sense of what “sparks joy” by physically touching or holding their objects with care. If they do not “spark joy” or are no longer useful, then she also recommends that people thank their possessions for their service. Whether it’s an unread book, an item of clothing that no longer fits, or even an old love letter from a childhood sweetheart, each thing had its time and place when it first came into a person’s life, and it is now time to learn from it and let it go. By integrating these beliefs into her practice, Kondo treats her clients’ homes with dignity and gives inanimate objects life.

In response to these methods, Anakana Schofield of The Guardian wrote, “Be assured that this joyless frump will not be following Kondo’s advice, to essentially hold my books against my teats and left ventricle to see if they spark joy.”

The dismissiveness with which Schofield treats Kondo’s philosophy reads as ignorant, without regard for the deeper meaning that might accompany it.

“In one video, Kondo helps a woman declutter her books by ‘waking them up,’” Schofield continues. “Surely the way to wake up any book is to open it up and read it aloud, not tap it with fairy finger motions — but this is the woo-woo, nonsense territory we are in.”

Shinto philosophy may be unfamiliar or even “woo-woo” to a largely Western audience, but to reject any of the lessons outright seems obtuse, and yes, even a little racist. Goop (and its ilk) don’t necessarily have the same cultural ties backing it up, so the criticism directed toward Kondo feels especially unbalanced.

I don’t believe Marie Kondo is a hippie-dippy sellout and a shill for launching an online shop. As a businessperson with a substantial following, expanding her brand to encourage those aspirational of a certain lifestyle and aesthetic seems like a reasonable step. She was making money from the KonMari brand long before this through her other properties, and will likely go on making more. And for consumers and KonMari acolytes with a well-honed sense of what “sparks joy,” they can choose for themselves what to purchase — or not.

“The teapot and some of the other purchases made me think about how, sometimes, the best way to spark joy — in yourself, in a friend, or even in a home — really is by buying things,” Metz concluded after her KonMari shopping spree. “Organization and tidying have their time and place, but there is joy in consumerism, and Kondo is clearly embracing that, too. You might not want to buy from her, but opening the online store is an undeniably clever business move.”

Lian is a 24-year-old living in Boston with her partner.