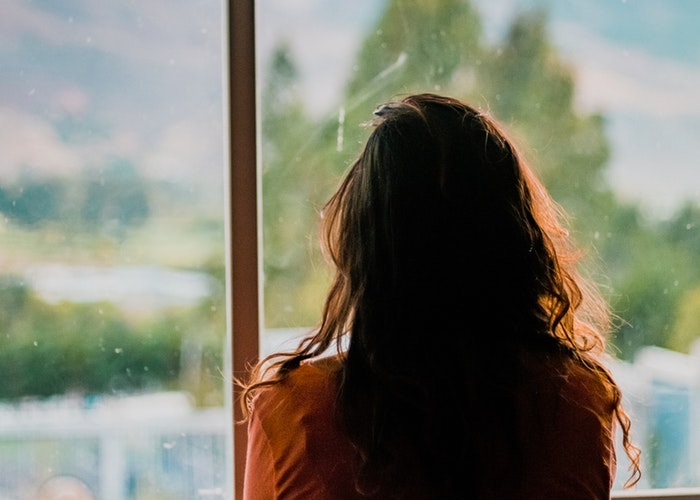 My father has been mentally ill for most of his life. He suffers from depression and obsessive-compulsive disorder among other illnesses. Growing up, I wasn’t aware of these issues, and it was only after starting therapy that I came to realize how much they’ve shaped me.

Since I have trouble remembering what my childhood was like (my brain suppresses many of those memories as a safety mechanism), I only remember a few specific moments, during which his irrational behavior was obvious. For example, I can recall how he would get very angry and loud when my siblings or I touched a light switch with more than one fingertip. When you’re a child of a certain age, you usually don’t question whether or not your parents are doing the “right” thing. It took me more than 20 years to realize his illness led to abusive behavior, and his brain was constantly playing tricks on him. As a result, my siblings and I were misunderstood and judged like adults.

My father’s Ph.D. landed him a rather high-paying job early in his life. But he never knew how to spend money responsibly. He would impulsively buy fancy gear or suddenly start a new expensive project working on our house. After some time, he usually realized he had made a mistake and should’ve spent more time on his financial decisions. He never stopped complaining about money and debt, and usually made other people feel responsible when things didn’t work out as he’d imagined. His relationship with money had a profound impact on my own.

We struggled financially when my father left the house.

My mother, on the other hand, would have liked to go to university, but her parents talked her out of it. They wouldn’t help her with the expenses even though, in Germany, they were quite low. They had a traditional view of what financial safety should look like for women, and they were convinced that it would be safer for her to marry someone who could make enough money to support an entire family. 10 years later, my parents started the slow and painful process of separating. It took them many years to go through with a divorce, and although my father supported us financially, my mother struggled to feed her children. When I was in elementary school, she started working full-time in jobs that were awful. Although we still lived in our house and always had food to eat, and my mother rarely showed her despair, I could always sense that she was scared for our family.

When my dad left the house, the money left as well. My mom started working full-time while coping with the trauma of divorce, paying off her share of the mortgage and raising three children. Going grocery shopping with her became a stressful activity, but I still came with her every time because it felt like an important chore to keep my family alive and I wanted to support her. I felt bad for my mom and started to associate money with guilt.

During my early teenage years, I was convinced that money was a curse. How was it possible that our entire lives depended on it? I was convinced there was no chance that my financial circumstances would ever change for the better and that turned me into a young, reckless spender. And it didn’t feel like I deserved the money that I spent or the things that it got me, either. If I wanted to have something in life, I had to spend money on it. But since I felt terrible about having spent money, I couldn’t enjoy that cheap tent I bought to go camping with a friend, for example. Looking at it made me feel guilty, so it collected dust in the basement for years until the day that we moved out of the house for good.

He used money as a tool to manipulate.

Since starting university, my father has been supporting me financially. His child support makes up about 80% of my monthly income. He paid for my sisters as well, until they started making enough money for themselves.

Although it’s his legal obligation, he had the tendency to make me feel guilty for receiving money from him. For example, he constantly talked about his debt and pressured me into spending time at his apartment even though I didn’t feel comfortable with that. He took me out to restaurants frequently but always commented on the menu prices. In his head, it would have been only fair for me to pay him back in attention and “love”. I never had a say about which parent I would be staying with for the weekend. For years, I felt like a financial burden. By contrast, my mother sends a much smaller amount of child support she gets from the state while I’m still in university. Every now and then, she slips me a small but meaningful amount of money — and does so without asking for anything in return or making me feel bad about it.

I’m rebuilding my relationship with money.

It took a while to rebuild my relationship with money, and it’s still a work in progress. It probably always will be. That’s an entirely different story altogether because my insides are just as complex as yours, and I believe we spend our entire lives to understand ourselves better.

But my family played a big role in shaping my relationship with money. Friends did, too — in fact, there were many factors that contributed to the way I think about and deal with money. I can’t pinpoint one exact scenario that pushed me to take better care of myself and my finances, because I believe that it was all a big construct and I’m still in the middle of it all. And my problems resulting from my dad’s behavior are manifold, too. My relationship with money is just one part of it.

When I realized the guilt I felt wasn’t rational, I started feeling worthy of the money that showed up in my bank account each month. This simple mindset shift completely changed my spending habits as well. When I moved out of my mom’s home, I felt overwhelmed with making financial decisions. I spent money on things I couldn’t afford.  I never tracked my spending because I didn’t want to confront these unhealthy decisions.

Now that my feelings of overall self-worth have improved, I dedicate time to planning my finances. I have a monthly budget, I track my spending and I am slowly, but steadily, building my emergency fund while already making plans for future savings accounts. Most important of all, I’ve actually allowed myself to start thinking about the future and set personal goals. I can see myself growing, learning, and building a family and a home as an authentic and independent queer woman.

I am slowly building financial stability, and I know that financial consciousness is a process and good things take time. If you’re a young adult in the same boat, figuring out life and struggling to find stability, I urge you to do the same. Drop the guilt and allow yourself to make decisions and take things one step at a time. Everyone deserves a bright future, and that realization is the first step you need to take to make it happen.