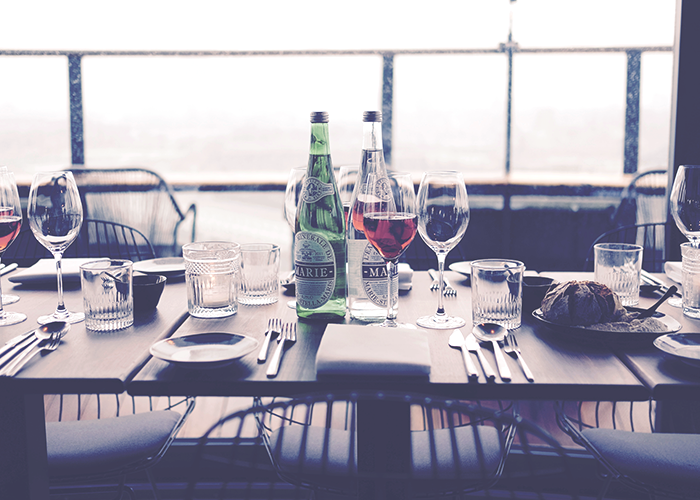 Earlier this week, I received a question in my Ask Chelsea Anything inbox that really made me pause, because it’s the first time I’ve really, truly been on the other side of the story, as the person the writer is concerned about. But before I go any further about my own story, let’s get to the question:

One of my close friends who I’ve known for over a decade is downright terrible with money. There’s no other way to say it.

On top of her student loan debt, she also has significant credit card debt. We’re talking thousand dollar shopping trips, fancy dinners out, and several European vacations all sitting on credit cards. She’ll max out one card, immediately open another, rinse, repeat. She’ll make “jokes” about being in crippling debt, but I have no idea how much she owes exactly.

In a moment of clarity, she moved back home with her parents in order to try to pay off her debt. However, instead of putting what would be rent money towards her debt, she has since adopted the attitude of “look at how much more money I have for random shit!” She doesn’t seem to be motivated to dig herself out of this whole, and our friend group is becoming increasingly more worried about her.

My question is this–when, if ever, should I say something to her? I know on TFD there’s a number of articles on how to talk to your friends about money without being annoying, but I’d like to hear your take on what my responsibility is here. I want to encourage her to be a little smarter with her finances without sounding super judgmental, but I’m not sure that it’s possible. Our friend group is at a stalemate as to whether or not we should have a frank conversation with her. Is this really any of our business?

So, as I said, this question feels very personal to me, because I was in so many ways this friend, right down to the credit card debt and the “using the fact that I’m ‘saving so much money’ by living with my parents as an excuse to continue my terrible spending patterns.” I know exactly what it feels like to have so much of your joy, release, and identity tied up in the act of buying things, whether or not you actually get that much satisfaction or value out of what you’re buying. It’s a terrible cycle of affirmation — and about panic over that cycle, which only leads you to spend more out of anxiety — and I wouldn’t wish it on anyone.

And it’s important to remember that someone who is in a spiral of bad spending, and who is using every excuse in the book to continue it, instead of finding a way to pump the breaks, is just as much on a spiral as someone who is binge eating. There are certain things we all must do, such as eating and spending money, and there are some of us who have a healthy relationship with those boundaries and what is healthy. But there are some of us who don’t, and who find it very difficult to reduce these activities down to the “right amount.” You can’t stop spending money “cold turkey,” nor can you opt out of the system of being smart with money (if you want an even mildly comfortable life), so you have to find ways to curb your habits without totally eliminating them. It’s difficult as shit.

Because as I said, the act of spending money, when you are in debt, budget-less, and not keeping your promises to yourself, becomes a defining feature. When I was spending this way, all that mattered was the feeling of swiping that card and walking out of the store with something, or getting something brought to my table. I felt like a better person when I spent, and I can almost guarantee that anyone in this friend’s situation feels the same way. Consumerism is a powerful drug, and many shopping/spending experiences are centered around making you feel, if only for the time you’re in that moment, like a better person.

So it’s important to understand that these habits aren’t about her being particularly greedy or materialist: It’s about the combination of that spending high, and the downward spiral of “already being so thoroughly fucked that there’s no reason to get better with money at this point.” I felt that way for a long time. I felt doomed to a life of being bad with money, and always being on the edge of my seat (or my checking account), waiting for a bad thing to happen. I never planned for the future, because I didn’t see a reason to. I didn’t see a time in my life where I’d ever have an even mildly better credit score, even though, looking back, it was fairly easy to get to that place. Understanding the mental state that she’s in right now, and the emotional complexities of getting better with money that aren’t just “opening up Excel and starting a budget” is of the essence.

In my view, your best strategy for helping her (based on what, from friends, family, and significant others, really helped me), is threefold:

Ultimately, any kind of “intervention” — financial or otherwise — is never easy, or pleasant. But there are good, constructive ways to do it that stand a chance of really helping this person, as well as strengthening your relationship in the process. There is a way to be smart and pragmatic, while also being very caring and human. And as someone who, looking back, could not be more grateful for the loved ones who “intervened” on me, I know for a fact that this friend stands a great chance of coming out much better for the experience.

I wish these friends, and anyone who might find themselves in a similar situation, the best of luck. Because the conversation is difficult to have, but it’s very, very worth it.