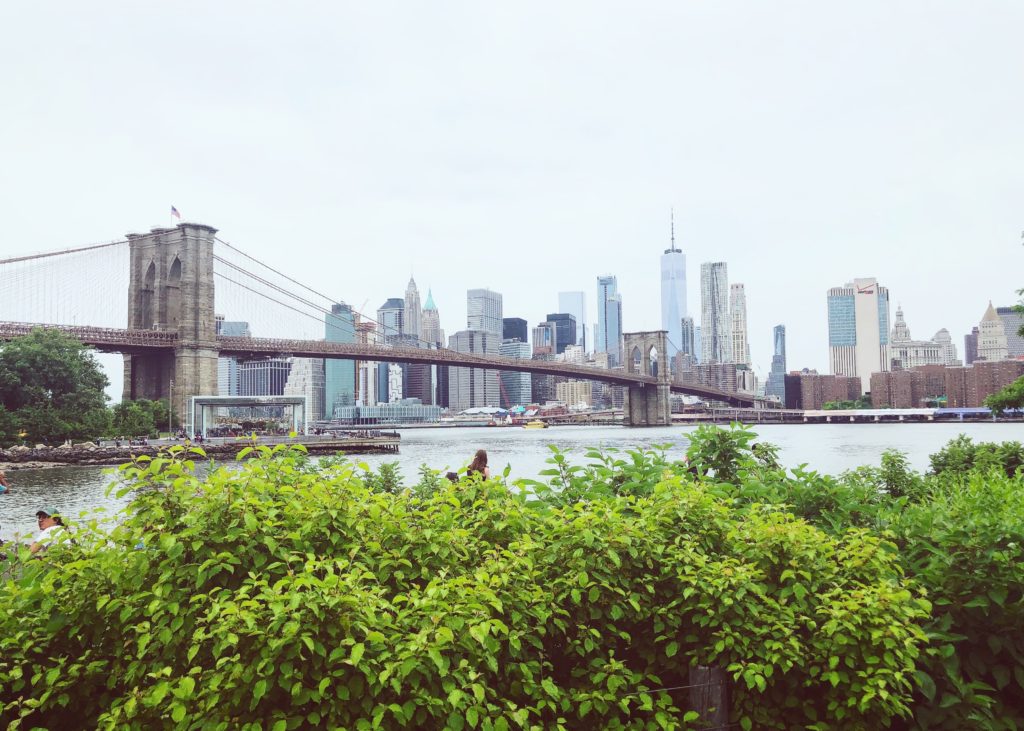 Right before I turned 24, I put in notice at my job. I graduated college just over a year earlier and was living in the Midwest where I grew up. When I quit, I didn’t know where my next paycheck was going to come from. The only thing I knew was that I was moving to New York City to search for work at a tech startup. I had been planning this move for months, which allowed me time to get my finances in order and try to make the transition as smooth as possible.

The process of moving and establishing myself certainly wasn’t easy, but it was enlightening. And there are a few important things I realized when I moved to New York City without a job.

I can buy freedom and flexibility.

For a long time, I thought of money only as a means to acquire things. Working was something I did to pay rent or buy food or entertainment. It wasn’t until I started to think about leaving my job and making my next move that I realized having money meant not only that I could buy material things, but also that I could stop trading my time for money. I wanted a job at a startup, and most startups didn’t have the resources to coordinate and fund my travel for an interview. I also wanted to shop around for a job at different companies, which is why I decided to buy a few months of blissful freedom — or as some call it, unemployment.

About three months before I left my job, I started to save the majority of my paychecks for the move. I was privileged to have escaped any student loan debt from my undergraduate studies through a combination of in-state tuition, financial contributions from my parents, some hefty scholarships, and working while in school. I worked at a large tech company my first year out of college and stubbornly refused to buy a car (I still can’t believe I managed to commute 40 minutes from the city to the suburbs every single day without one). As a result, I was able to save up just over $10k to live on while I made my next move. I was very lucky to quit my job knowing I would be financially stable for a few months.

My period of unemployment was both a career move and a vacation. In the month after I hopped off the plane at LaGuardia, I didn’t feel pressure to find a job immediately. Having that freedom in a new city was amazing—that first month after moving to New York was one of the best months of my life. Even though some told me I should find work as soon as possible, I completed a robust self-guided tour of Williamsburg and Bushwick nightlife, read in practically every park in Manhattan on a daily basis, and crossed almost every tourist activity off my to-do list. Yes, I lived in a windowless room in Queens on an unofficial lease for $635 a month. Yes, my kitchen sink only supplied scalding hot water. Yes, I sometimes ate rice cakes as a meal because I was afraid of running out of money. No, I never want to have to do that again. But in retrospect, it was worth it. I never thought about saving money as “buying freedom from work,” but now that I’ve done it, I can’t wait to do it again someday. The sprint to retirement I had previously envisioned became less appealing when I realized that, with the right financial planning, I could have a few periods of freedom while I’m young.

The most useful networking happened when I didn’t think I was networking.

My period of unemployment was certainly not all fun and games. As my money dwindled, I began to work on finding a job, and that meant networking. I hadn’t really done any real networking in the past, but people told me time and time again that it’s almost impossible to get a job by filling out an online application, so I was prepared to put a lot of time into networking. Before I even thought about my strategy, I talked to friends honestly about my situation and the opportunities I wanted. Some of them gave me leads. They connected me with their friends or previous coworkers. I also tweeted, rather dramatically, about my situation. People I didn’t even know messaged me and offered to help me find a job or meet up when I got to the city. The connections I built organically led me to new people and new opportunities. My networking never looked like the formal interactions my university career services office said it would be: cold messages on LinkedIn or elevator pitches at networking events. Instead, my networking happened at bars and coffee shops and on Twitter and iMessage.

I can’t imagine that taking a more regimented, traditional approach to networking would have been more effective for me. I’ve always been turned off by formal environments and performative interactions. I realized that I can leverage my personality and charisma in my career, and the process of networking organically led to opportunities that match who I actually am day-to-day, rather than opportunities that would reward me for pretending to be someone I’m not. My network grew because I talked about my unemployment in a natural way. People empathized and wanted to help. I wasn’t trying to appeal to someone because I thought they might be able to do something for me.

That said, I don’t think getting a job can always be about going to bars and making unemployment jokes online. For many people, a more traditional approach to networking works well, but I underestimated the power of connecting more organically.

Just as most advice I had received about networking proved unhelpful, a lot of other advice I’d received about job-searching didn’t apply in the real world. Of course, finding work is different for everyone— your strategy may depend on geographic area, industry, preferences, weaknesses, and strengths. Many people told me exactly what to say to get interviewers to like me. They told me to focus on the employer’s desires and tell them what they wanted to hear. Conversely, my approach to interviewing was to focus exclusively on what I wanted and had to offer. I decided not to fill out any long, convoluted applications or cover letters, put up with hiring managers that didn’t respond within a reasonable time frame, or move forward with interviews that were meant to be intimidating or seemed unnatural. I had an idea of what I was willing to accept, and I discussed that frankly with my interviewers to make sure the employment was a good match.

People told me that employers wouldn’t like to see that I was currently unemployed. They told me to try and mask my unemployment or stretch the truth. I never did—I was always honest about why I didn’t have a job. My interviewers appreciated it at best and ignored it at worst. No one indicated, even in the slightest, that they disapproved of my decision. Friends, acquaintances, and online sources told me that I should network my way into my job and that filling out online applications was futile. Nonetheless, I filled out plenty of online applications without employee referrals and got interviews from those online applications. In fact, submitting a cold application without a referral led me to the job I ended up taking.

My refusal to conform to what others thought my job search should be was beneficial in that I only received offers from companies that were truly a good match on every level. Our values and approach to the recruitment and job search aligned, my skills aligned with their needs, and my personality—which I openly displayed in my interviews—was appropriate for their work culture and environment. It also meant I did not continue pursuing opportunities with companies that may have extended me a job offer. I found that the advice I had received for most of my life had been about how to find a job, not about how to find the right one. Of course, job hunting is always a delicate balance between selling your best self and being authentic, and there are many situations where being totally open and frank would be a detriment, but authenticity can go a long way.

During my search, I became so concerned with finding the right job that I was willing to take a salary cut for the right gig. I told myself I would find something that paid better later or supplement my income in other ways.

That may have been true, but ultimately, I wasn’t able to convince myself to take a lower-paying job. When I received an offer that paid $10k less than my previous job, I couldn’t shake the feeling of being underpaid. Sure, the offers I received were likely more representative of the current state of the job market or the nature of the work than of my ability or value. Even so, I found it difficult to divorce my salary from my professional value. In the end, I committed to only pursuing jobs that paid as much as I had been making previously — or more. No matter what I would be doing, I would be doing it primarily for money, and there’s not necessarily anything wrong with that. I ended up accepting a job at a tech firm that paid significantly more than my previous position. In retrospect, I’m glad I held out for something that allowed me to maintain my standard of living.

Searching for a job is both humbling and empowering.

Almost everyone who is unemployed and searching for a job says it’s humbling or even crushing. And it’s true — it can be extremely demoralizing to be ghosted and rejected for weeks or months on end. I received many rejections and employers ignored me so many times I stopped counting. It was frustrating. It was annoying. I cried about it once. Despite the rejection and letdowns, my job search also, ironically, gave me a confidence boost.

Thinking about my strengths and experiences and talking about myself in a straightforwardly positive way was an integral part of the job search and interview process. In interviews, all the things that had become routine and practically meaningless to me at my previous job became exciting expressions of my abilities. I thought about how my quirks and idiosyncrasies were valuable and how my personality could fit in perfectly on the right team.

Searching for a job made me realize how negative my self-perception had become. The contrast between how I spoke about myself in interviews and how I normally spoke about myself to friends or acquaintances was stark. The empowering part of my job search had nothing to do with how others reacted to my applications and answers to their questions. It had everything to do with reflecting on my experiences. Searching for a job motivated me to internalize and accept my strengths—to remember and appreciate all the things I valued about myself.