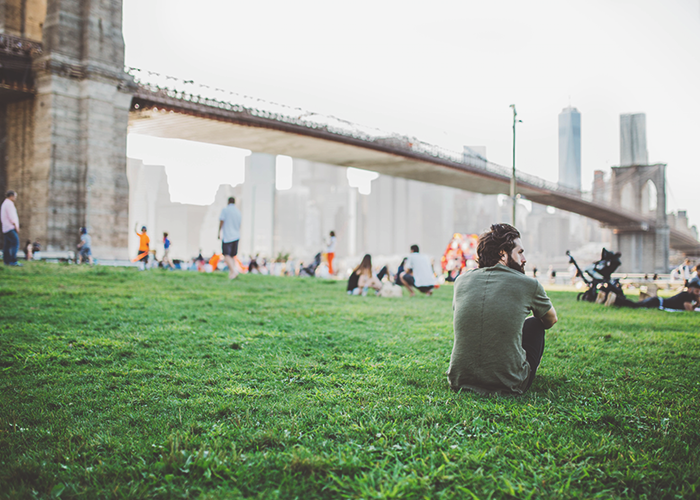 Six months ago, my boyfriend of four and a half years broke up with me. Needless to say, I was devastated, and if I’m being completely truthful, it is something I’m still getting over.

Let’s back track to provide a bit of context. My boyfriend and I got together right before we went to college, so neither of us had a lot of money — we were just two broke students. That being said, I would always pay for the majority of things in our relationship. I would buy two rounds to his one, I would buy much more lavish gifts for his birthday than he would for mine, and I would visit him at his college ore often than he would come to visit me at mine. I can’t really say why I did this; part of it was probably from my upbringing, as my parents always taught me to be generous with what I had. But there is being generous, and then there is needless spending. I would spend money to buy him things he vaguely and only sort-of wanted.

There was no scandal to our breakup, no affair, no other man, no long distance move; my boyfriend just didn’t feel the same way he used to about me. And while, yes, at the time, that felt like being run over by a bus, carrying elephants, with 10 grand pianos onboard, it is not something that I can control. People’s feelings change like the weather sometimes. We spoke a lot about the breakup after the fact; my boyfriend wanted to do right by me. He might not have loved me, but he still wanted to be in a relationship with me — but he couldn’t, knowing I loved him more than he loved me. I realized this over time, and we decided to remain friends. We just didn’t see the point in losing someone so close to us just because our relationship didn’t work out, and I’m sure this is something everyone understands when it comes to a non-dramatic breakup.

Of course, my spending habits didn’t change simply because we decided to stop seeing each other romantically. Here is a breakdown of everything I’ve spent maintaining a friendship

After a break to give each other some space and to adjust to the massive life change, the first thing we decided to do to test the waters was to meet for a coffee on my lunch break. That way, it could only be an hour long, if things got too awkward and no alcohol was involved. I paid for both our coffees at the time out of sheer habit. Since we often had an uneven split in regards to who paid for what in our relationship, I would pick up about 70% of bills for coffees, drinks, etc. This coffee meet-up was just another instance of me paying. I did this to show my stability, that I harbored no feelings of resentment toward him. My main priority was keeping him in my life, and if I could show how okay I was with the breakup, and that there was a friendship worth salvaging, I knew we could continue being friends. So, naturally, I thought the best way to do this was to buy the coffees.

It is only item two on the list and I’m already beginning to cringe at myself. After meeting up for coffee a few times, we arranged to meet up at night to have drinks in the city. We were having doubles all evening and, again, I paid. This was relatively soon after he graduated and he hadn’t found a job yet, which further compounded my feeling obligated to pay.

I would like to say at this point that he wasn’t a freeloader and did always offer to pay, and would pay for a few drinks here and there — I just always felt the need to be the one to pay, to be the provider in the relationship.

Okay, okay, I know! I can virtually hear everyone’s sighs of disapproval. You got a birthday present for your ex?! Yes, we were friends, it was his birthday, and it just seemed like the right thing to do. Plus, I was trying to convey the image of being so-totally-over-it.

A few months later, he found a job across the country but wasn’t really enjoying it, so we spoke a lot on the phone at that time. He was feeling lonely, so a few weeks later we arranged to see each other, and I spent a weekend with him. *smacks forehead*

Tallying it all up, I now realize I’ve spent over $200 just trying to maintain a friendship with my ex. It was then, at this moment that I read Jane Hwangbo’s article, “How We Totally Misunderstand The Idea Of Being Wealthy,” where she details people’s relationships with money, whether you’re avoidant or attached to money. The article completely blew me away. (You can even check the comments section as proof!)

I’ll let you all read as Jane explains it best, but to give you a gist, you treat your money as you treat yourself. Perhaps you spend in order to compensate for a feeling of worthlessness, or maybe you save money to increase your financial worth, in order to give yourself a greater sense of emotional worth. It can be far subtler than that, too; if you asked me if I felt worthless at the time, I would have said no — I had a great life, I had a good job, amazing friends and supportive family. But I’ve always struggled with self-confidence, and after the person you love the most tells you they don’t feel the same about you as you do about them, your confidence inevitably takes a hit. Even if you can rationalize what happened, it still doesn’t feel good.

After reading her article, my behavior over not just the past six months, but basically my whole financial life, was explained. I’d been too fucking generous, which is no humblebrag; I was forking out on things for my ex the same way I did when we were in a relationship, and I realized I was doing it to make up for what I felt I lacked as a person. My self-worth was so tied up with my money that I was subconsciously splashing it around, as if it didn’t have much value, because I felt I didn’t have much value. And this went deeper than me and my ex; every friendship I’ve ever had, I’ve always been the one to pay for the majority of the drinks, activities, food, or whatever, as a way of taking care of the other person financially. In my head, this created some bizarre power structure, whereby because I’m the one providing, I am therefore the strong one.

This is such a dangerous financial (and emotional) behavior, and can lead to more than just a low bank balance. $207 is the mindless cost I’ve spent having meet-ups with my ex, but I could never put a figure on what I’ve spent on my other relationships.

So where do I go from here? Well, I’m working on not jumping at the chance to pay for friends, while also not being stingy, and seeing how that changes my self-worth. I’m incredibly blessed to know that this will not change my relationships with my closest friends, as I know they don’t see me as a cash cow that’s ripe for milking, but it will change my relationship with myself. I would urge everyone to take a pause next time you’re going to spend money on someone and think, am I buying this as a present for someone as a nice treat for them? Or am I supplementing their lunch/evening/drinks/whatever because of how it makes me feel? The answer may surprise you.

To this day, I maintain that me and my ex are friends, and will continue to be, but I can tell you one thing: I won’t be buying his coffee for him anytime soon.