How Much Money People Actually Pay To Run For President 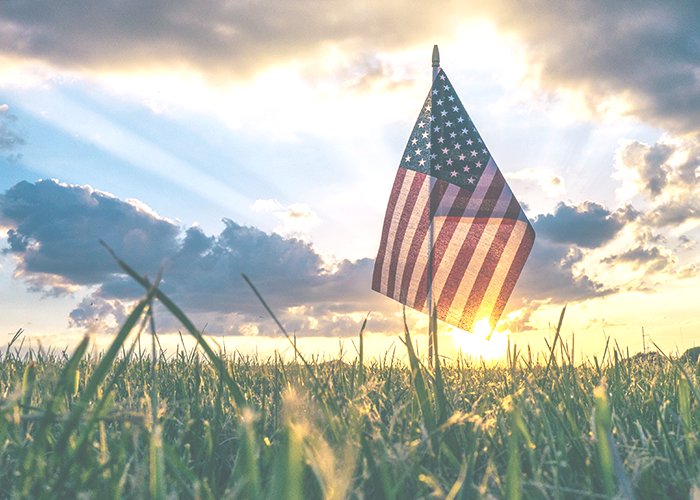 It’s no secret that running for president costs money. If you make under six figures, your chance of successfully cinching the presidential nomination is slim to none. And yet, historically, candidates who were seen as “wealthy” also faced difficulties in securing the presidential bid because they were perceived to be “out of touch.” In millennials’ political lifetime, there have been a few super-rich candidates: Donald Trump, John Kerry, and Mitt Romney. When we think about presidential elections, few of us think about the financial implications that wealth may have on a candidate’s public image, or what kind of money goes into running a campaign.

Before we even discuss whether or not a candidate’s wealth helps or hurts their campaign, we need first to understand a few things about political campaign money. When running for the highest office in the United States (ahem, the Presidency), there are a few basic financial guidelines. (Note: for the sake of argument, below, we are going to assume that Candidate X has a major party behind them, either Democrat or Republican).

So, how expensive will it be for Candidate X to run for the presidency? In simple terms: pretty damn expensive. The start-up costs alone come out to ten million dollars. While Candidate X can woo donors and Super PACs to contribute funds to offset that cost, it’s still a lot of money (and wooing, itself, costs money). Assuming Candidate X has managed the start-up costs, let’s consider the first four states Candidate X has to win to even get an electoral shot at the presidency. The total cost of campaigning for four states is about $160 million (not including the $10 million in set up costs).

But, what if Candidate X is running for another big office, like a governor or senator? While the campaign numbers go down, they’re still expensive: $52.8 million for a gubernatorial race, $10.5 million for a senate seat, and $1.7 million for a seat in the House of Representatives. (However, these campaigning costs go up in notoriously competitive swing states, like Florida and Ohio, because Candidate X will have to spend more on attractive donor events, political stunts like visiting factories and orphanages, and staging political rallies.)

But what if you’re “too wealthy?” Well, just ask John Kerry or Mitt Romney about that. In the 2004 and 2012 elections, respectively, they were viewed as “out of touch” because of their wealth, and it cost them their elections.

Mitt Romney’s 2012 run is probably the one that most of us remember clearly. (For many TFD readers, it was our first time voting.) While wealthy, Romney carried himself as a normal guy you could run into at Wal Mart. Did he let it slip that he was wealthy? Sure, although not necessarily to brag. However, his wealth made him seem out of touch with the tail end of the economic recession, when so many people were struggling financially. According to a Gallup poll conducted in 2012, 20% of voters did not vote for him due to his wealth.

To make matters worse, his wife, Ann, was criticized heavily for never holding a job (despite being a stay-at-home mom and not relying on housekeepers, chefs, and many other “staffing” luxuries). While being a stay-at-home mother is not something most of us can relate to (or would want to do), raising children is a job, and an incredibly hard one at that. But, times have changed: having a two-parent, single-earner household is viewed by many as an uppity financial privilege. Had Mitt Romney run at a different time, he might have won. But as a wealthy man running during the tail-end of the recession — regardless of how much he gives to charity (quite a bit) or how humble he is as a person — it hurt his shot at the presidency. He ultimately lost because of his public image as a “rich kid.”

John Kerry is another example of being seen as too wealthy. While we know him now as the sort of funny-looking, tall, awkward Secretary of State, he ran for president when most of us millennials were in middle school. Unlike Romney, he didn’t earn his wealth, and he wasn’t born into it. He married into it, via the ketchup heiress Teresa Heinz Kerry. When he ran in 2004, he lost for a multitude of reasons. However, according to the media cycle, the biggest reason was easily that he came across as too rich and “out of touch.” The nail in the coffin? A windsurfing ad released by George W. Bush’s campaign.

Donald Trump, interestingly, seems to be immune from the public-image “curse” of wealth. Will that continue to the general election? Only time will tell. Love him or hate him, he won the Republican nomination. Trump’s public image defies all wealth-averse campaign logic: He has a stunning ex-model wife, lives in a gilded penthouse in one of the most expensive cities in the world, and has a name synonymous with luxury and opulence. On top of that, he has openly insulted most of the nation, is excessively wealthy (and flaunts it), and has no prior political experience.

He has falsely claimed to be “self-funding” his campaign. On top of that, his funds may not be as unlimited as they seem. There is something incredible about Trump’s campaign expenses, though: he is basically paying himself to run. Lodging? Chances are good that a Trump Tower is nearby. Food? He probably owns a restaurant nearby. Flying? He has a jet with gold-plated seat belts. Payroll? Covered. Regardless of legality, Trump is able to provide for nearly every campaign cost because of the property and assets he already owns.

On top of that, Trump plays the media to his advantage and gets millions of dollars’ worth of free press. He has an established rapport with the entertainment industry that allows him to call in to nearly any talk show in the country. On top of that, he seldom (if ever) turns down interviews. If you give him airtime, he will usually show up.

So, what’s his other secret? Name recognition (which comes at no extra cost). While both John Kerry and Mitt Romney ran campaigns of greater political substance, they weren’t necessarily known outside of political circles and their respective home states. Everyone knew who Donald Trump was, before he ran; now, I think of him as the Kardashian of politics: he’s not really talented or interesting, but he has a lot of money and a sexy playboy lifestyle. But what’s the ultimate difference between these three super-wealthy candidates and their presidential campaigns? Trump owns being a rich snob and uses it to his advantage, thereby debunking the idea that someone can be “too wealthy” to make a successful bid for a presidential nomination.

Cait Morrigan is an Atlanta-based author, blogger, and student. You can check out the misadventures of Mr. T the Chinchilla at The Chubby Chinchilla or a fresh take on the failed presidential race at Simply American Politics.