How Much My Weekly Alcohol Consumption Cost Me At Age 22 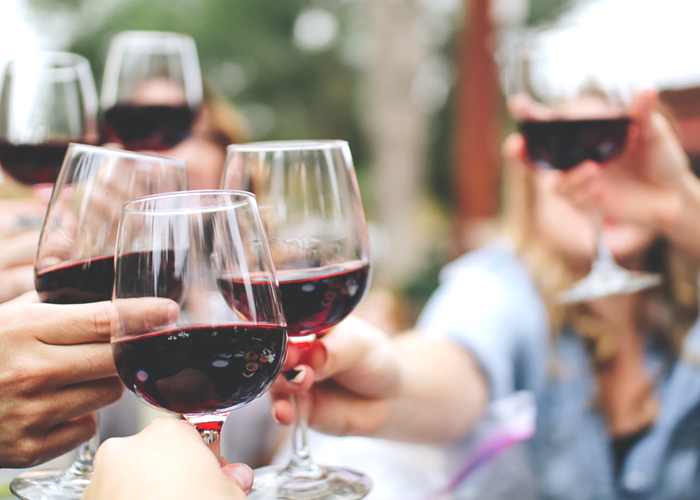 One of my New Year’s Resolutions was to get my finances in shape this year. I’m not the best when it comes to money, but I do okay. While going through my bank statements, I decided to take a look back even further, to when I had first entered the working world. And I was horrified by what I found.

The summer of 2015 was my first summer as a full-time working adult. It was the first time I had a real paycheck, and looking back, I clearly had no concept of how to budget. I spent a lot of money on a lot of unnecessary things back then, but the one that really sticks out to me as I scroll through my bank statements is alcohol. I bought a lot of alcohol.

In defense of my old self, I was only 22, and I was living in a major city with lots of nightlife. Alcohol was a big part of most of the social events I attended. I also was dating someone with a bit of a drinking problem, so we spent a lot of our time together at bars, which certainly didn’t help. But really, I have no one to blame but myself. I was the one who chose to spend my money the way I did.

I selected a random week from my bank statements to scrutinize, but I could have selected any of the weeks from that summer and found similar results. For this week, the total amount came to $183.72. Also, keep in mind that this is only what I used my debit card for. Who knows how many more purchases I made using cash. Here, I present to you my breakdown of all the money I spent on alcohol from June 3-10, 2015:

All drinks from chain restaurants are basically just sugar water. I paid $26.86 for sugar water.

This place has a cute outdoor bar on the water, so I’ll let this one slide.

I have only been to this bar once, which was on this night. My friend was going through a phase where he got really into competitive beer pong. There’s a league that travels to bars all around Massachusetts, and you can make a lot of money if you win the game. So I went to this bar with him to play as his teammate. We did not win. I just spent $14 on beer.

This is exactly like a regular Legal Seafoods — a popular Boston-based restaurant chain — except it’s on the water, so everything costs more.

Back again! This bar may be cute, but there’s no need to go there twice in one week (let alone in the span of three days).

What did I get here that cost almost $36? Who knows! I would also like to point out that according to my calendar, this date was a Sunday. I did not need to be getting drunk on a Sunday.

This is actually a bar that’s attached to a hotel. Which seems like an odd place to hang out, but they had nice views from their porch. Because of the ambiance, I went to this bar a lot. I probably dropped at least $200 at this place alone over the course of the summer.

This place is an absolute dive bar. They have pitchers for like $6. I don’t even know how it’s possible to spend $30 here. But apparently, I did it.

So moral of the story: not only is alcohol bad for your health, it also destroys your bank account. As I’ve gotten a bit older, I’ve become a lot better with my spending habits (and my drinking habits — I don’t drink nearly as much as I used to). It’s upsetting to look back and think of all the other things this money could have gone to, like my student loans or saving for a new car. But at least I’ve been able to learn and grow from my past mistakes. I’m thankful to say that this is one habit I’ve been able to break.

Lauren Patten is a writer living in Boston. She enjoys dive bars and defending Lindsay Lohan’s acting career. Follow her on Twitter here.