My 3 Major Financial Hangups, & How I’m Finally Emotionally Detaching Myself From Them 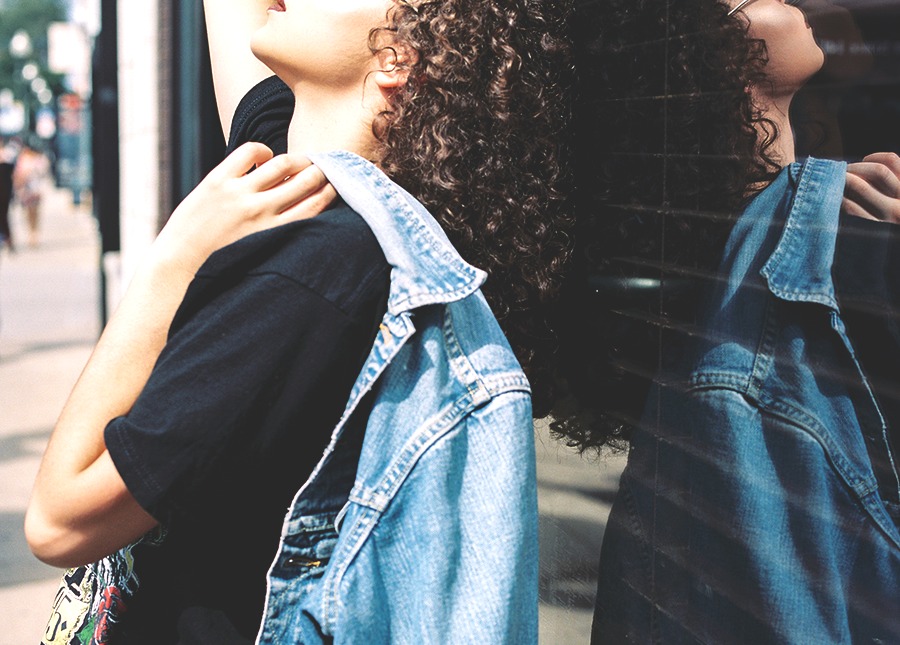 That was probably the first time I realized I had financial hangups — when my boyfriend, mid-argument with me about the cost of our grocery bill, stopped and pointed one out to me. He said, “We’re not you’re parents, this is about something more than me and this grocery bill.” And he was right.

I had prided myself on moving into our apartment together with only a few boxes. I’d also, unwittingly, packed a whole bunch of emotional and financial baggage and dumped it right at his feet. It wouldn’t be the last conversation we’d have about the thought, but it was the first one that really got me considering how I’d accrued these bits and pieces along the way; how I’d stashed them into my pockets, growing into bags, then eventually boxes full of little financial hangups which only serve to surge out whenever tensions are high.

So, here’s an intimate, post-mortem examination of my financial hangups and the work it’s taking to unwind them all.

One of the most abiding memories of my early schooling days was the brightly colored felt tip markers we were required to have. To do art, to color in posters, and to decorate science experiment boards, the markers were the most important part of any project. Our school equipment list required a particular type of markers — those Faber Castell ones, the 10-pack that snapped together to form brilliant walls between your classmates. They came in fairly standard, primary colors — blues and reds and yellows, never straying far from the standard color spectrum.

But that year, my best friend brought in a set of Crayola Markers, with 24 colors, ranging from soft lilac to a pinkish color that we consider flesh-toned because it was perfect for coloring in the faces of girls that looked like us. Her projects suddenly looked better than mine — more sophisticated because of the access she had to these beautiful pens. I begged my mother for my own set, and she was horrified (rightly so, in hindsight) at the price tag. With only one parent employed (more on that soon), twin babies and a growing 10-year-old, there were better things to spend money on than markers.

While that felt like a fairly insignificant moment, it was one of the first times I remember feeling less than because of what I had, or didn’t have. That feeling of not being enough, not having enough, was a feeling I’d come to grow familiar with, and one I still work on now. It’s the feeling that led to the cycle of shopping and debt and came from my classroom, right through into my grown-up apartment.

My father is a very smart man, with very few social skills. The kind of combination that makes him kind of unemployable. Whenever he starts a new job it’s a race to see which happens first — will he get bored, or will he alienate his coworkers? Both paths lead to the same result: unemployment.

Growing up, my father was more often unemployed than he was employed. A record for him was getting fired within the first week (he fired his own boss’ daughter –definitely a career limiting move). Stretches between his employment could last for a few months, or, in a particularly memorable (and tense) time, a few years. Instead of my childhood brain absorbing frugality as a value as a result of this upbringing (because don’t get me wrong, there was a lot of that), what I remember most is the fear.

I remember tense conversations about money. I remember comparing the price of two bags of candy in a bargain store. I remember my mother’s shame picking up boxes of food from Lifeline. This translated into determination to be always employed — the thought of freelancing, contract work, or anything that might jeopardize my chance at a fortnightly paycheck is completely ruled out. I crave stability, and I have found myself staying in jobs that just aren’t right because to do otherwise would be to risk that paycheck.

A natural part of being unemployed for such lengthy periods of time was the accrual of debt. My parents made the decision to leave me in private school, despite their lack of income, leading to them relying on a combination of loans and family support to keep me there. I witnessed first-hand constant reminders of who owed who what, barely gritted out civility over Sunday morning tea after church, underhanded comments about providing for a family. It was enough for me to know I never wanted to rely on another person for money. When my boyfriend offers to support me in a certain way, when he offers to pay for a holiday that I don’t have the savings for, I want to refuse. To owe anything to anybody is never a position I want to be in.

To this day, my father reminds me that he’s still paying off credit card debt because of my education, and it makes it hard for me to feel like I don’t owe him. I had a fantastic education, I was well supported, worked hard and found myself a job straight after graduation. I’m grateful for his help, but I can’t help but wonder if that debt will be called up at some point in my future.

Each of these hangups, along with a million more, contribute unconsciously to how I live my life. When I’m grocery shopping, when I’m searching for a job, when my now-fiance and I try to plan our lives together, I come locked and loaded with emotional baggage that’s ready to alter the course of every conversation. It’s something I have to work on every day, in every decision I make, whether I hand over my credit card, whether I go out for lunch, whether I buy that cup of coffee. But it’s a worthwhile one to make me a better partner and a better person. Being aware of your own baggage is the first,  most important step.

So what about you? What are your financial hangups, and can you identify where they came from — and how to untangle yourself from them?

Maddison is a Sydney based writer, whose favorite sentence is “I learned about this on a podcast I’m listening to.” She can otherwise be found somewhere on Twitter, pining over the cats her fiance will never let her own.