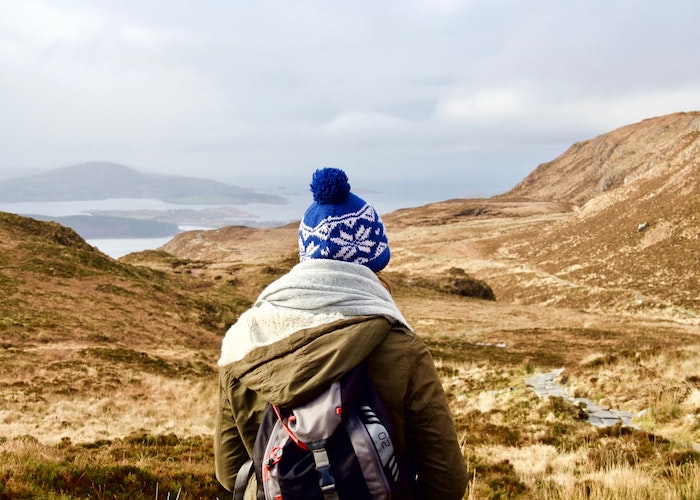 The summer before my freshman year of college, I opened my first credit card. I had worked since I was sixteen, saving up for college, making sure I could afford to eat, and I already had a job lined up on campus that would provide another financial cushion. I got the card to start building my credit. Even at 18, I knew good credit was important.

Within seconds, I was approved for a credit card aimed at college students with a credit limit of $1,500. I was over the moon that my bank trusted me — at 18, it’s easy to get overwhelmed with money.

How I kept tabs on my credit

Knowing that having this card could lead me down a path to overspending, I did everything in my power to avoid it. I made payments in full and on time, never allowing myself to buy things I didn’t need, mostly for textbooks each semester.

Each month, my bank sent me an update of my credit score. During the first couple of years, it was about 720, pretty good credit for a kid fresh out of high school, who still needed time to establish a credit history. A good credit score came in handy during my senior year of college when life hit me hard. To help cover the cost of my final year’s tuition, I had to apply for a private student loan. I also took out another credit card with a limit of $8,300 from American Express.

Unfortunately, I put a few emergency payments on my Amex card due to car issues, but I knew if I kept up with my payments and continued to pay it off to lower my debt, I could keep my credit score in good shape. After graduating from my undergrad, I spent the summer working hard not only to pay the debt off but also to save money for a move to New York City to start a graduate program that Fall. I continued to make more than my minimum on time, making sure my Amex was the only card that carried a balance

Why you should always check your credit report

Early October, I was almost halfway done paying off my Amex card when I received a notice from my bank. It was about my FICO score — I went to check like I always did, giving it a quick glance because my score was always more or less the same.

I opened the app to see my score, and when I saw how much it dropped, so did my stomach. It was nearly 50 points lower. I couldn’t fathom how this could have happened. I’ve always made my payments on time, why did my score drop that much in one month? I searched for answers and signed up for Credit Karma to find out. I had rarely checked my full credit report because I assumed the FICO score my bank sent me every month was enough information. As I double-checked the accounts on my report, nodding my head at the correct loans and cards I knew were in my name, my heart stopped beating for a moment when I saw a Discover card nearly maxed out. There was also a missed payment, and the card was in my name. Did someone steal my identity?

I was stressed and in a panic. In New York City, nearly 1,800 miles away from my family in Austin, Texas, I had no one to turn to for comfort. It made me sick to think someone was gallivanting with that card, overspending to their heart’s content, while I sat unaware of it all, only to pick up the pieces for this crime.

During my weekly call home, I told my mom what I had discovered. Pouring my heart out to her, I told her I was scared, and I didn’t know what to do besides file a report and hope the credit bureaus would understand. Even then, it would take time to rebuild the credit this person had destroyed. After the near ten minutes of ranting on my end, my mom was quiet. She is not a quiet person. I asked her if everything was okay.

Here’s what I found out: When I was 18, a month before my first semester of college came to an end, my mom opened a Discover card in my name. She used all the information she had on hand to do it without my knowledge, using the card to fund purchases I was left in the dark about.

The card, she explained, was opened to help build my credit — she wanted a better financial future for me. I could only sit in stunned silence as I listened to her over the phone, nearly halfway across the country. I had never felt so betrayed in my life. I couldn’t fathom why my mother would do such a thing and not tell me. How was this even possible? The payment was over 30 days past due, which caused my score to drop along with the high use of credit racked up on the card. When I asked her why she never told me, her only response was she thought I already knew.

What I’ve learned from dealing with the aftermath

In most cases of identity theft, it’s a stranger who steals your identity. It’s a faceless criminal we never get a chance to meet, and so in a weird way, they don’t have an identity of their own. The person who stole my identity was never supposed to be my mother, the woman who raised me to know wrong from right.

As much as I wanted to, I just couldn’t bring myself to hate my mother for this crime. Maybe it’s because I want to believe that what she did wasn’t out of malicious intent, but out of a desire to help her daughter financially. But in all honesty, I knew this wasn’t the case. My mom never knew how to talk about money without feeling like a nuisance to the world. My parents never spoke about money out in the open. They had been raised to view money as a taboo subject. I’m convinced that my mother kept this card a secret for nearly five years because of our family’s reluctance to talk about money.

After finding out, I tried to remove the card from my credit report. But the bureaus would not allow it, so, unfortunately, I’m stuck with the card on my credit report. If this happens to you, you definitely want to report the identity theft with the Federal Trade Commission. It’s called familiar fraud — when a parent or family member opens an account in your name — and you can still file a report against them.

I chose not to do this and instead worked out a plan with my mom for how we would move forward. She would continue to make payments on the card until the card was paid off, which was only fair since she was the person who racked up the debt in the first place. Once the card is paid off, it will be in my possession. I decided against closing it, as it’s one of the oldest cards on my report. The incident was heartbreaking, but it taught me a couple of important lessons about my finances:

Look at your credit report, not just your score.

There are many things I could have done to prevent this. I should have kept a better eye on my credit, beyond the FICO score my bank provided every month. I should have known the actual credit accounts that I had opened. I was naive, thinking I had the full picture based on one piece of information. Remember, you’re legally entitled to a free copy of your credit report each month from each of the three major credit bureaus (Experian, Equifax, and TransUnion), and you can get a copy of each at annualcreditreport.com.

Talking about money is crucial.

I should’ve had honest conversations with my mom about my finances, too. I should have stressed the importance of paying off debt and keeping my credit utilization low. By not being open about these things, I reinforced the taboo that my mom had around money.

I urge all of you, especially all the young women reading this, to check credit reports — what you don’t know will hurt you. Be open about your financial woes, even. We’re often taught to not share their financial concerns. We’re raised on the belief that our financial problems should be kept to ourselves. But this secrecy around money causes these problems to be worse than they need to be.

Because of this incident, I am more determined than ever to get out of credit card debt. Before, I was content paying a little more than the minimum monthly payment, but I should have been doing more. I should have put my debt in its place before it went out of control. Now I have open conversations with my friends about my credit card debt and the secret card my mother opened in my name. I tell them my goal is to be free of credit card debt by the end of 2020, so I can start working on paying off my student debt.

While I never wish upon another human being what happened to me, I’m happy for the wake-up call. I’ve worked hard for this money, and I need it to work harder for me. I now check my score regularly and even have an app that gives me weekly updates on my phone. I’m looking forward to the day I’ll be in the 700s again. If there is anything you should take away from this is, it’s to check your credit report at least once a year, and not to rely on your basic FICO score to give you the full picture. There’s always more to the story than a three-digit number.

Erin is a graduate student working on her Master’s in Media Studies in New York City. When she is not studying or working, she is constantly on the hunt for the best slice of pizza in the city she now calls home.