Never Be Ashamed Of Your Side Hustle 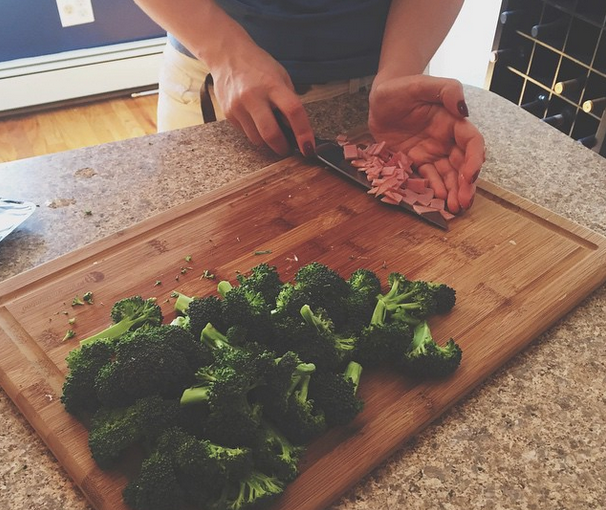 I used to be very selective about what I told people when it came to my work life. For nearly a year, I was in a very awkward in-between period where I made a little money from writing, but not nearly enough to support myself fully, and thus was spending most of my working time on a few different jobs at different times, which were far less glamorous but far more lucrative. I was a nanny (or au pair, if you want to get specific), I tutored English to French adults and children, and — in my most desperate financial moments — did a few American friends’ French homework and assignments for a few bucks over PayPal. No, I’m not proud of that. But it happened, because between the time I quit my au pair job (which came with a studio apartment) and the time writing was really paying the bills, I had to make rent somehow. And I found a lot of ways to do it.

But I never told people this, I controlled the narrative around my work life tightly because I felt that part of being successful and becoming more so was presenting yourself as a certain type of person, and being very cautious about the less-flattering details. I imagined that more and better writing jobs would come if I came off like I didn’t need the money, like I was a successful professional writer who was drowning in options. This meant that if anyone asked what I did, I would stick to the loosest possible definition of professional writer (I was paid to do so, though not much) and say I was a “Writer.” I would conveniently leave out the other gigs, no matter how much of my work life they were taking up, proportionally.

And in some ways, I don’t think this was an entirely bad decision. While there were some people I certainly didn’t fool (my parents, my boyfriend, my closest friends who knew what an average day looked like), I do believe that projecting a certain image was helpful to me. It’s much easier to negotiate for money, after all, if the person paying is under the impression you have some of it. If they don’t feel that they can lowball you, they probably won’t, and even a vague sense of competition can increase someone’s desire to fight for you. It’s been my experience since then that, in times of plenty, I get more jobs, and when clients are running low, people seem to sense it. Maybe it’s a bit of desperation that wasn’t there in my emails only a few weeks prior, but it feels keenly sensed and responded to. I’ve been lucky in that, since starting the site, I’ve not experienced any such dip in workflow, but I intimately know how hard it can be to fake that “I don’t need your money” confidence.

The truth, though, is that I wasn’t really doing this obfuscating out of an opportunistic desire to squeeze the most money out of my writing jobs. I was mostly doing it because I was embarrassed, ashamed to have to supplement what I considered to be my “real” job with side work that never felt like something I “should” have been doing. Despite never being a particularly hard worker before I became a writer, I certainly wanted to project an image of hard-won success. I never liked admitting to people that I was at community college, or that I always had multiple, low-paying jobs, or that I was going to France for school, but also to work as a nanny to pay the bills. I didn’t think I was above these jobs, really, so much as I felt constantly fearful of the judgment and stigma that went along with them. Even at low-paying jobs I actually, genuinely enjoyed in the moment, the perception of me that went along with it stung. And it stung all the more so when it seemed to get in the way of my “real” career, when it was the thing standing between me and full-time artistry, if you could call it that.

Now, I have much of what a “real” writer might consider side hustles, it’s just that all of them involve actual writing. I’m not getting paid to retreat to a cabin for three years and produce novels about a sexually-frustrated English professor. I’m not given free reign at a glossy magazine to churn out a column once a month about what teenagers are wearing in Barcelona. I’m not even writing thoughtful, long-form essays for prestigious online outlets where I explore lofty ideas as well as my own personal experience. The truth is, I’m not really a good enough writer for any of those things, and I wouldn’t want the pressure and expectation that came with them even if I was. I do 60-75 pieces of writing per month, ranging from a few hundred words of advertising copy to several thousand for a niche publication. I write recipes and lists and essays and compilations, and though I don’t take every job that comes my way, I take a lot of them. I’m not yet at a position, financially, where I can cherry pick the work I do, or dedicate 100 percent of my time to my site. (Right now, it’s about 75, which is already huge.) But I have “side jobs,” they’re simply more prestigious than they once were, relatively speaking.

I no longer feel the stigma of talking about them, either. Part of this is because even a non-cool writing job is still a gift, in many ways, and part of it is because I give less of a shit what other people think. I’m not the person I was even four years ago, tortured over what someone might think of my employment status. I long ago accepted that many people, even some of my own extended relatives, will never understand what I do or believe it to be a real job, and that’s fine. I don’t care, I’m not here to make them happy or give them something to humblebrag about. I’m here to create a life I enjoy living, and try my best to get better at what I do every day, to make an hour of my time more and more valuable.

It’s easy to be ashamed of your side gigs, of having to supplement your dreams with something less glamorous or something you’re less excited to attach your name to. (Hell, I still occasionally do some technical and copywriting that literally doesn’t have my name on it, which is kind of a relief.) But feeling embarrassment over any of this is dumb, and profoundly unproductive. We all need to do what we must to get by, and sometimes that might mean obfuscating your financial realities to leverage more money from an employer or a client, to avoid being exploited and becoming trapped in a cycle of “your time isn’t worth anything because no one will pay for it.” That’s just the reality of getting a foothold in many industries, and nothing to be embarrassed about.

But a side hustle is not a failure, nor is it a sign that you’re not a “real” version of whatever you are striving to be. Side jobs allow us to pursue our dreams, and spread our time out more generously than with one full-time job, or to make ends meet when in a bind. Side jobs let us diversify our skill set and increase our financial security by having multiple streams of income. They let us build the life we want on our own terms, even if the intermediate might be a little unglamorous. And really, we should feel worse for the people who put all their professional eggs in one little basket. Life’s so much more fun, and so much more full of possibility, when everything is an opportunity.