I Am Not “Spiritually Poor” For Not Having Travelled 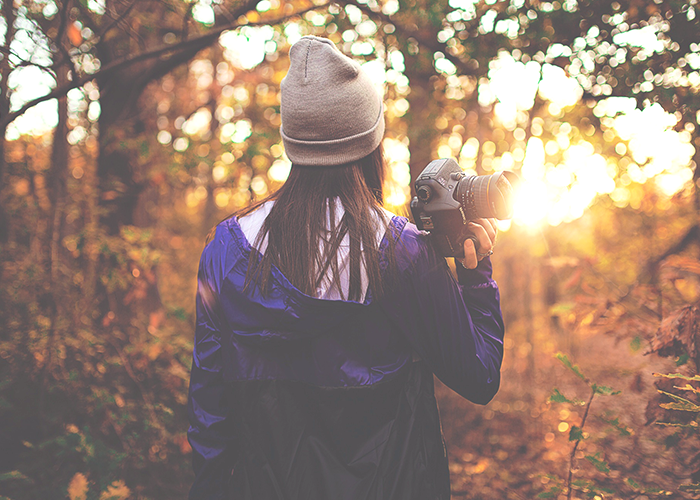 I’m 27 years old, and I have never left the continent.

I never realized that this was a big deal — my mother only left the continent for the first time at 59. Growing up in rural Ontario, “travel” meant eight-hour drives in a Ford Aerostar to Ottawa, Sudbury and Wawa, Ontario. There were occasional trips to the U.S., mostly through my dance studio, but most travel meant visiting my grandparents in Cobalt, ON. I was never under the delusion that I was worldly — but I never thought of myself as “poor in spirit” for my lack of travel. Now, in my late 20s, my lack of travel has become a point of insecurity, thanks in large part to others.

I live in Toronto, one of the most diverse cities in terms of not only culture, but also wealth. I have friends who have emigrated to Canada under less-than-ideal circumstances, but others who grew up as private school kids shuttling off to destination vacations for spring break, being given trips to Paris for their birthdays like it was nothing. But even among my friends who grew up in decidedly middle-class circumstances not unlike my own, I am the odd one out. My partner was born in the U.K., my best friend lived in Geneva for two years, and many (if not most) of my co-workers have either lived in or grown up in other countries.

I’ve seen my friends — and not just the private school types — clutch their pearls when they find out that I’ve never left North America. The most frequent reaction I get is fascination that I’ve never made a type of pilgrimage to my “motherland” of France, despite my ancestors coming to Canada back in the 1600s (when it was known as New France).

When I started working as a business reporter, I was given the opportunity to do a bit of travelling, mostly to L.A. My humble family labelled me their “jet-set” girl because I flew to the U.S. on a plane approximately five times in my first year on the job. The experience was certainly refreshing, but I regarded it as more of a fun, challenging work task than a major eye-opener.

Earlier this year, a position at my company opened up that would involve far more international travel than my current one. Professionally, it was a reasonable step up for me, and the travel was undeniably an appealing aspect. But when my company restructured in the middle of my application process, I instead was moved to a magazine that would involve even less travel than my former position. Was I disappointed? Of course — there was (and still is) a small, taunting voice in my head reminding me that I don’t get to join my colleagues and friends in Cannes, D.C., and London.

But much like my experiences in Los Angeles, I had to focus on the practical aspects: I had a new job, and it was time to focus on it. I tell myself I’m secure in how I’ve ended up 27 and never being on a flight longer than five hours, swimming in the ocean, seeing the Louvre, or getting lost in a foreign city. But I have questioned that security occasionally, considering how much of a problem everyone else seems to have.

It’s not just that I’m constantly told I’m missing out — it’s that travel is regarded as a solution to everything in my life. When I told a friend I was having trouble in my relationship a few years ago, his suggestion was for me to travel and gain new perspective. When I mentioned to a co-worker that I was having trouble managing stress at work, they suggested I simply “buy the cheapest plane ticket to Europe [I] could find and just spend two weeks doing whatever.”

When I expressed to a work friend that I felt like others looked down on me for having not travelled, his response was to say, “Hey, you can go to Iceland right now for $300 round trip,” not realizing that this was a solution to a problem completely different than my own.

I’ve seen the inspirational listicles about how to backpack on less than $50 per day, or the condescending Facebook photos about how if I took leftovers instead of buying lunch, I could save enough for a plane ticket in 40 days. The problem with a lot of these messages is they treat travel like an essential part of your development as a good, healthy-minded person. I have no problem taking leftovers instead of my lunch — I do so most days. But it’s not because I’m saving my dollars for some semi-spontaneous trip to Southeast Asia or New Zealand in the hopes that I come back a changed woman. I take leftovers because it’s financially practical.

In my own experience, I have always seen travel as a luxury that would require sacrifice in some other area. Sure, I could have gone on my high school’s annual Europe trip, but that would have meant not taking dance classes for the year. In university, I could have applied for a few more scholarships to save some money to study abroad for a semester, but I couldn’t handle the headache of having to sublet my apartment in a college town full of sublet ads, quit the part-time job I depended on, and then have to stay an extra semester to make up for the credits that wouldn’t transfer over.

But, you know, experience.

I realize my own personality flaws come into play at some point — I’m a worrier, and I can’t simply convince myself to silence that nagging voice in the back of my head. When my credit card bill has been a bit steep in the past few months, the idea of spending even a couple hundred dollars on a plane ticket is enough to give me a full-blown panic attack, one that a trip to New Zealand won’t fix.

Maybe I’m wrong. I’m fully willing to accept the possibility that travel will offer me far more of a long-term satisfaction than short-term, and that one day when I do get around to booking that ticket to Reykjavik, I’ll tell myself that I was simply being closed-minded and not enough of a risk-taker.

But in the meantime, if others could stop acting like going to Reykjavik makes them wiser than me, that would be great.

Bree Rody-Mantha is a business journalist and dance teacher living in Toronto. In her spare time she enjoys sport climbing, lifting and running the vegan food blog Urban Garlic.