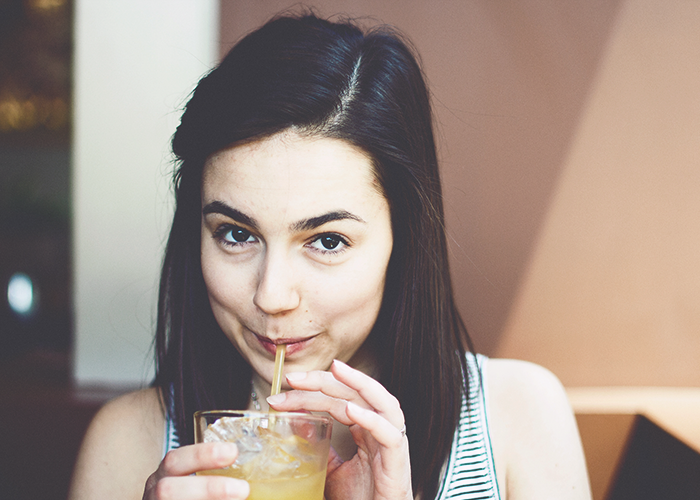 I am going to tell you about a budgeting trick I used the first year I lived in New York. I am not sure whether it is going to please you to read about it. It is not particularly intuitive or user-friendly. It isn’t a budgeting app that automatically scans your bank accounts, and yells at you when you accidentally buy a $17 cocktail made of vodka and flower-scented water. It isn’t some magical device where you say “Hey Alexa, have I spent too much this month?” and Alexa goes “Yup, you did, oopsie!!” (I assume that’s how those things

In fact, it is simply writing down everything I bought, and how much I spent on it. That’s it. It sucks, but it also works, and I am going to tell you why!

When I moved to New York, it was June of 2012, and I’d just graduated from college. I had about five grand in savings that I’d squirreled away during summers waitressing and semesters answering phones in my college’s residential life office. I’d secured an internship that paid $50 a day. This was a freaking coup. 2012 was just sliiiightly before the trend of companies realizing their unpaid internships were illegal and either starting to pay for them, or requiring college credit for them, so it was a blessing to have a paying ‘ship at all.

That being said, fifty bucks a day in New York is nothing. It felt like a small pile of dirt, basically. But I took the internship knowing that when the summer was up, I was going to try my darnedest to get an actual, normal-paying job somewhere. The goal was basically to treat rent like a sunk cost out of my savings, and spend as little as possible in the three months that I was getting paid small piles of dirt so as to not decimate that savings.

Writing down everything you buy is not a very sustainable or practical practice, but it is wonderful if your money mantra is “austerity now.”

I don’t know how I decided to track my spending by jotting down what I bought and how much it cost on a page in the Notes app on my iPhone, but somehow, that turned into my habit as I figured out what kind of nourishment and entertainment I could acquire with my limited funds. My rent was $650 a month, and an unlimited subway pass was $104 a month at the time, so my ambitious budget goal was to spend $100 a week on non-shelter and non-transportation costs. Every week, I’d add up all the purchases and put the total down so I couldn’t forget what I’d spent.

$100 is…not a lot in NYC. But constantly writing down what I spent — whether it was a $10 pay-what-you-wish museum entry, or a dollar for a pack of gum, or $17 for a Regret Cocktail — kept my budget top of mind at a time when it really needed to be, and identified budget pitfalls that I could subsequently avoid. Was this stressful? Yes! It isn’t fun to constantly be thinking about money. But it is less fun to not know exactly what’s going on with your money, and getting unpleasant budget surprises when you least expect it. I didn’t always stay under $100 a week (sometimes it just couldn’t be avoided), but when I did, it felt like a real victory: me versus the Ever-Disappearing Money.

How I made it work:

The results of paying such close attention to my spending meant I really narrowed things down to what I needed, and what I could afford. It didn’t mean I didn’t go out and enjoy everything the city had to offer — I just had to be smarter about everything. I sought out the cheapest groceries in my neighborhood and stuck to cost-effective items that could be stretched: rice ‘n’ beans, peanut butter

I took every opportunity to attend free events, pillage free snacks, and destroy open bars. I went to movies, but skipped the concession stand. I got street-cart coffee for a dollar instead of a pricey Starbucks potion. I bought liquor so I could pregame at home instead of spending more at the bar. (Trust me, this austerity budget didn’t preclude whiskey. Whiskey was very much present during all of this bean-counting.)

My budget strategy meant that I was always aware when I could spend a little more, and when I was going to have to hold back on that appetizer / extra drink / adorable Forever 21 t-shirt that would undoubtedly shrink into a shriveled rag after its first laundering. And, as a result, I never had a situation where I was truly uncomfortable with what was going on in my bank account.

Why it’s a useful tactic:

I ended up using the write-down-everything method for my whole first year in New York, even after my internship turned into a full-time salaried gig. It felt right for the time — I wanted to stay and succeed in New York so badly, so I stayed super vigilant about my spending, even though I was getting paid larger piles of dirt (they weren’t that much larger). Eventually, I got a new gig that paid even more, and it started to feel less necessary to put my budget under such a freaky microscope.

But the mindset that I developed during that first year has actually lasted. Writing down everything is an obnoxious but useful strategy when you need to crack down hardcore on your funds, and it goes a long way toward creating an instinct for questioning a purchase’s worth. Sometimes, my money mantra becomes F*ck it, I’m gonna enjoy myself for a night or a weekend, and that’s when the cocktails really start to flow. But more often than not, the mantra is Do I need this? Is it worth it? And that’s the voice of the ghost of my little Notes doc, asking me if the price of a thing will match the pleasure it brings.

Molly O’Brien is a writer / video producer / human bagel from Vermont, living in Brooklyn. She tweets about Carmela Soprano and the Olive Garden at @missmollymary.