On Life Before Roe vs Wade, And Why My Daughters Will Always Have Prenups 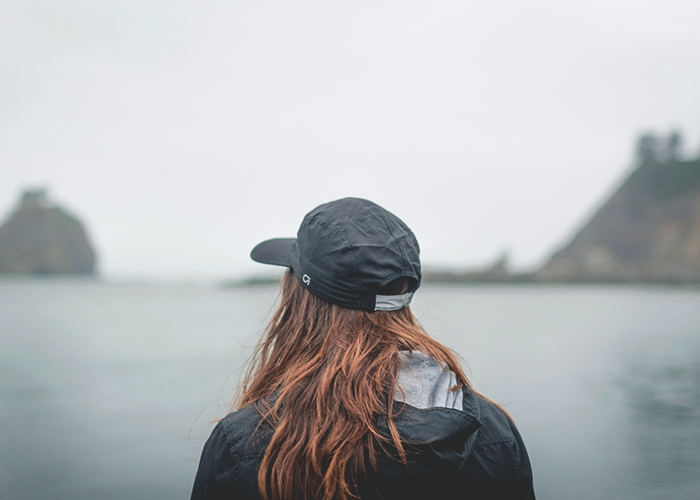 My oldest daughter turned 30 this year, and will soon have her first child (my first grandchild). She works for a company that gives her six months of paid leave to help with the transition, and she has a husband who works from home and will be adjusting his schedule to help her, and will take over as primary caregiver when she returns to work, until they decide on their part-time childcare. She lives in what most of us would consider to be an extremely egalitarian, “feminist” household, and is excited at the prospect of becoming a mother, all the more so because it will be a relatively comfortable transition at home and at work. Among her peers and colleagues, this process of having children several years into your career and balancing childcare with your spouse is the norm, not the exception. They all established their 401ks and IRAs long before they thought of children, and they all have pre-nups in their marriages. No matter what might happen to my oldest daughter in life, I never worry about her independence. I never worry about her ability to make her own choices

I am old. I’m not “old”-old, per se, but I stopped volunteering my age about 20 years ago. I have two daughters, one 30 and one 26, and one son, who is 22 and in his last year of college. I was born into a different time, one when the early seasons of Mad Men were the norm at work, your prospects as a woman were limited to “highest-paid secretary,” and reproductive rights were almost exclusively for wealthy women. Seeking birth control often got you labeled a whore, sex before marriage was not to be spoken of, and rich women would jet off to another country for a “vacation” when they needed a “procedure.” The idea of a woman having control over her finances, her body, or her career path were revolutionary, and very few of us dreamed of one day having a corner office or flying to the moon. We dreamed of handsome husbands who took care of us, and three children with perfectly-appointed bedrooms.

My mother got pregnant with my older brother at 19, and because of her nonexistent options and the impending shame on her family, she quickly married the man — her high-school boyfriend, my father — who would abuse and belittle her for the next twenty years. By the time she divorced him, she was in her 40s with no education, no career history, and no sense of self. She worked a perfume counter at the Belk for the next 18 years, before retiring to live an extremely modest life in a retirement community in Florida. She almost never talked about my father after leaving him, but would occasionally tell me, toward the end of her life, how much she would have done differently if she’d had the chance. She never considered a career or education an option, and considered herself relatively lucky because my father “only” slapped her occasionally, and mostly stuck to verbal and emotional abuse. He would drain her “allowance” account unexpectedly, leaving her unable to pay for groceries or stranded on the side of the road without money for gas. She never called what he did “abuse,” but she would say, “I wish I could have met a better man.”

I was from a different generation — one of hope. I graduated high school after Roe vs. Wade. I was able to get birth control, and date several different men through high school and college. But my southern roots drew me to the same norms, and when my birth control failed during my graduate degree, I thought it was the right thing to do to marry the man, even though I wasn’t ready to get married or have children. I loved him, I thought, and we would make it work. I promised myself that I would go back to finish my degree, and I dropped out to have my daughter. I was a naïve 20-something who believed that love would conquer all, and I was determined to be a good mother the way mine had always been: attentive, present, always ready with a hot bowl of soup when she got sick. Yes, my childhood had been dysfunctional, but for the time, my parents’ relationship wasn’t really that far outside the norm. All women at that time were submissive to their husbands; all women assumed that the control would defer to him in finance or major decisions.

I knew that I would keep my own savings account separate from my husband, and that I would feed it religiously, even if by a few dollars a week. That would be my saving grace, and the thing that would make my life much better than my mother’s.

I should say here that my husband was always decent, if not my dream man. He never abused or mistreated me, and was always responsible to our family and his duties. He and I are separated now — not technically divorced, but living separately for years — but I still have compassion and love for him as a person, and would take care of him tomorrow if he were ill. He’s just not the man for me, and the boyfriend I have now (yes, old girl has a boyfriend!) is everything I’ve waited 30-plus years to have in terms of passion, mutual interest, and romance. My husband was decent, but I did not want to be married to him. And while he provided me a great domestic life, and three beautiful children, the life we lived was always at the cost of my many dreams. Even when I went back to get my Master’s in psychology in my 30s, the starry-eyed dreams I had about entering the workforce with a bang were quickly destroyed. I was too old for entry-level positions, had no experience, and was as foreign in the working world as someone who didn’t speak the language. After two years of floundering in a glorified receptionist position, I withdrew from the workforce to go back to my domestic and community life.

My life, and my mother’s life, are why my daughters have had birth control offered to them since high school (and known that I will support any choice). It’s why they went to college, why they’ve grown savings accounts since their early teens. It’s why I helped them both set up investment accounts and instilled that, no matter what they chose to do in life, they must earn their own way and have independence. They must build their resumes, and get as much experience as they can, because if they choose to leave the workforce for a while, the less experience they had before, the harder it will be to re-enter. It’s why I’ve always made sure they never felt pressure to marry, or to have children. It’s why, even more so than with my son, I always made it clear to them how important it is that every life decision they make be something they actively chose — not something they were coerced into. I trust that my son will live a life of freedom and choice, but I felt overwhelmed with fear that my daughters might not. I feared that one night of error might condemn them to a life with the wrong man, or they might think it the normal path to give up on their own dreams while never questioning the man’s right to his.

I am extremely proud to say that both of my daughters live wonderful, exciting lives, both with interesting careers and passionate, egalitarian relationships. My older daughter is preparing to have her first child, and my younger — despite being with the same man for nearly eight years — doesn’t think she’ll ever get married, and might not have children, because her dreams for her work life might mean she and her boyfriend might not have time. (She wants to open her own business, one that comes with a lot of overhead and up-front work.) I am thrilled that both are able to follow their dreams exactly as they wish, exactly as a man might, and that they feel as entitled to their own destiny as my son does.

In many ways, it’s too late for me, and it was much too late for my mother. We were born into worlds that taught us so many wrong things about what we owed to society, and what sacrifices we were expected to make because of our gender. But it is not too late for my daughters, and it’s not too late for you. You can have everything you dream of, because you can be in control: of your body, of your relationships, of your finances, of your careers. You can have all the things my mother and I could not, and you can base your life choices on what you want most. You can wait for love, you can wait for the right moment, you can create a world that is kinder and more intelligent because no one is being forced into a strict, one-size-fits-all family system.

Be grateful for the world you live in, and remember what it’s like for us old gals who did not have all of your freedoms. Never settle for anything less than freedom, and light the world by shining as bright as you can.