On Making The Right Choice Between Love And Work 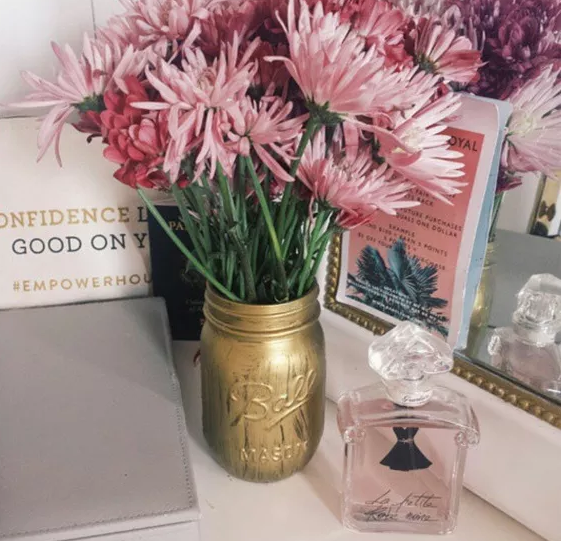 I’ve been thinking a lot about women and relationships, and how the beginning of a great love can often feel to us, in the smallest way, like a burden. A choice. A path that you can choose to walk down because there are now two, where there was only one before: your own fulfillment. Because when entering into ‘serious’ relationships, women are suddenly faced with a dichotomy between their work life and their ‘real’ life, at least to the outside world. They may not exclusively choose one or the other, and may even find a happy medium in both, but where the world is concerned, they now very much have their two, distinct lives.

Many of you probably read the recent article in the New York Times about the elite group of wives on the Upper East Side who have given up their considerable educations and talents to be the cooing wives to the hedge fund set. They volunteer, they donate, they raise impeccable children, and they receive “wife bonuses” for good performance. It’s so retro, and the wives’ behavior so voluntarily submissive, that the message of the piece is pretty clear from the get-go: There is something wrong with these women. And even in what is presented as an ‘anthropological study,’ the author’s personal feelings about these women seep through in nearly every paragraph. The author alternates between bewilderment and pity, resentment and disdain. And so do most of the commenters. And, as much as I hate to admit it, so do I.

The truth is that these women — despite being no more reprehensible, if not less so, than their husbands — are the recipients of most of our ire. Yes, the men participating in these voluntarily Victorian behaviors are gross, but we know that and sort of dismiss it as part of their sociopath executive behavior. But we expect better from these women, somehow, expect them to do and want more with their lives, and to put to good use all their education and access. While you could easily make the argument that these women are in some ways more “privileged” than their husbands, in that they live in great fortune and comfort without having to work an incredibly taxing job and while being able to dedicate the bulk of their lives to their families, we see them as almost passive in the story. They are sacrificing themselves to some greater altar of traditional womanhood, and what a shame, we think, because they were capable of so much more.

But what is the alternative? That they, like their husbands, thrust themselves out into the unforgiving world of corporate climbing, leaving little time for their families and personal interests, relegating even more personal affairs to assistants and nannies? Would those women, the ruthless executives who are themselves capable of doling out spousal bonuses, not be judged just as harshly as the Park Avenue Princesses? It’s no secret that our society treats career-driven wives and mothers as somehow deficient in a vague feminine gene, that the pursuit of professional and financial success is unseemly for them in a way it isn’t for a man. We regard their Sex and the City-desire to have it all (and earn it all herself) as selfish somehow, indicative of a harsh personality and an unfulfilled personal life.

The truth is that neither of these choices allow for being human, and instead insist on archetypes. The stay-at-home mother, rich and poor, lives with her set of burdens and judgments, just as the working mother does. And while I have female friends in their 20s who proudly declare their intention to be one or the other — to stop working entirely when kids arrive, or to get back to work as quickly as possible when it happens — it’s a label that is difficult to apply to oneself either way. It’s hard not to worry for the blushing fiancée who plans to quit her career shortly after marriage, given all we know about women often not being financially literate until an event like divorce or death. But it’s also just as uncertain for the career woman, who will likely face huge obstacles to everyday happiness and balance.

So, many of us say neither, myself included.

I’m in a long-term relationship, something I believe will continue for the long haul, not because I feel pressured to commit but because my life is simply better with him in it, in every way. For now — because we are not married, or even engaged, and have no children — our relationship is not the fork in the road that it will likely one day seem. It is not taxing on my ability to commit to my work, and in fact, we even occasionally collaborate on professional projects. For now, we can exist and work and live in tandem, equally dedicated to our lives as individuals as much as we are to one another.

But someday, this will change. We will commit more permanently, or no longer be just the two of us. And even though he is a deeply feminist person in worldview and action, and would never expect me to “choose” between a rich personal life and a thrilling professional one, it is unfortunately not up to him. The world will simply punish me for having a family life, while quite openly rewarding him. His career will always be seen as the biggest chunk of his life, with his family there to support, to provide love and personal fulfillment, and to keep him going when things are tough at the office. My career will have to fit in around everything else, because I will be expected to bear the brunt of family choices. I will be expected to “have it all,” even if I don’t want it.

For what it’s worth, my father worked from home all of my life, and my mother was a SAHM for most of my childhood. It was an unusual setup, and more egalitarian than many homes, but it was still the Working Father and the Caring Mother. And interestingly, when my mother took a job outside the home when I was in high school, it was my father who, being home, took on many of the more familial roles. While I can’t say that either parent was a “better” primary caregiver — though my mother was a much better cook — I can say that always having one person heavily dedicated to our upbringing and home life was a magical thing. There was an emotional richness to my childhood that I feel hugely grateful for, knowing that there was always someone waiting for me at home, ready to make a snack and ask how my day was. It’s something I would wish for any child, including my own hypothetical one. And I’m lucky to have seen firsthand that there is no rule stating this caregiver must be the mother, or even one parent full-time, instead of equally divided between the two.

I admit that I was entertained by that NYT piece, and that my personal brand is apparently strong enough that the better part of a dozen people sent it to me. Yes, it was juicy and made me feel, at least for a moment, superior to women who have more money and access than I will ever hope to achieve in this lifetime. It made me glad to be an equal to my partner, and to have my own pursuits. But ultimately I am sad to have read it, sad that it was framed more as an indictment of the ‘poor little rich women,’ and less a profound questioning of the men who would desire this setup for their (at least temporary) life partner, who would dole out funds to a spouse like a child’s allowance. I’m sad that it was another reason to judge the choice that a woman has made, another reason to remember that this choice is very, very real to her. I’m sad that no man in the story would ever consider making the home/work choice in such a way, because he’s never questioned his right to have it all.