On The Lost Art Of Hobbies, And How To Use Them To Your Financial Advantage 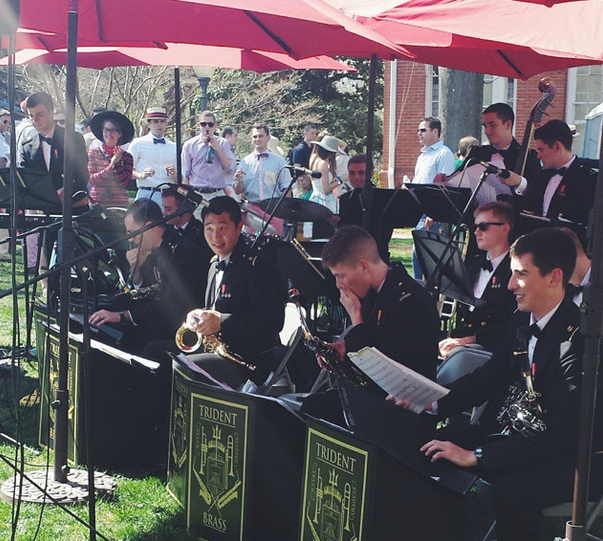 When you’re a student, your whole life often seems to center around your “extracurricular activities.” Yes, of course, you have classes and exams and all of that, but you also have a rich life that takes place outside of the classroom, where you are able to pursue your most profound passions and be around like-minded individuals. You can put on plays and learn new languages and explore new cultural and geographic landscapes, you can build and create things or hold intimate discussions on the topics of your choice. These activities are neither “work” (school) or socially-based, at least not in your immediate group of friends. These are tribes brought together by their shared passions, who sometimes end up becoming lasting social groups, but are often just tight-knit for the time that they meet every week.

And yet, once you reach adulthood and enter the working world, “extracurricular activities” become little more than a euphemism for sex. And often, women in particular are thought to come to a great existential fork in the road, where they must choose between a life as a professional woman, and a woman of family and human relationships. We join a camp, so to speak, and that is the definition our lives take on, more or less indefinitely. But this phenomenon is not just limited to our sex (even if its more pronounced with us), it’s relatively uncommon for people outside of student life to have rich hobbies and activities neither based on personal relationships or professional gain. Hobbies become a rare thing, and most people’s most common activity is meeting friends at bars or restaurants to spend money and catch up.

I have always been very interested in maintaining hobbies, and even dedicated a chapter in my book to the practice of cultivating them. Between the ages of 18 and now-ish, I’ve been a member of several meetup groups, taken and taught classes on everything from partner dance to core resistance training, and learned several new board games. My new thing that I’m starting in (hopefully) the next month or so is a dinner party club, where we’ll have themed nights and share recipes and learn a ton about one another’s culinary backgrounds. And I’ve maintained these hobbies partly because I love these things, but also because they provide by far the best ratio on cost-to-reward.

And it makes sense, right? When we’re students, we don’t have the money to be going out to restaurants all the time, so our cultural meeting spots become based on hobbies. And when I was a totally broke student, I threw myself into every French-language Meetup group I could find in DC. I organized bi-weekly phone calls with my grandmother to practice. I sought out people for one-on-one language exchanges, and got to a point where most nights were spent speaking French instead of English, and doing led me to moving to France where I could take college with regular French students (for super cheap) and become a seamless part of this new culture, where I lived and worked for years. Perfecting my French started out as something I did because it was mostly free and allowed me to meet new people/go places, but it ended up becoming one of the most transformative experiences of my life.

Now, with more disposable income and a social group comprised of other professional adults who are used to “going out” as the normal activity, I have dropped most of my hobbies altogether. I have taken several dance classes over the last year to get back into that hobby, but find it much harder to motivate myself to go to the free-and-cheap events that used to be the meat of my dance life. I have attempted to pursue Spanish with the same verve I once pursued French — and feel that I stand a strong chance of becoming functionally fluent, if I really tried — but I find it easier to opt for a drink at the bars with a friend instead of a $5 Meetup Spanish-language event.

And this costs me money, as well as the richness of new experience. I know that I should be pursuing new activities, but it’s hard to do in practice, even if it means there is money I could be saving and awesome new people I could be meeting. But interestingly, one of the results of my resolve to spend less money on restaurants and lose weight has been ample after-work free time that used to be spend dining and drinking out. In an interest to replace these activities, I’ve started looking with serious interest at hobbies I can start again. (And on that note, if anyone in NYC is a fluent/native Spanish speaker looking to do a regular conversation exchange with a French speaker, I am ALL EARS. Email me.)

The point is, there are literally hundreds of dollars a month to be saved (as well as great personal satisfaction and entirely new passions to be discovered) by viewing your life as you did in school. It is not a pie chart with two sections, one for work and one for relationships. It’s full of all different sections, for every facet of your personality and skill set. And until we start treating it as such, we will only be seeing a very small portion of who we can truly be.