On The Professional Difference Between “Hunger” And “Thirst” 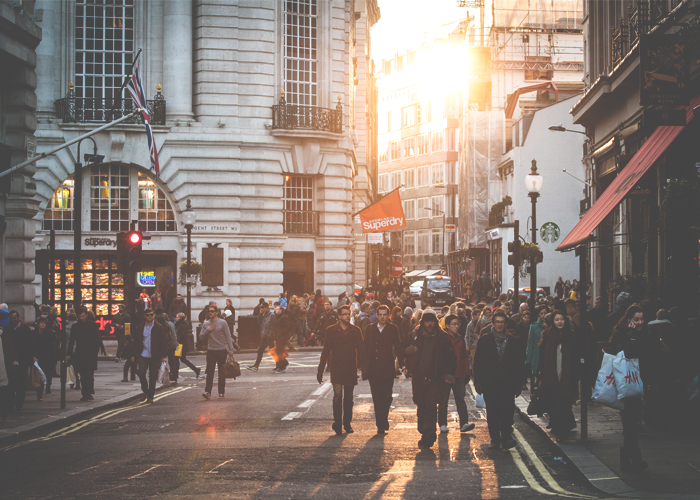 When you’re just beginning your career, everyone is suddenly in a rush to shower you with their wisdom. Bosses, parents, coworkers, friends who joined the workforce a month before you; everyone has their two cents. Thanks to a quick (read: heavily premeditated) career change, I’ve been on the starting out train for almost two years, and have gotten a lot of invaluable advice in that time. The one that has stuck with me the most, which is applicable to starting out in any field, not just writing, is a lesson that was passed on to me by a good friend who has been writing on the Internet for a lot longer than I have. It’s the concept of “hunger” versus “thirst.”

You can approach your career with either hunger or thirst. In my opinion, if you’re approaching things with thirst, you are someone driven by lust. There are plenty of careers that are too easy to lust after: wanting to be a CEO for the title. Wanting to land a promotion purely out of competition, or a sense of “winning.” Wanting to be online, on television, or on YouTube for the followers. Generally, wanting things for the recognition, rather than the value of the work itself or the life it enables you to live, is thirsty.

A hungry person is motivated, and fuels their own fire. It’s someone who feels passionate about a specific company, and wants to be on their staff because they want to be part of that operation. Or someone who wants to improve their writing and does so by contributing to places or starting their own blog, fully aware that an Internet following isn’t built overnight. Or someone who wants to move up in the ranks because they’re already doing the work at the level above them, and deserve a raise. It’s someone who sees and understands their potential, but who advocates for themselves in an intelligent way.

It wouldn’t be right to pass myself off as someone who has always negotiated the waters of hunger and thirst admirably. When you’re starting out, as I still am, you have to accept that a) mistakes will be made, no matter how hard you work and b) there is a certain element of desperation that comes with starting your career. In terms of making mistakes, we have no choice but to learn from them and try to move on. As anyone who was on TFD this week knows, I learned a few very humbling Internet lessons recently and can use those as a stepping point for improvement. As for desperation, though we may not want to acknowledge it, we can become desperate to either prove ourselves, or get hired by any means necessary — even if we’re not ready. It’s one of the easiest ways to slip into thirsty behavior, and I can’t say I’ve been completely immune to that.

Here are the side by side definitions of “hunger” and “thirst” (as I see them):

Hunger (n): The act of making your wants known in a respectful way; Willingly working toward a goal (and offering up your effort to others), instead of expecting success to fall into your lap; Wanting something because it is the right fit, rather than because it sounds like what you’re supposed to want.

Merriam Webster defines both words as “desire,” but classifies thirst as an “ardent desire,” versus hunger as a “strong desire/craving.”

Someone who’s thirsty in a workplace is the person that won’t stop talking about the job that’s freeing up a level above them, or harasses the people who already have the things they want. It’s the workplace equivalent of the kid in ninth grade who wouldn’t shut up about how they wanted to be class treasurer for the five months leading up to the election. Of course, sometimes that kid wins the high school election. Just like sometimes the person that won’t stop thirst tweeting at their dream employer ends up getting the job. It happens — thirst works occasionally. (Even if most of the time, it ends up alienating the very people you need to be ingratiating yourself to.)

Showing hunger is entirely different. If thirst is handing in an article and taking for granted that it will get published, hunger is sending something in without assuming that it will get published, and being willing to work at the piece. Hunger is reaching out to people and showing your appreciation, instead of taking it as a personal affront when they don’t respond two days later. It’s admitting fault and taking responsibility for your actions, when you’re in the wrong, as opposed to approaching mistakes with a wide-eyed Alice in Wonderland-esque expression and hiding behind excuses.

To be thirsty is to want instant gratification and expect a gold star every time you do something right. It’s a very collegiate notion and to be honest, it’s a thirsty trait I still catch myself slipping into on occasion. Many of us find ourselves falling into this trap post-grad, because college is a simple formula. If you do the work diligently and hit all the key points, you get an A. Plain and simple. You get the paper back a week later and it says, “Well done!” and compliments your use of the word “defenestrate.”

But the working world isn’t like that. It forces us to look at things in the long term, instead of expecting things to happen instantly. Showing hunger doesn’t mean being completely okay with a thankless job (because that shouldn’t be how you’re treated), but it means being able to keep your head down and get shit done, rather than constantly expecting something in return.

In both my first career path and my most recent one, the difference between these two character traits is a lesson that’s come back to me again and again, in good and bad ways. It’s a short litmus test to consider when you’re chasing something you really want, to look at how you’re chasing it and why you’re chasing it. Of course, I will always slip into a little thirsty behavior while creeping the Twitter of someone more successful than me, or when I wonder what’s going to happen next in my career. But in terms of my behavior and approach, especially in a professional setting, I try to keep my actions in check and, above all, stay hungry.