On “Those Women Who Bake,” And Attempting To Become One 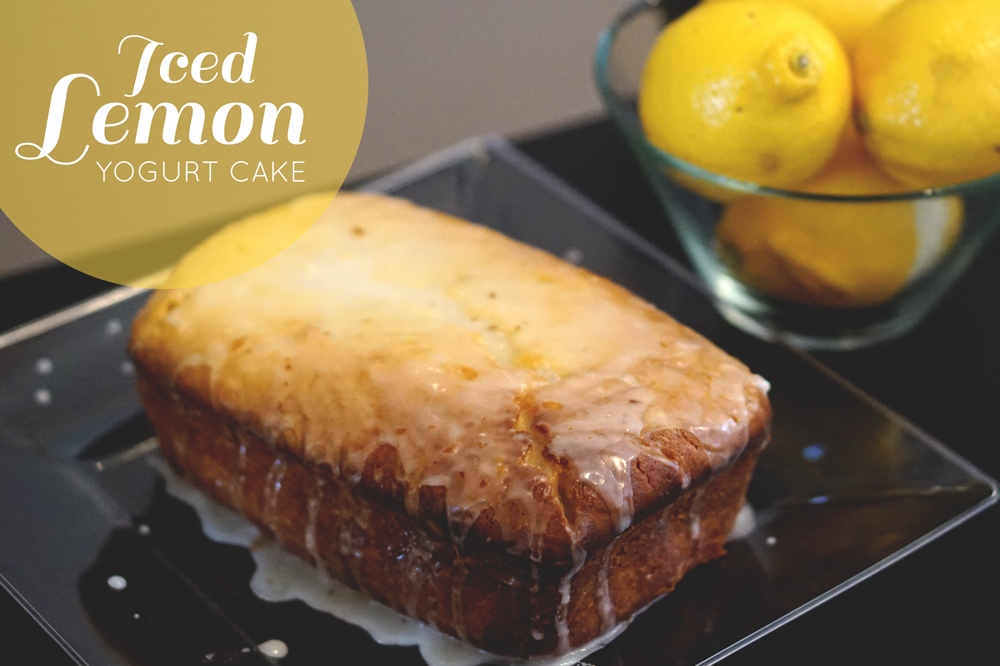 I am terrible at baking. It’s one of those things that haunts me in a way, because I’ve built up this very specific image in my mind of what “bakers” are like as people — specifically as women — and every time a cake comes out dry or a pie under-sweetened, I am reminded that I am not like her, and it feels like a mark against my character.

I’m good at cooking, though, which makes sense. It’s a very inexact art, something you can improvise on as you go along, where mistakes are much less permanent than they are in the oven. I have rescued several dishes from the brink of disaster, because things were happening live before my eyes and on the stove, and I wasn’t limited to the precise measurements of dry and wet ingredients that I had made at the beginning. It’s a silly-but-accurate metaphor for my way of handling life, and panicking while there are several pots boiling over — while not ideal — feels much easier to me than making a perfect soufflé.

So it was with some hesitance that I decided, for a brunch I was hosting this weekend, to make this spectacular-looking Lemon Greek Yogurt Pound Cake I found while browsing Tumblr. With Lauren’s help, and ample time to execute, it felt like an important thing to attempt. I would never become one of those baking women if I didn’t at least try. 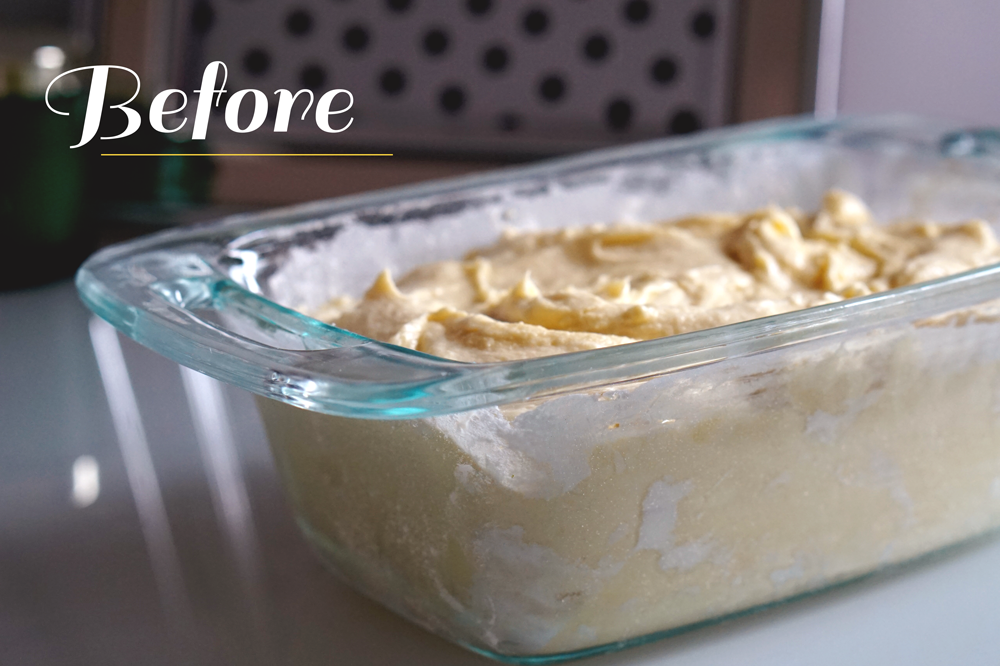 To me, the baking women are women I know, or have known, in my personal life. They have always given off an ethereal something, not the boisterous, imprecise Julia Child-types, but the Léa Seydouxses of the kitchen, all understated elegance and the occasional, utterly appealing quirk or mistake. They post photos of their perfectly-executed tarts or quiches, filled with interesting and not-obvious ingredients, and have the patience to see their ideas through to an exact fruition. They put in the time and energy at the beginning of the recipe, and it shows at the end. With maybe a dusting of flour on their apron, they can look at their finished product with an understated pride, knowing they did everything just so.

I know that this isn’t real, that the baking girls are in my head. But they feel very real, because they represent two specific qualities that I don’t have, but long for: patience and calm. They have the ability to wait for things to go right, to take the long way around because you cannot cut corners if you want things to come out perfectly. And they seem effortless in their moment of reveal, this profound sense of calm coming from knowing that they followed the recipe exactly, and did everything they were supposed to do. Yes, I know that “effortlessness” is not a real thing, and only comes as the result of hard, precise work. But that only makes me want it more, because I know it’s so hard for me to achieve. 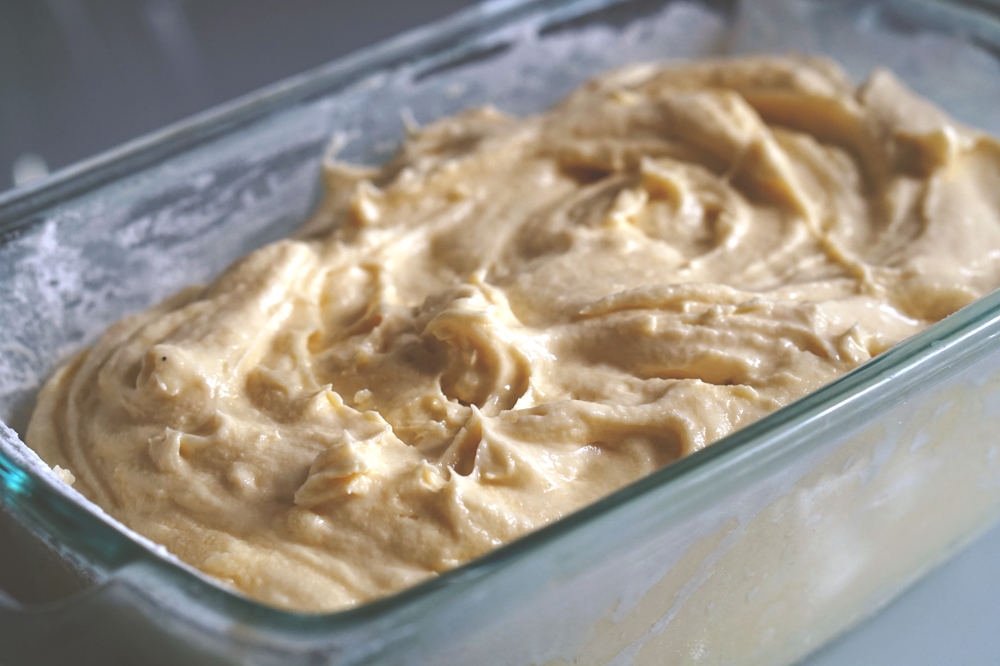 But I bought a Kitchen-Aid. I found the recipe. I invited over Lauren, who brought the supplies for the cake. I would force myself to forget about all of the scrambled-egg quiches and burnt tarts, and try to make a first real step towards becoming Baking Girl. It felt silly taking all of it so seriously, but I can’t explain to you how much becoming good at this — aside from the general niceness of setting your mind to something and accomplishing it — would mean to me. I would prove my ability to follow a recipe to the letter and to wait it out the proper amount of time, which would be huge.

Because part of simplifying and balancing our lives is finding the fundamental things about ourselves that we’d like to improve (for me it’s patience and attention to detail), and finding proactive ways to work on it. For me, baking is a good way to practice those skills, and to do it in a concise, “beginning to end in a few hours” way. It’s easier on my brain that way, and allows me to feel accomplished and improved measurably each time. Dance is like this for me as well. Each time I leave my salsa class, I am a little bit better than I was before, and I feel incredibly calm and fulfilled as a result (at least for those thirty-or-so minutes after class). 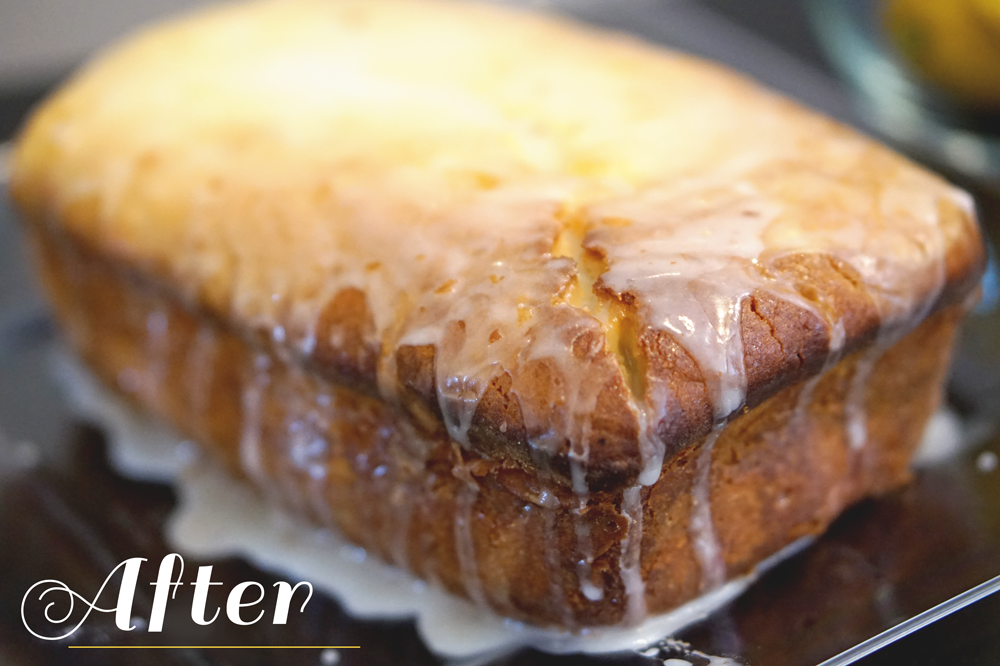 The cake came out beautifully. I did something that I had set my mind to, and proved that — in a small way — I could be one of those zen, serene baking girls. I could create something that took time and exact measurements.

I recommend this recipe, but more importantly, I recommend doing something that feels very un-you in a way that fills you with envy and insecurity. I dare you to be the calm yoga person, or the thoughtful book person, or the artsy photographer person. Try those things on for size, and make a concerted effort to get good at the activity, and you will see that the image you have in your head isn’t real at all. You will see that any quality you desire — in the greater pursuit of balance and happiness — is merely an activity, something you do, instead of something you inherently are. Yes, it’s just baking a little cake. But it’s also showing yourself that you can do something, that you can do it well, and that it really wasn’t so hard after all.