How One Guy (Unintentionally) Spent $1,000 On Sushi 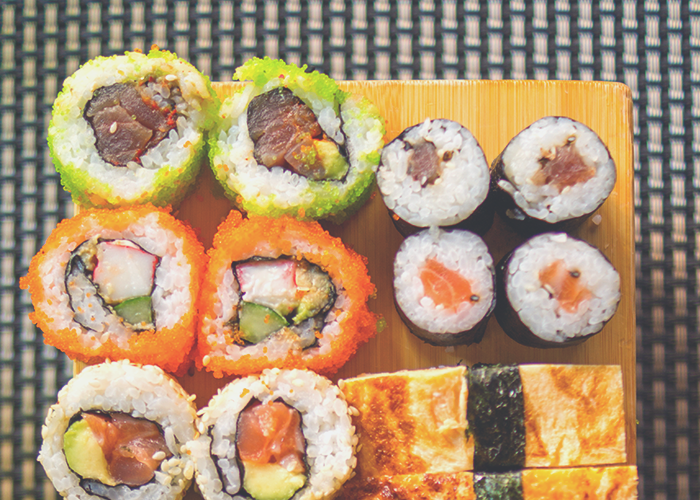 When I moved to New York, I was expecting it to be expensive. I’d lived her for a three-month internship one summer, and I’d visited with my family a few times. I had also gotten used to the default response I’d get whenever I told anyone of my plans to move after graduation: “New York is so expensive!”

I had plans to move with roommates, and find a temp job right away to pay my bills, both of which I did. I never did anything I would consider lavish, but for the first year or so, while I always figured out how to get my bills paid, I didn’t really pay mind to the idea that I also needed to be saving.

I felt like there wasn’t anywhere for my to cut back: I didn’t go to Michelin-star restaurants, buy expensive clothing, or travel farther than home to see my family. What I didn’t realize was that I was losing money to everyday spending. I would regularly go out to eat, which adds up even if the restaurants you frequent only have one dollar sign next to their names on Yelp. My favorite thing to do as a single person was go to the movies — tickets to which cost about twice as much here as they do in Vermont, where I went to college — and I would always treat myself to a Diet Coke and Twizzlers, because it just wouldn’t be the same without them. And, of course, I really liked to go out drinking.

There were several rude awakenings I had when going out, but the one that sticks out most in my mind was when my roommate and I picked a random bar to grab dinner after one of his first ever improv shows. The theater was in Chelsea, an area with many restaurants, so we walked around for a bit and settled on a wine bar that looked cute, my number-one criterion for everything. The prices weren’t too steep — $13 for a bowl of pasta in Chelsea felt like nothing. We felt so chic and ~frugal~ with our choice that we decided to order the second cheapest bottle of wine on the menu, an adult option to go with our very adult decisions. Then, another. Then, why not get dessert? At the end of the meal, where I’d initially looked at the menu and thought I’d be spending $20-25, we each owed $90, plus tip.

Now, as a 22-year-old pursuing a writing career, this felt like a whole lot of money. Frankly it still does — I cannot imagine dropping that much on one random meal when it’s more than my grocery budget for the week. But that unexpected spending feels commonplace here, or at least it did, back when I paid little-to-no attention to my barely-established budget. It hardly seems noteworthy, especially in a city where $90 meals are probably a daily occurrence for such a visible part of the population. My friends and I have often traded stories about accidentally spending three times as much as we were planning, thanks to in-the-moment #yolo attitude takeovers that we have somehow accepted are just a part of living in a city.

So when I saw the Vice headline “How to Spend a Thousand Dollars on Sushi by Me, an Idiot,” I kind of…understood. It is so easy to get carried away when you’re having a Night On The Town, and I can fully see getting myself into a situation where I end up spending way more than expected, and don’t try and argue the amount because I feel embarrassed and stupid. Here, the writer, Chris Galleta, writes about a time he went to get sushi before seeing a play, and his go-with-the-flow attitude towards all of his friends suggestions led them to spending over $1,000 on dinner alone. There are some obvious missteps of course, which, to his credit, Galleta himself recognizes. He writes:

At a certain point, Matt leaned over to me and said, “This is gonna cost us.” I agreed; the food was incredible and the service peerless. I’d never been so doted upon in a restaurant, except for one time when I thought I found a piece of metal in my calzone (it was only glass). But we were prepared to pony up at least one hundred. Maybe 150.

When the bill came, we took a deep breath. “This is going to be more expensive than the tickets,” I joked. We opened it together, like shitty Golden Globe presenters.

1. Do your research. As Galleta notes, the restaurant they went to was owned by one of the protégés of famed sushi chef Jiro, the subject of a very well-received documentary that you’ve most likely heard of. A good rule of thumb is that, if you are going to a restaurant that’s helmed by a protégé of one of the most famous chefs in the world, expect to pay a lot. Too much, probably. If Galleta had interrogated his friend more about where exactly they were going, they may not have ended up in this situation. Always ask yourself: Is this going to be worth it? I love going out to eat, but the pizza and ramen places in my neighborhood are just as good the ones in ~swankier~ parts of town (if I do say so myself), so I often opt for staying nearby. Remember, you can still get dressed up and have a fun night out, even if you’re just planning to eat at the bar during happy hour.

2. Ask to see the damn menu. It sounds like these two got a little carried away with the doting service: “After every dish, Toma [the chef] penciled a figure into small ledger. Then he would turn with a smile and suggest another spectacular morsel.” By saying “yes” to everything they were offered, they truly opened themselves up to being swindled by the chef and waitstaff — who were, frankly, just doing their jobs. Remember, it is not up to the people serving you to look out for how much you’re spending. Perhaps the restaurant only deals in this kind of hyper-personalized service and doesn’t have menus, in which case, still ask how much something is going to cost you before ordering it. (Also, the fact that most of their bill went to uni makes me cry a little — Galleta describes it as “frozen yogurt that tastes like the bottom of a sailboat,” an apt description no matter if you think that sounds good or bad. Regardless, it is so small, and so expensive.)

3. Don’t pair two expensive things to make one big, more expensive thing. Going out for sushi was just the start of these guys’ evening, as they were going to see the play No Man’s Land afterwards, which couldn’t have been a cheap ticket. Personally, I think that one expensive outing is enough for an evening, and you don’t have to feel like your Big Night Out is incomplete without both a show and a nice dinner. There are obviously exceptions, and I’m not here to tell anyone how to spend their hard-earned money. But the next time you go see a show you’re excited about, maybe treat yourself to a home-cooked steak beforehand — something that feels festive and fancy, but not so much that the evening runs the risk of setting you back financially.