How To Be Open About Money (Without Being Awkward) 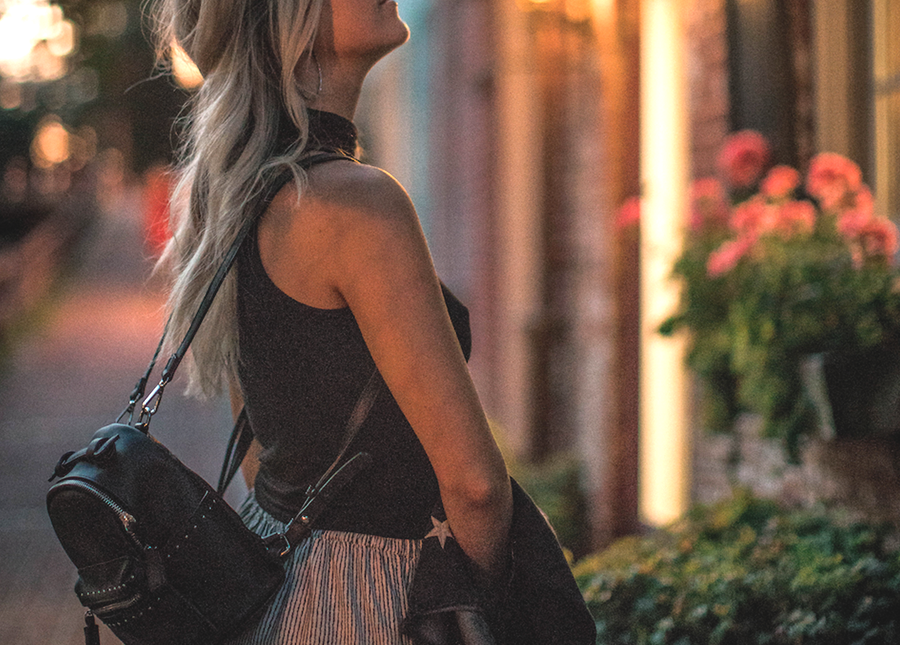 My come-to-Jesus money moment happened a few months into my current relationship. The first few months that my boyfriend and I started dating, I broke bad with my budget. Isn’t love more important than a savings account? (The answer is always no.) We had been going halfsies on everything, and I needed to slow my spending roll, especially since I was still dealing with the backlash of being abroad (AKA a five-month shopping spree). I was nervous to bring up my personal finances, not because I was insecure about my standing (he has a lot more money than I do), but because it’s uncouth to discuss money and my WASPy grandmother haunts me.

I decided to come clean about my finances with the people in my life whom my money peripherally affects — my boyfriend, my roommate, and my good friends. Like all things awkward, it’s best to rip it off quick like a band-aid. I’ve found that being brutally honest about banking either shuts people up from shock or finally allows room for open dialogue. Because contrary to what you’d think looking at Instagram stories, most people can’t afford brunch every weekend, either.

I got my first credit card during my sophomore year of college. Not a student card — this piece of plastic was the real deal, with a $2,400 credit limit. I used it responsibly, until I went abroad; as they say, when quite literally in Rome, do as the Romans do. I interpreted this as buying every single delicious, buttery leather good I set my sights on and came home not only with a new wardrobe, but also multo debt. I had side jobs during the school year. So I was able to pay more than my credit card minimum each month and keep my credit score in the 700s, but I didn’t exactly stop using the card altogether once back stateside.

I finally told my boyfriend how even though I wasn’t swimming in astronomical student loan debt, my credit card balance was far from $0, and I wasn’t able to afford a casual dinner out when I was already a thousand in the hole. A lot of this conversation was deflected to the logistics of credit cards (*cough cough* why don’t we learn this in high school instead of trig?), but of course, when he heard the debt dollar amount, he almost keeled over. (Un)fortunately for me, I’m now numb to numbers that should be concerning.

Opening up to him turned out to be in my best interest, because he is a finance nerd who helped me budget and crunch numbers. I got honesty points and a personal finance advisor! Of course, we still go out to the occasional dinner, but we also started looking into cheaper date ideas: playing chef and making meals together, watching an old classic OnDemand instead of buying movie tickets, and going to random galleries or events that have free wine and cheese. I thought that financial restrictions would hinder our relationship, but they have actually helped. Plus, now we can pretend that we are on a TLC show when shopping.

But significant others are easy because they’ll still love you even if you’re completely broke (I think). But what about friends and roommates?

My “home friends” are some of the cheapest people I know, which makes talking about money easy as 1-2-3. We have that comfortable familiarity of 12+ years of history that makes paying for the bill a five-person math equation. We hate ourselves, too. But enter college and current friends — people whose finances I haven’t known since in utero. How do you begin to breach the subject of budgets with them?

This was especially difficult for me when, during a two-year period of my life, I lived with various people who were all, respectively, stupid rich and also stupid ignorant when it came to cash. I find that random roommates are harder to talk to than real friends, because you have no stake in each other’s games. You are simply existing in a shared space that requires shared goods and bills. I like to avoid passive aggression at all costs, and instead stick to full-on aggression, so I dealt with these dilemmas by just briefly stating that I was fine with buying our own groceries and suggesting either labeling food, or labeling fridge space. I kept socializing with these roommates to a minimum, but when it had to be done, we went dutch.

I decided to put these practices into play when I recently moved into my first “adult” apartment post-grad. Right away, I said to my roommate (who is also my friend), “Look, this is unorthodox, but let’s get all the nitty-gritty out of the way so we can have fun, decorate, cook, drink, move, and live in harmony.” I lucked out with her, because she’s also open, honest, and direct. I explained to her my financial situation (at the time, I was officially unemployed but extreme-babysitting on the side, and had slim savings reserved for move-in expenses), and we agreed to split all home goods and bills while buying our own food but being okay with sharing in a pinch. We don’t usually buy name brand, and I keep my eyes peeled for new customer deals (Grove Collaborative recently gave new users $25 worth of Mrs. Meyers products when they spent $20 — I took this opportunity to stock up on hand and dish soap). We aren’t labeling things in the fridge and text each other before buying something we would presumably split (especially when it comes to variations in price). Venmo is our friend.

But often when it comes to friends, there’s no easy way to come clean. You want to have fun and spend all the monies! It gets easier when you reach the nirvana of best friendship, when you will learn each other’s respective value systems. It gets rare that we have to deny (or even extend) certain invitations. I would never invite friend X to a $50 LACMA exhibit, just as I would never expect friend Y to shell out for a weekend trip to Santa Barbara, just as friend Z would never count me in for Coachella.

But during the transition from friend to best friend, learning these specifics about a person can take time. And I think a lot of the time (and across a lot of subjects), silence is taken as acceptance. The only way to get your financial boundaries across is, unfortunately, to speak up. When someone suggests bottomless brunch or happy hour, it can be awkward to opt out because of money, but a mature person worthy of your time will understand. Prepare a couple stock responses like: “Money is tight right now, but I’m down to make a brunch buffet at my place!” or “Instead of SoulCycle let’s go on a hike (or create joint new email accounts to score another discounted class)!” (Kidding on that last one, kind of.)

I’m young enough where most of my friends are still struggling alongside me, so a lot of conversations revolving around money (and lack thereof) are seemingly universal. Rent is too high, hours are too long, and Whole Foods is nothing but a delicious daydream. Being broke is easy to cop to and so far, nobody has gotten annoyed if someone can’t go out because of Uber surges and the high cost of craft cocktails. I’ve realized that most people would rather crack open a bottle of wine in the living room anyway — they just don’t want to be the one to break the ice.

Talking about money with friends and loved ones is a necessary evil, and at the cost of sounding too much like a sex-ed teacher, everyone is waiting for someone else to bring it up. For better or worse, we are going to be living in the capitalist upside-down for the rest of our lives, and the sooner you’re able to set financial boundaries with people you’ll most likely be spending money with and on, the better.

Meg is a writer, reader, and editor living in Los Angeles. Reach her on Twitter here.