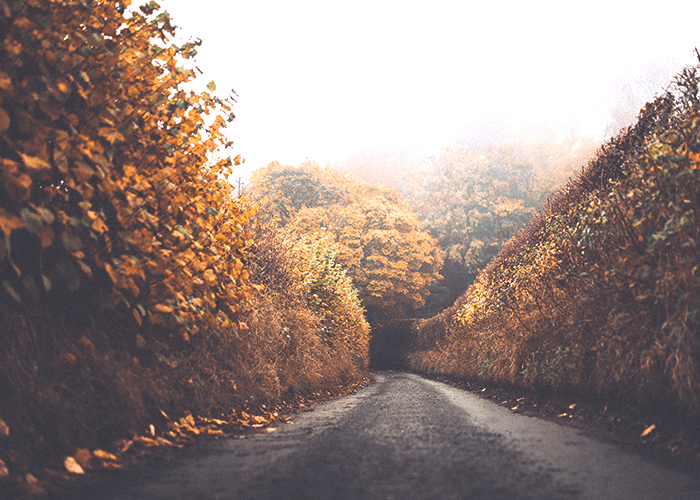 Student debt is one of the largest financial burdens on the millennial generation. As you’ve probably heard, Americans owe nearly $1.3 trillion in student debt, and that’s only spread out across 43 million people. The average college graduate has over $35,000 in debt. This prevents or delays us from living on our own, buying a house, getting married, or starting a family.

I graduated from college in 2009, the height of the Great Recession. I had about $25,000 in debt from my New York state school, and not a lot of great job prospects. Regardless, I moved to Washington, D.C. with only a minimum wage job lined up, and hoped for the best. I scored a paid internship and managed to pay my $600 rent (for a shared studio apartment!) and feed myself on my $1,200 a month salary.

But six months passed quickly, and my student loan grace period ended. I was told that I would have to pay nearly $300 a month towards my debt, which seemed impossible, considering that was a quarter of my income and I lived in one of the most expensive cities in the country. While I tried not to weep into the phone, the kind loan officer recommended the income-based repayment plan to me, a new plan set up by the Obama Administration.

I eagerly signed up for the repayment plan, which meant that I had a $0 balance to pay every month. This was because the monthly amount is based on your previous year’s earnings, and I had only earned $3,000 as a college senior. So, for two years, thanks to my low income, I didn’t have to pay anything towards my student debt

. I thought that was a pretty sweet deal (and it really did save me at the time), but then I was left with the original debt, plus all the interest accumulated over two years of not paying it down.

After those two years were up, I was 24 years old, living in my own apartment for the first time, and I realized I wanted to start chipping away at that debt. I didn’t want to still be paying for college when I was over a decade out of school. I did the math and realized that if I paid the minimum of $264 per month, I could pay off my loans by the time I was 31. But in reality, I ended up paying off the last of my loans two months before I turned 28.

1. I paid more than the minimum payment.

As I said, for two years, I paid nothing towards my federal loans. At first, when I started actually paying them, I only paid the minimum. Eventually, I noticed how quickly the interest kept growing and growing, even after I paid the monthly amount. I decided to start paying extra towards my loans in addition to the monthly minimum. The minimum would be automatically deducted from my checking account, and then I would pay whatever amount made sense to me financially at the end of the month. (Pro tip: If you have something like Kwikpay set up, be careful that your loan provider doesn’t cancel your next automatic payment after you pay an additional amount. That happened to me for a couple months before I noticed and resulted in additional interest accrual.)

2. I included paying extra in my budget.

I had to figure out exactly where my money was going, so I set up a detailed budget spreadsheet in Google docs. From there, I figured out where I could spend less or eliminate spending altogether. If you don’t know how much you’re spending every month, you won’t know how much money you can put towards your debt. Figure out how much comes in, how much goes out for your bills, and how much you’re spending on things like groceries, gas, shopping, dining out, etc. Where can you cut back? Make your own spreadsheet, or use helpful (and free!) apps like Mint or LearnVest to keep track.

3. I started bringing my lunch to work every day.

Obviously, if you don’t have money leftover after paying your bills every month, you can’t pay extra towards anything else. That’s why you need to find ways to spend less and save. My office is located in one of the “best” areas of D.C. in terms of lunch options. When I was an intern, I’m pretty sure I went out for lunch most days. I still don’t know how I afforded that. But once I was living on my own, and paying back my loans, I decided this was one thing I could easily cut out. A salad at Chop’t is at least $10, and lunch at my favorite Thai restaurant is usually around $15. So, bringing leftovers or a sandwich everyday saved me $50-$60 every week. Over four years, that’s $12,480 in savings! And nearly half of what I owed in student loans.

Income creep is when, as your income increases, so does your spending. It’s one of the reasons why most Americans are still living paycheck to paycheck, regardless of their salary. As we earn more, we start to take on higher expenses. A bigger house, a more expensive car, fancier clothes, etc. But if you begin to earn more, but keep your spending the same, you can do so much with that extra money. As I was paying back my loans, I got promoted, and later, my boyfriend moved in with me, so I also ended up saving thanks to newly-shared expenses. The number one way I was able to really ramp up my debt payments was avoiding income creep. I pretended that I wasn’t earning more or paying less in expenses every month. The extra money that was coming to me from the promotion and splitting rent and utilities went directly to my loan provider.

Not everyone will have the same opportunities as I did. But if you pay attention to where your money is going every month, and cut unnecessary spending, it’s possible to spend less and chip away at your debt.

Maggie is a Certified Financial Education Instructor and financial coach for women. She founded Maggie Germano Financial Coaching with the mission to provide women with the support and information they need to take control of their money and reach their goals. In her spare time, she likes to go to concerts, garden, brew kombucha, and travel. Follow Maggie on Twitter, Instagram, and Facebook to join the Money Circle group! For more information, or to contact Maggie directly, visit her website.