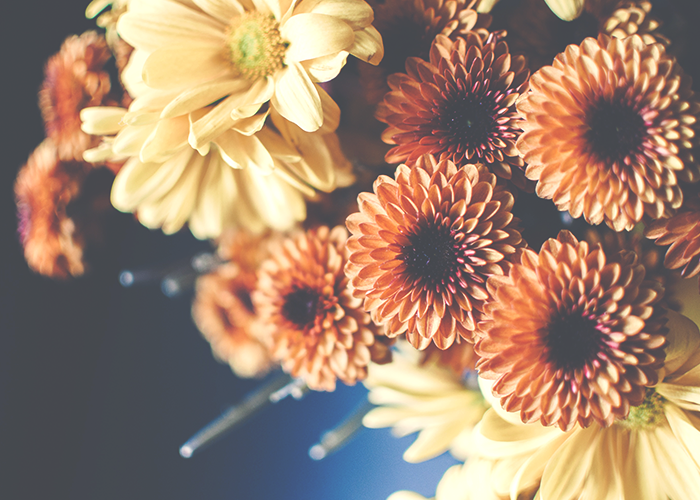 I talk about Pinterest so much, I feel like I should be sponsored by them. I’m a 22-year-old woman, so I expect nothing less than a full-blown Pinterest obsession from myself. My roommates first introduced me to it during my freshman year of college, and I’ve been in DIY heaven since that fateful day.

The catch, it seems, is that Pinterest is usually a huge contributing factor to my reckless spending. Once I see a tOtAlLy sTyLiSh pin, almost nothing can stand in my way of making it mine. It is nothing but trouble, and I’ve even gone as far as deleting the Pinterest app from my phone to prevent myself from mindlessly scrolling through pages of beautiful shit that I’ll convince myself I need in my life.

But recently, Pinterest helped me do something different — something insanely productive.

I share a lot of stuff here on TFD, but here’s something you guys might not know about me: for the past 12 weeks, I have been on a Pinterest Savings Plan. One of those too-good-to-be-true, makes-saving-money-look-soOoOoOo-easy programs that is basically just a colorful little graphic telling you exactly how much money to set aside from your paycheck each week for 12 weeks in order to save a certain amount of money. The one I chose was a $1,000 savings plan, and my reasons were twofold: 1) I have a $1,000 savings goal that I’m currently working towards (and planned to reach by December), and 2) the yellow and blue colors on the graphic were very aesthetically pleasing for me. So, I printed it out, and hung it up on my bulletin board above my desk.

The problem with these types of savings plans is obvious: most people who are not putting away x amount of money from their paycheck per week are most likely not doing so because they simply can’t afford to. It is unrealistic to assume that everyone has an extra $60 a week after all of their other financial responsibilities are taken care of. It is unrealistic to assume that everyone has any amount of money with which they will get to make the wonderfully-difficult choice of deciding to put it into savings or spend frivolously on fun things. If they do, they’re probably not desperately searching Pinterest for advice on how to quickly save money.

But, I do have money that isn’t currently going towards things, and my “saving” process usually just consists of me transferring money into my savings account so that I don’t feel like I need to pay bills from checking at random intervals throughout the month. When I have a specific savings goal that I’m working towards, that process is generally the same, but I adopt a few money-saving techniques to help me cut my spending wherever possible in order to eventually reach the goal.

I’m an avid budgeter, but I’ve never been a person to follow a strategic savings plan that required putting away a certain amount of money, or a certain percent of my paycheck every week. But while messing around on Pinterest one day, and coming across this particular 12-Week Money Saving Challenge, I decided to see if I could stick to it religiously in order to save the money.

I am happy (and sort of surprised) to announce that I was able to meet the goal. Well, to be honest, I’m reporting a day early — by the end of the day, once I put the money from this week’s paycheck away, I will have met the goal. And I have nearly $1,000 cash in an envelope (But I promise I’ll put it in the bank tomorrow! I promise! So don’t yell at me and call me a conspiracy theorist! I trust the bank, sort of!) to prove it.

I’m kind of amazed that I was able to stick to a plan that was so rigid, because I’m such a “go with the flow, adjust your budget according to what you want and when you want it” type of person — It did come at a price.

With these kinds of rigid savings plans, there is no room for making changes or deciding to save less. You either set aside the amount of money designated for that particular week, or you don’t. One particularly difficult week hit recently, when I wanted so badly to go to an event with a friend, but knew that the $75 I’d have to spend for one evening of fun would mean I’d have to cut $75 out of my budget somewhere else in order to meet that weekly savings goal — so I had to say no.

It actually feels, in some way, empowering to tell myself “no” to things that I want, because I’ve never quite had a situation in life where I felt so financially strapped that I had to truly give up things that I’ve wanted. (To be fair, I’ve never wanted or spent much on anything extravagant — I’m just talking a night out here, a cup of coffee there, etc.) I’ve always had goals, but never ones that were so strict, with a set amount of money I needed to save per-week — having a small, weekly goal of $60-100 felt manageable, and I felt super productive every time I skipped some frivolous activity to put the money towards my goal.

I’m so happy to have reached that savings goal I had set for myself at the beginning of the semester a few weeks early. I’m going to keep following the Pinterest savings plan in the exact order on the graphic for the next month too, just to see if I can save up a tiny bit more before the impending holiday season.

Oh — and I’m putting the Pinterest app back on my phone.