How To Talk About Politics At Work — & How Not To 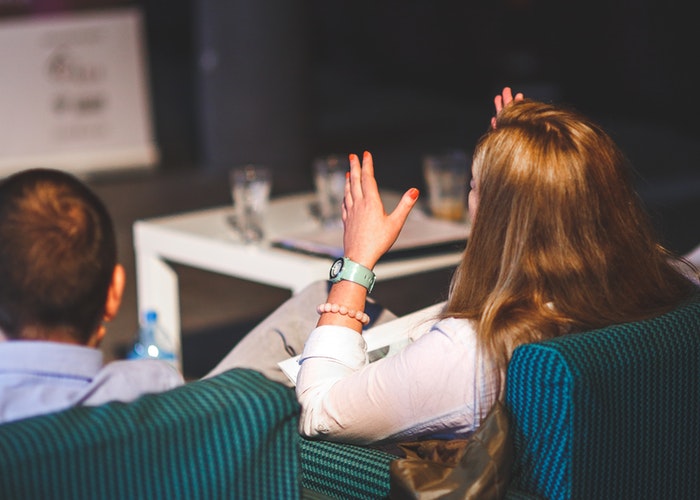 Politics can be a tricky topic to navigate in any situation, but this is especially true in the workplace. Many workers may find themselves struggling to stifle their opinions in everyday conversation, especially as the 2020 U.S. presidential election nears.

Office culture heavily dictates what is acceptable when it comes to talking about politics, or any other controversial matter, at work. While some workplaces are led by politically open managers, other workplaces frown on any political discussions. Regardless of the tone set by upper management, what one coworker deems to be acceptable water cooler talk may be inappropriate, and even offensive, to another. There are some takeaways to consider when talking about politics in the workplace.

Recognize that politics is everywhere – yes, even in the workplace.

Ignoring politics in the workplace can feel impossible. Aside from being a topical discussion point (how can you not discuss the impeachment trial if it is happening during your lunch break?), it is also often relevant to workplace inclusion efforts.

As offices aim to make their workplace culture one that is inclusive of all, regardless of sexual orientation, gender, ethnicity, and race, it can feel natural to point to political initiatives impacting those same groups (such as the Safe Communities Act). This makes it increasingly difficult to completely avoid talking politics in the office.

Most employees prefer to avoid politics.

Glassdoor recently conducted a survey that found 60% of employees polled in the U.S. believe it’s not a good idea to talk politics at work. Moreso, about 24% of employees polled said that they would not want to work with a co-worker who disagrees with them on the next presidential candidate.

As a result, many employees choose not to share political leanings unless they are confident their coworker will agree with them, or at least accept their point of view. However, this can be tough to measure. Generally, if your colleague is open to friendly dialogue and supports you as a coworker, offering a casual and open-ended conversation on the day’s political news likely won’t bring much harm. Making sure that you do not force the conversation, nor take the conversation to a personal level, remains key.

Know your rights when it comes to speaking politically.

You have the right to free speech, but that doesn’t mean you can say whatever you want at work. Your ability to speak freely politically without fear of repercussion at work depends on your state, but generally, know that your employer may be able to reprimand you for doing so on solid legal ground. Corporations are not generally bound to the same free speech requirements that the United States government upholds, and only some states protect their residents from retaliation (like termination) for political activities.

Currently, 29 states and the District of Columbia have statutes that protect employees from retaliation for off-duty activities, including lawful activities like political organization. If you are concerned about the repercussions of your political activism in or outside of the office, its best to clarify what is protected with your HR team.

Though it can be natural to slip into political discussions at work during the election season, it is important to be aware that this decision comes with inherent risks. Aside from potentially offending a coworker, you can even face career repercussions. Your best bet? At the very least, brush up on your workplace guidelines and your state’s laws so you know what the rules are for bringing politics into the workplace.